Two officers were struck by bricks, one by a tree branch and the other was cut in the neck. 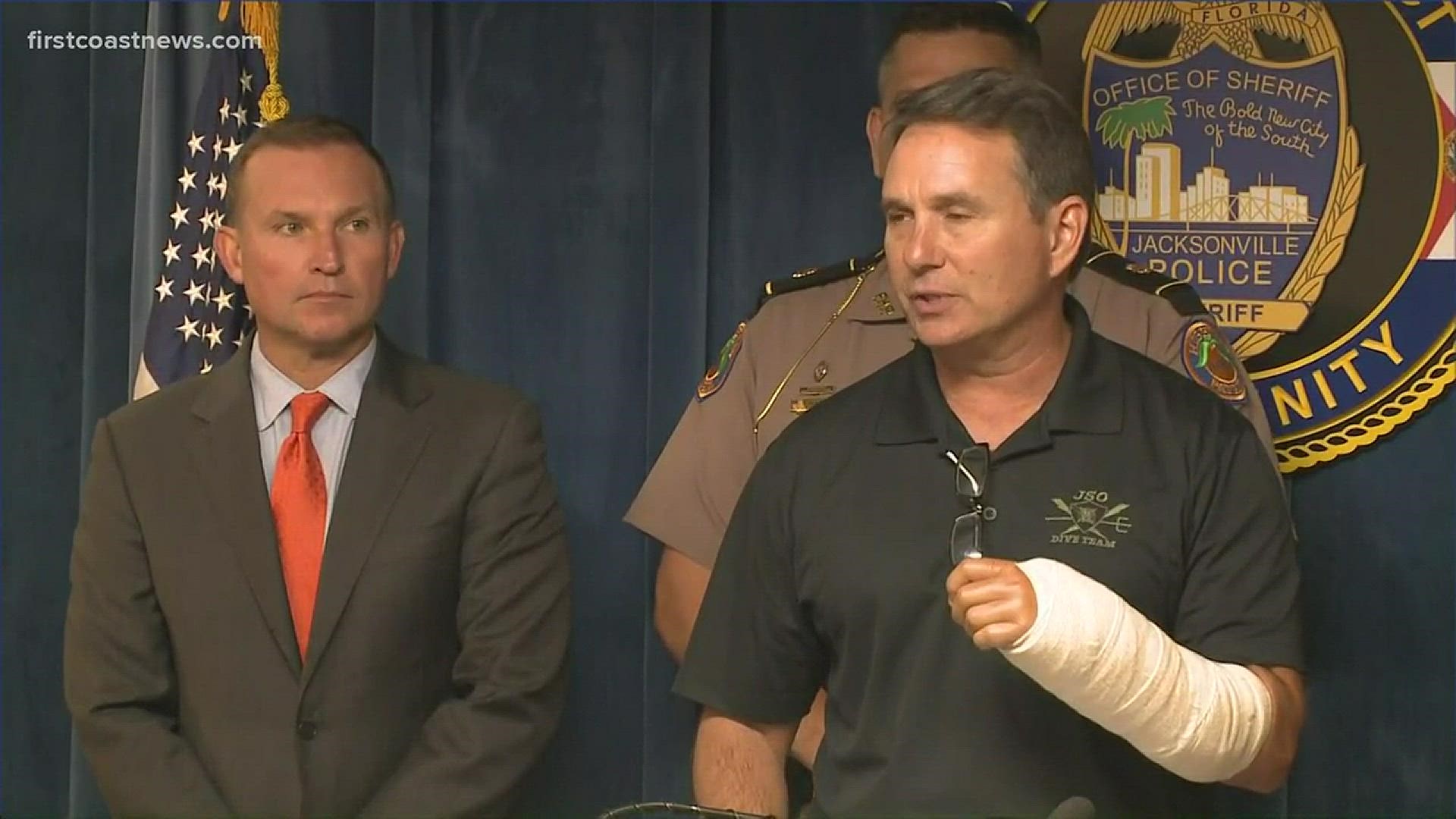 Curry briefed members of the City Council regarding his decision to implement the curfew that extended from Sunday evening into Monday, saying that while most weekend protests were peaceful, there were still some who resorted to acts of violence and destruction.

However, Curry said that he's proud that the majority of people were not able to be swayed by a few "bad actors."

In a separate briefing Tuesday, Curry was joined by Sheriff Mike Williams who gave specifics regarding some of the events that happened during the protests over the weekend.

Williams said there were over 3,000 peaceful protestors during the day Saturday gathered downtown and about 400 remained later into the evening that began to get rowdy.

He stated that in total, six JSO squad cars were vandalized and four officers were injured. Two officers were struck by bricks, one by a tree branch and the other was cut/stabbed in the neck. They are all expected to be OK.

By 10 p.m. Saturday, there were 25 arrests made. Williams says 23 of those arrested live in Duval County.

He said the events on Sunday were similar in the way that the protests began peacefully but began to take on a different tone as they continued throughout the day.

Williams says human barricades were formed, roads were blocked and bottles were thrown. It was these destructive events that led to 53 arrests on Sunday.

He says some of the items confiscated from arrested individuals included Molotov cocktails, balloons filled with gasoline, a hatchet and even a handgun.

Williams says 39 of the people arrested were from Duval County and others came from various parts of the state.

Curry says it was these acts that led to the curfew and civil emergency put in place Sunday evening as a precautionary measure.

Jacksonville lawyer John M. Phillips, of Phillips & Hunt, says that most imposed curfews are legal but some do have the potential to violate constitutional rights.

Phillips says past cases have consistently held it's a proper exercise of police power to respond to emergency situations. These usually occur only under the threat or after major illegal behavior, such as to prevent widespread looting or damage to property.

RELATED: Blackout Tuesday activists are asking you not misuse the #BlackLivesMatter hashtag