City officials last week released renderings of the winning design for Riverfront Park downtown. The reviews from the public were less than stellar. 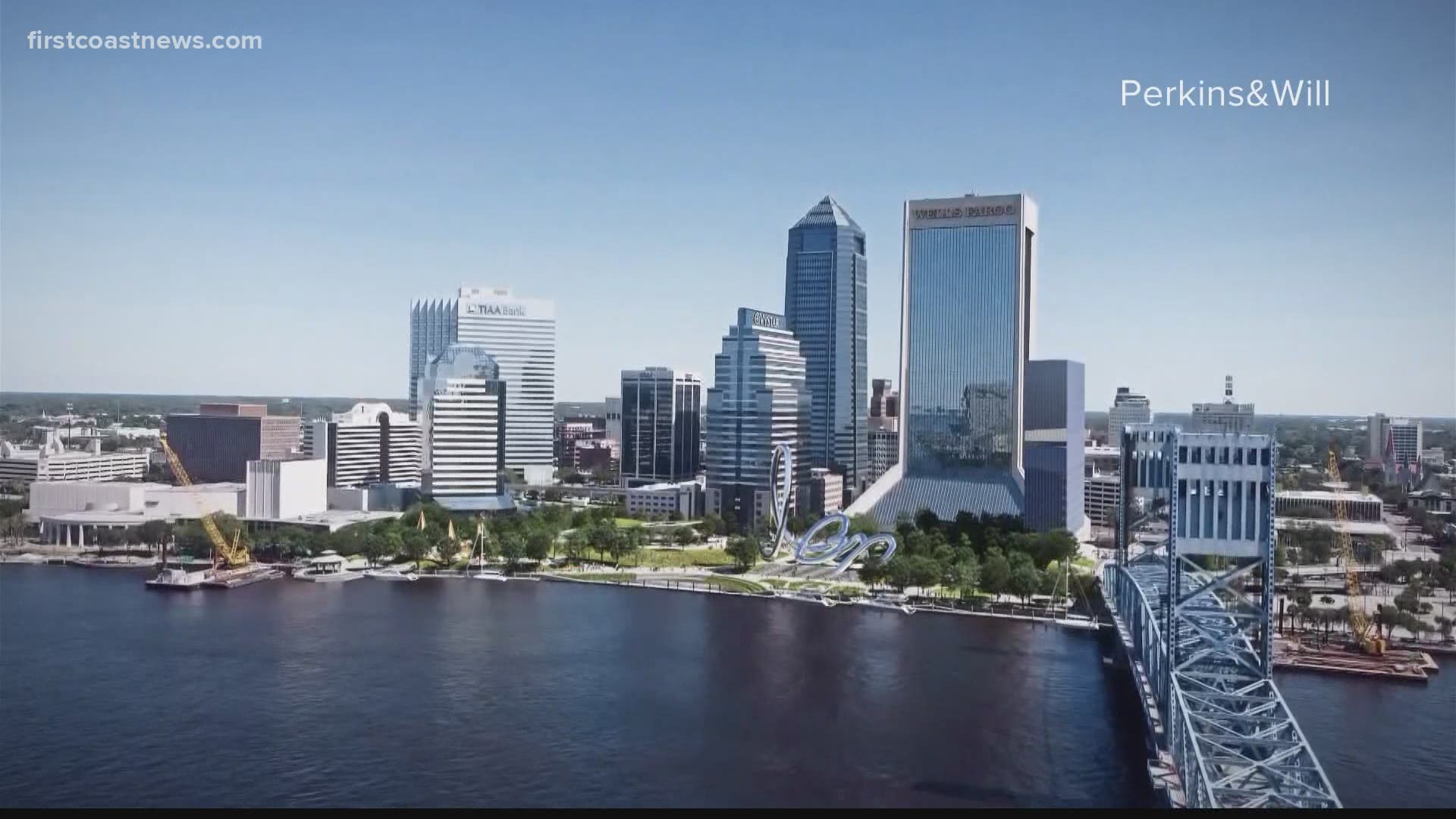 JACKSONVILLE, Fla. — Jacksonville city leaders announced last week that Dallas, Texas-based designer Perkins & Will submitted the winning design for Riverfront Park. As the city embarks on reshaping the future of the former iconic Jacksonville Landing location, the public was quick to share dismay on social media with the firm's proposal.

Most of the comments were people saying they're confused about what the lettering on the designs spells.

RELATED: It says 'Jax' but why do so many people think it says something else?

Over the weekend, a petition was launched on change.org titled "Stop the lex, lerp, derp jax statue." The petition was filed under the name "Jacksonville Florida The 904" and had 540 signatures Monday afternoon.

Another petition has more than 12,000 signatures as of Tuesday morning.

"There is a detailed process through the Downtown Investment Authority for a project of this magnitude. While at this time, neither the Mayor or City Council have had the opportunity to fully examine the winning design, once that does occur there will be an opportunity for input and the public’s views will be taken into consideration prior to finalizing plans and beginning construction."