A Jacksonville man faces a year in prison and a $50,000 fine for killing a sawfish, which is listed as an endangered species. 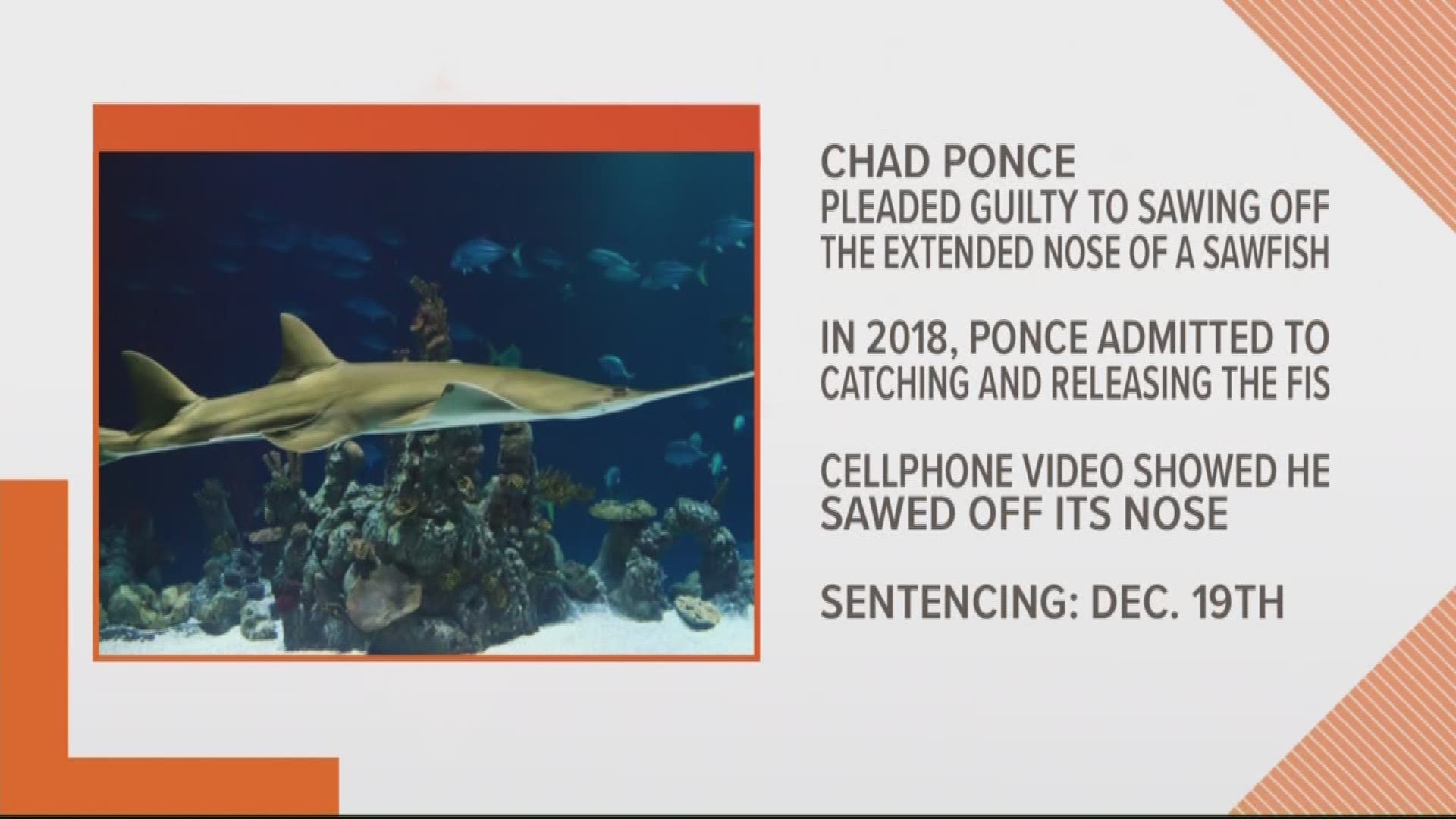 A Jacksonville man faces a year in prison and a $50,000 fine for killing a sawfish, which is listed as an endangered species.

Chad Ponce pleaded guilty to removing the extended nose of a sawfish last year using a power saw while fishing in a boat off the coast of Ponte Vedra, according to court documents.

In July 2018, the St. John’s County Sheriff’s Office received a tip that an individual aboard a shrimping trawler had cut the rostrum off of a live sawfish.

Florida Wildlife Officers boarded vessel and Ponce admitted that he had inadvertently caught a sawfish in his nets but stated that he released the fish unharmed back into the waters off of Ponte Vedra Beach.

The incident was reported to the National Oceanic and Atmospheric Administration (NOAA) due to the sawfish’s status as an endangered species.

NOAA officers located several eyewitnesses to the incident, including one who videotaped the capture and decking of the sawfish.

The report states the fish was approximately 12 to 14 feet long and is seen in a cell phone video trapped in the vessel’s netting and being hauled onto the deck of the vessel.

The captain of the filming boat is heard asking Ponce if the fish was a sawfish, to which Ponce replied yes. In the video, Ponce can be heard offering to cut the saw off and stating that the fish is still alive, the report states.

Eyewitnesses from two boats told officials they saw Ponce retrieve a power saw and use it to remove the rostrum from the fish.