Sterling Warner urges drivers to be extra careful crossing the metal plates southbound, especially if driving with a load or on a motorcycle. 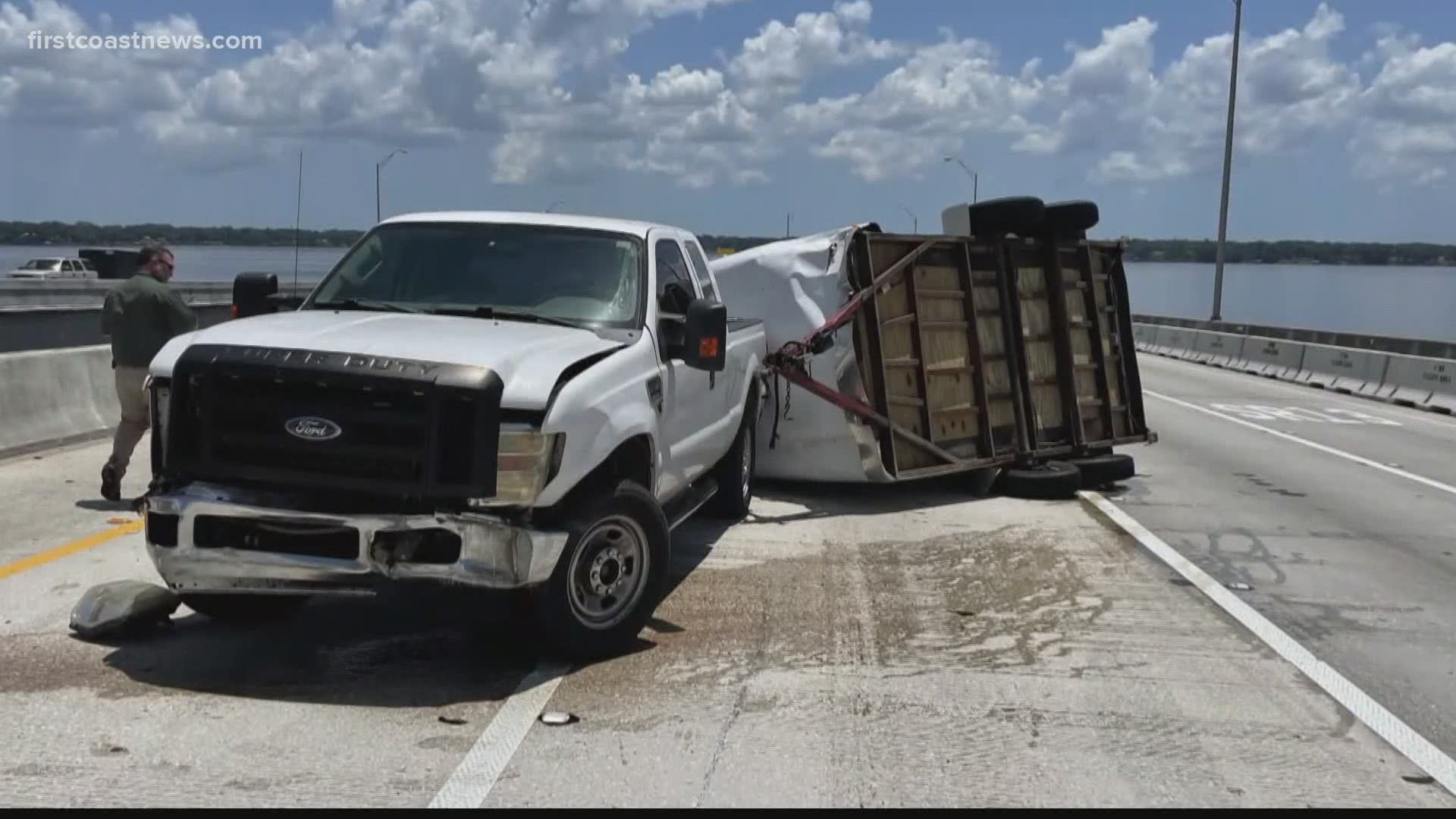 JACKSONVILLE, Fla. — There were two crashes in two days going southbound on the Buckman Bridge.

The crash Thursday led to a big backup at the peak of rush hour. According to the Jacksonville Sheriff's Office, at least one car was involved and someone was injured.

Then, on Wednesday, there was another single-car crash that closed down three lanes on the Buckman Bridge for more than an hour.

The Jacksonville man who was behind the wheel says it happened while driving over the temporary repair, which was made two weeks ago by Florida Department of Transportation after minor damage caused the bridge to close for hours.

Living minutes away from the Buckman, Sterling Warner takes the bridge back and forth all the time for work.

However, the trip back home in his truck Wednesday was much different.

“I was looking where the truck was headed, and it was headed straight into the wall," Warner explained.

He said he was going the speed limit and even saw the bump warning sign, but wasn’t ready for how the temporary repair would impact his empty trailer.

“It probably felt like I left the ground, the truck. And then once the trailer went over it, I knew that something was wrong," Warner said. “The trailer kind of started swaying and then flipped around. And then it slammed the front of the truck into the guardrail on the side of the bridge. I thought that I was gonna go in the water honestly.”

Warner said he now has to replace his brand new work trailer and truck, which are both totaled. He even received a ticket for careless driving. However, Warner is thankful it wasn’t worse.

“Luckily, there was no one around me, that was really the saving grace," he said.

The spokesperson says the timeframe for the permanent fix is still being worked out, but that it should be completed over the next few weeks.

In the meantime, Warner urges drivers to be extra careful crossing the bump, especially if driving with a load or on a motorcycle.