Yard waste accounted for 62% of the thousands of formal complaints of missed collections over the past six months, according to city records. 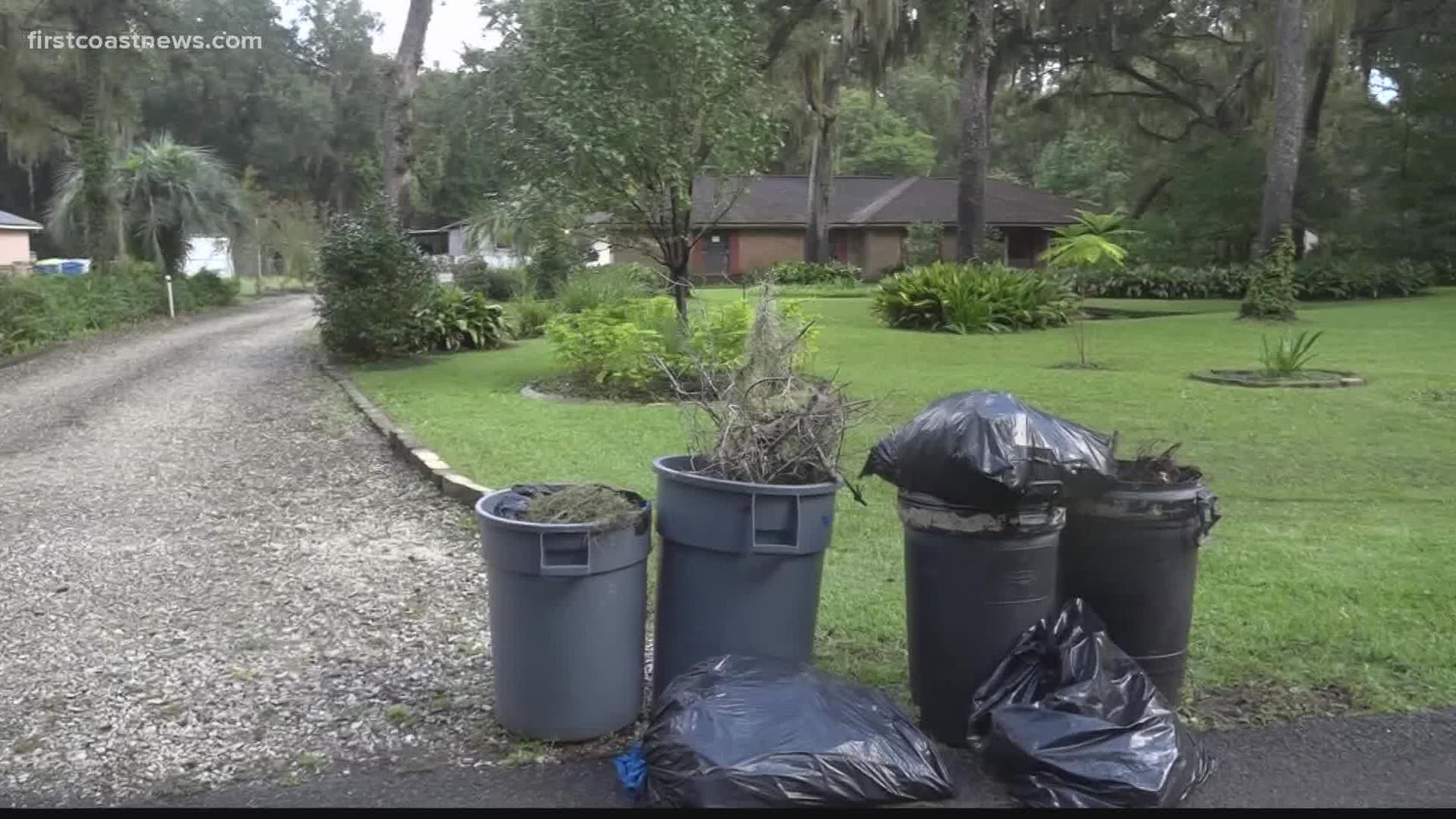 JACKSONVILLE, Fla. — As waste collection delays plague Duval County, the City of Jacksonville is working toward a solution.

First, Mayor Lenny Curry is looking for city council’s approval to use $4 million of federal funds to help solve the problem.

She added that the yard waste was picked up last week in her northside neighborhood on every nearby street except hers.

Russell believes it's been about six weeks since she’s had her trimmed branches collected by a hauler, and she’s starting to run out of trash cans to put them in.

“I have about three or four more cans in the back that I'm just not gonna drag out here until this is gone," she explained. “I realize that it's hard to fill positions. I know that. And I know that we're not the only people. But, I think they can do better than this. I just think there has to be a solution.“

A solution by the city is in the early stages.

What will it take to make it happen?

On Tuesday, the city council's finance committee allocated $4 million, just a piece of the $171 million the city received for COVID-19 recovery. However, the funding still needs to get full city council approval during its meeting next Tuesday.

The money would be used to find a temporary solution to yard waste collection, which accounted for 62% of the thousands of formal complaints of missed collections over the past six months, according to city records.

However, what that solution is hasn’t yet been decided.

“Every councilmember, this is a top priority," finance committee vice chair Danny Becton said. "We're all getting the phone calls. It's an emotional topic for all of our constituents, even for us in solving this.“

Becton says several ideas were tossed around during Tuesday's committee meeting, which included:

Becton believes no matter what temporary solution the mayor’s office decides to pursue, it will likely take time before it can be implemented.

District 2 City Councilmember Al Ferraro has also been working on a permanent solution to speed up all collection services. He is proposing that the city open more landfills in industrial areas and partner with Gaston's Tree Debris Recycling, which already has two sites in Jacksonville where yard waste can be hauled to.