The project includes a Four Seasons Hotel and Residences, an orthopedic sports medicine complex and improvements to the city-owned marina and public spaces. 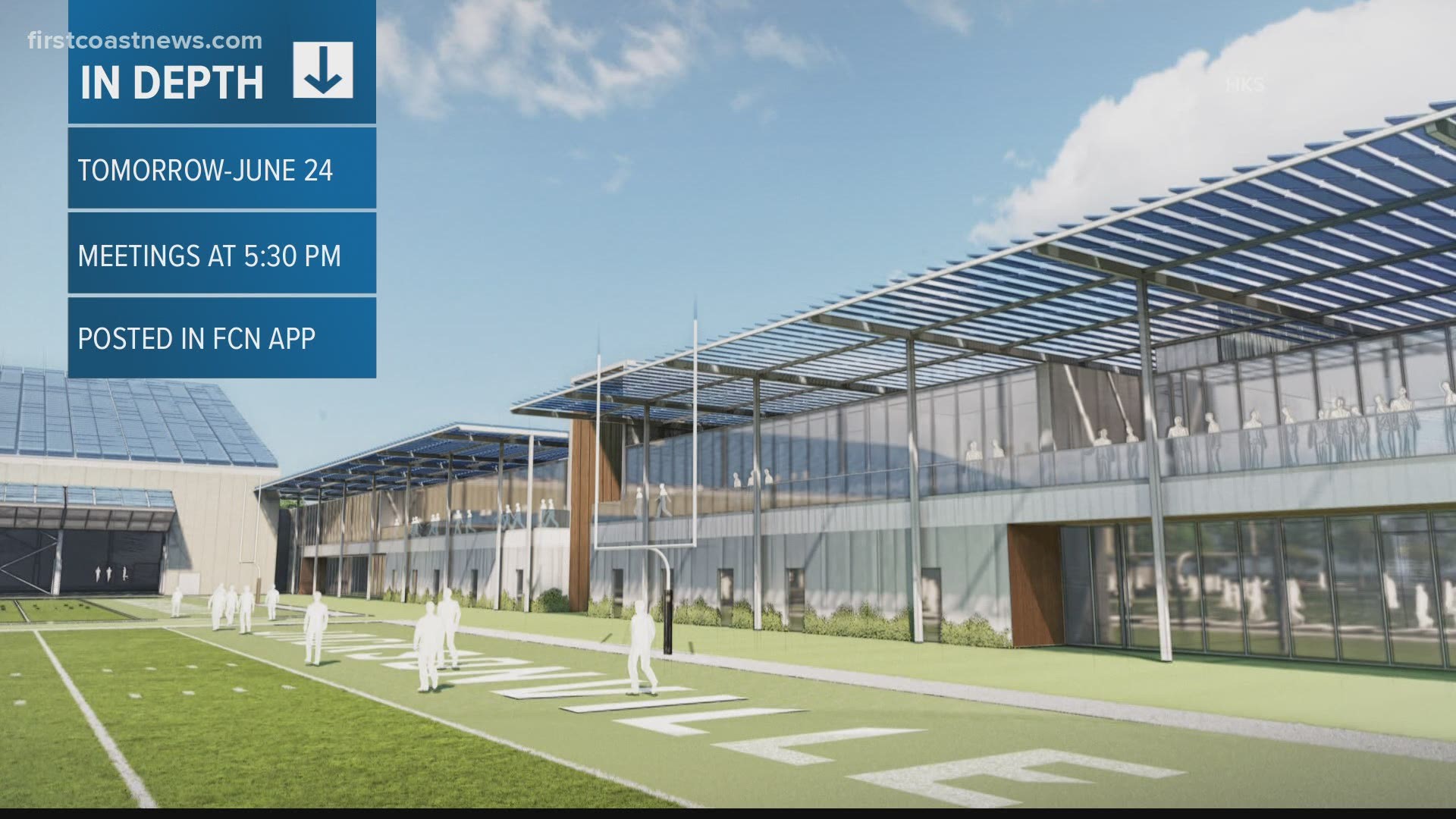 JACKSONVILLE, Fla. — The City of Jacksonville and the Jacksonville Jaguars will hold 14 meetings in the next 10 days to discuss proposed projects by the team.

Earlier this month, the Jaguars unveiled a new project that would help to transform the Downtown Jacksonville area. The project includes a Four Seasons Hotel and Residences, a new office building, an orthopedic sports medicine complex and improvements to the city-owned marina and public spaces. The project is in partnership with Iguana Investments.

RELATED: New football center, Four Seasons on the horizon for Downtown Jacksonville according to Jaguars

The team also released details about the vision for a football performance center, which will be the first step in creating the “Stadium of the Future” for Jags fans.

The purpose of the project is to increase the number of jobs in and visitors to Downtown, boost community development and the Downtown residential population.

At each of the meetings, staff with the Jaguars will be available to answer questions by the public.

The meetings will take place at various locations across the First Coast. Many of the locations are in Duval County, with meetings also happening in Nassau County, Clay County and St. Johns County.

The dates and locations of the meetings are:

Here is a list of the Jaguars town meetings on their development and plans for the stadium: pic.twitter.com/hpbKYoY8gQ