Most of the fans at Culhane's Irish Pub Southside said they hope the Jaguars can at least make the playoffs as a wild card team. 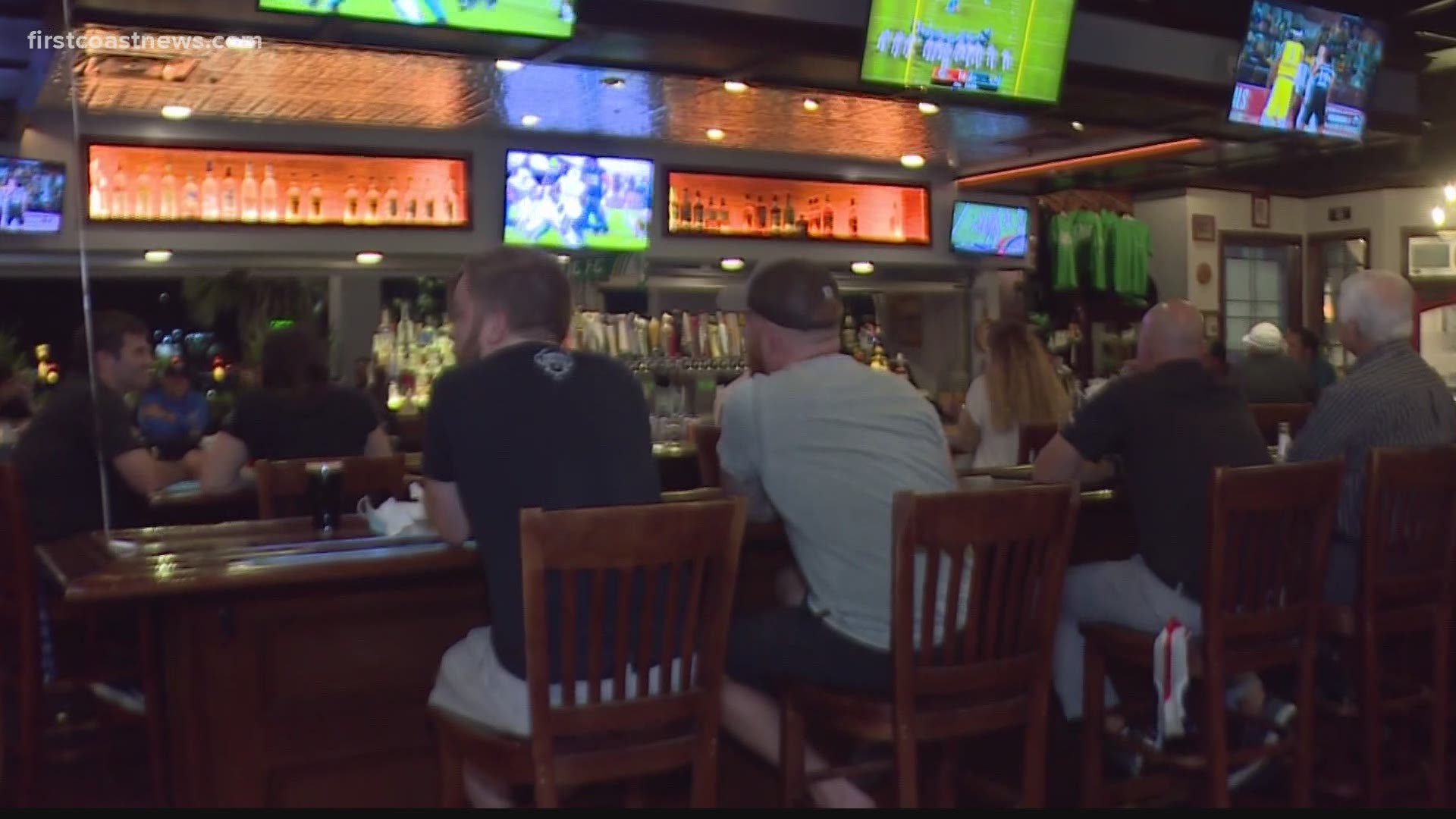 About 50 Jags fans enjoyed the festive atmosphere at Culhane's Irish Pub Southside to cheer on their team and see them play primetime against the Miami Dolphins.

“Go Jags, right? They need to get it together though,” Jags fan Anthony Damico said during halftime.

Damico has been a die-hard Jaguars fan for five years. He's feeling more optimistic about the season.

“There was a lot of doom and gloom going into the season," Damico said. "Everybody thought we were tanking. We’re outperforming what everybody thought they were going to do, so it’s kind of easy to be optimistic.”

Pete Russo moved to Jacksonville from Miami. He used to be a Dolphins fan, but now roots for the Jags, and he's hoping for a playoff berth.

“I’ve been hoping every year since we started," Russo said. "I think we can be close to the playoffs. In a couple more games, we’ll probably we able to determine better.”

Mary Jane Crowley owns Culhane's Southside and is a huge Jaguars fan herself.

“You can tell everybody is just doing their thing," Crowley said. "They’re social distancing. They’re excited to be here. Everyone’s just feeling very happy. They're happy to showcase the National Football League.”

“It’s just nice to have something normal," Damico said. "Football is normal for us, and it’s nice to have that back rather than all the 6 foot and the masks. It’s great to be watching football and rooting for your team.”

Most of the fans at Culhane's said they hope the Jaguars can at least make the playoffs as a wild card team.

Are you watching this game?
Jacksonville @Jaguars fan Pete Russo is excited for tonight's primetime @NFL game against the @MiamiDolphins. @FCN2go photojournalist @MOLIVER_RW3 will have the story live from @cipsouthside at 7 & 11. #NFL #DUUUVAL #Duuuuval #Jaguars #JagNation pic.twitter.com/LVTBErTOyS