Jacksonville Humane Society $250,000 in the red after canceling main fundraiser due to COVID-19 concerns

The money from the "Toast to the Animals" event goes to the shelter's medical fund, which helps both animals in the shelter and in the community. 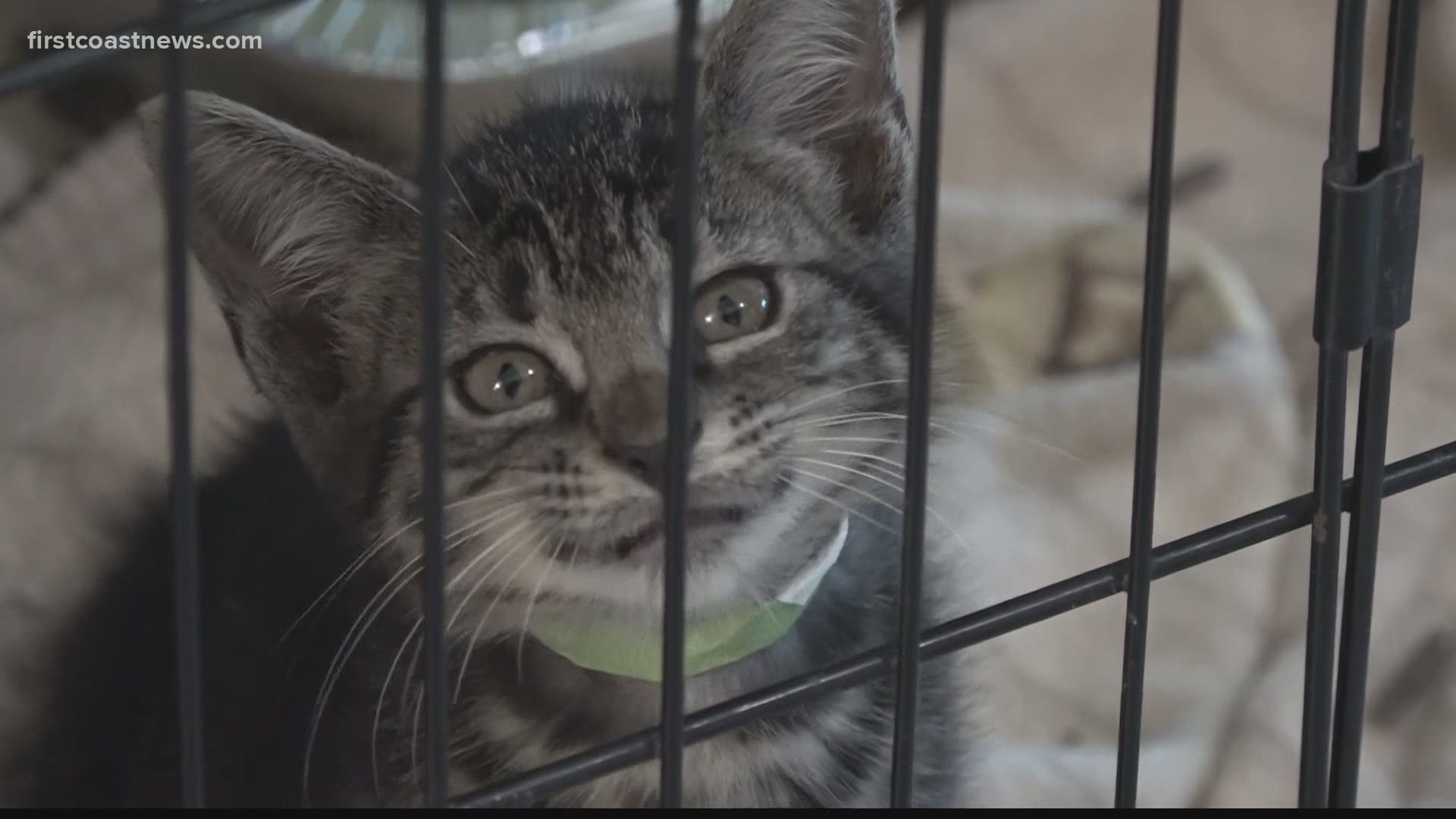 JACKSONVILLE, Fla. — That's how much the Jacksonville Humane Society says $250,000 in the red because it has to cancel a big fundraiser due to COVID-19. It's asking for the community's help to get some green.

“Hercules is a very special dog for us. We were asked by another shelter to take him in because they had some behavioral issues. What we discovered in working with him is his issues were all related to medical reasons. He didn’t like to be touched because he was in a lot of pain," said Lindsay Layendecker, assistant director of development for the Jacksonville Humane Society.

Hercules had hip surgery through the Jacksonville Humane Society's medical fund and good will be up for adoption.

Poncho is a 4-month-old kitten. His eyes are stitched up after a second surgery through the medical fund. Poncho was born without eyelids. The surgeon grafted skin from his cheeks to form eyelids.

Credit: Dawn White
Poncho is recovering at the shelter after his second eyelid surgery

The money to fund surgeries for Hercules and Poncho, as well as other animals at the shelter, is in jeopardy. The Humane Society had to cancel its largest fundraiser of the year, "Toast to the Animals." The event normally raises around a quarter of a million dollars for the medical fund.

“The medical fund covers everything like when a pet enters the shelter, there are things they instantly need," Layendecker said. "They need vaccines. They need to be dewormed. They need a veterinary exam. We need to treat them for parasites. They need to be spayed and neutered.”

The medical fund also helps animals in need of veterinary care in the community.

The humane society will have an online auction beginning October 1 in hopes of making up for some of the funding shortfalls. You can find the auction on the non-profit's social media pages.

This is Poncho. He just had his second surgery grafting skin from his cheeks to give him eyelids. @jaxhumane is short $250,000 to help animals like Poncho through their medical fund due to canceling the biggest fundraiser amid #COVID19. How you can help tonight on @FCN2go. pic.twitter.com/29aN3hrHng

This is Hercules. He has a cone on because he just had hip surgery. Those at The Jacksonville Humane Society say they...