The president of J&L Management of North Florida was arrested on grand theft charges. 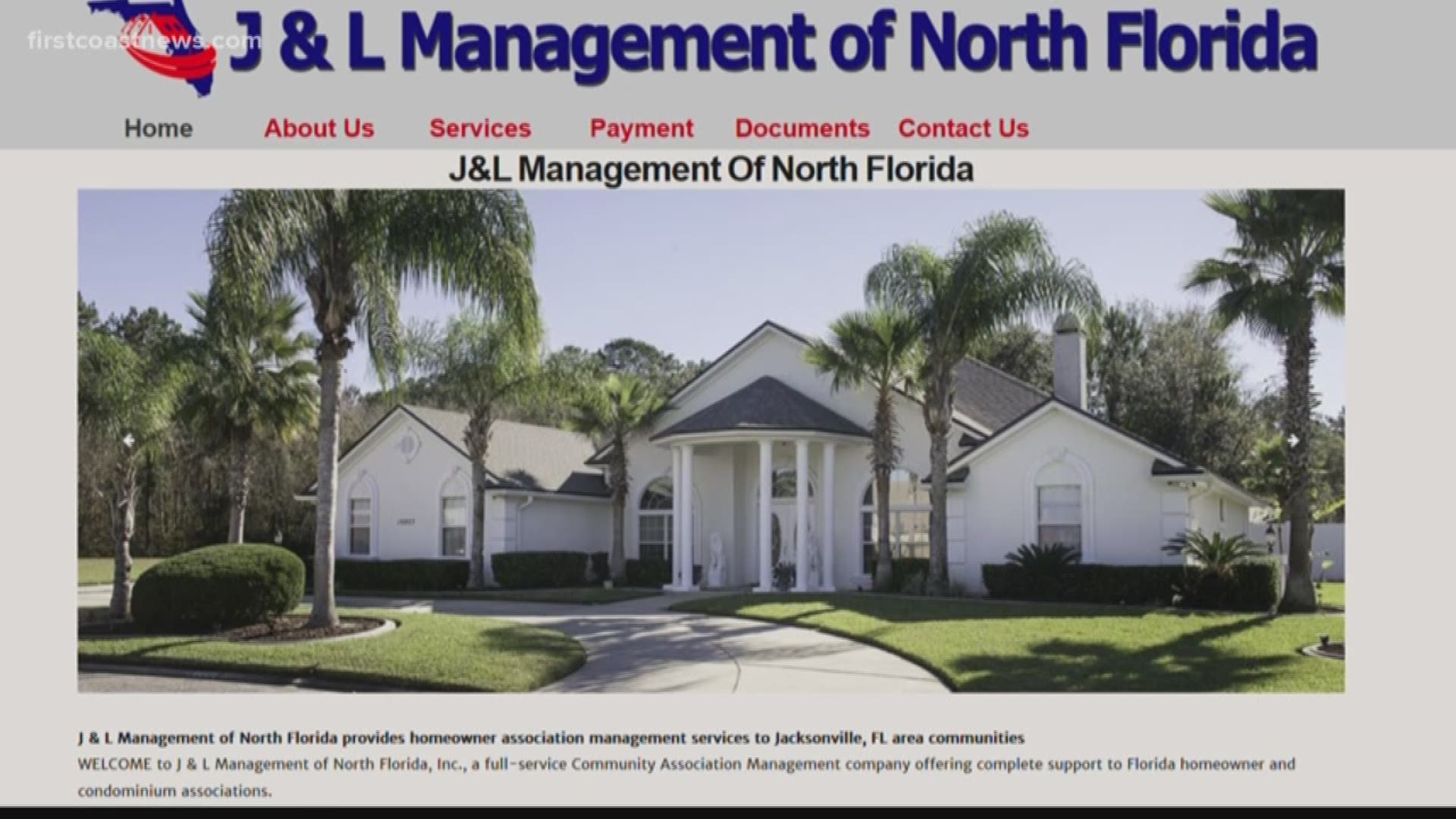 JACKSONVILLE, Fla — J&L Management of North Florida is a state-licensed agency that manages a number of homeowners associations, but the president, James Long, has been the target of complaints from previous HOA board members.

Richard Eldridge was on the Cambridge Estates HOA Board when J&L Management of North Florida was hired to manage the HOA.

Eldridge said 2015 was a very difficult year for the HOA under the guidance of Long.

"I thought it was the end of J&L because I filed a complaint with the Department of Business and Professional Regulation," Elridge said. "I provided them all of the documentation with our case, and six months later, I got a letter back saying 'We are not going to do anything to this.'"

In 2016 Attorney Kimberly Aiken was on the HOA board for Campus North. She said they too were having problems with Long and his company.

"The last statement he showed us stated that we had $1500 operating cash and the statement from the bank showed all we had were 78 cents," she said.

"Probably around April or May we started getting concerned," Mya Auer said.

Auer said they discovered discrepancies and began asking Long for an explanation.

"The bank statements did not add up," she said.

On Sept. 20, she made a sworn complaint with the State Attorney's Office.

On Nov. 21, state attorney investigators arrested Long on charges of grand theft. He is now out on bond.

"Bottom line is this man needs to no longer be in business and HOAs need to do a better job of vetting their property managers," Eldridge said.

Auer said her board is pressing for the prosecution of Long.

On Your Side contacted Long for comment. His attorney Gerald Wilkerson responded with this statement.

"We have no comment at this time other than to say that my client maintains his innocence and that we anticipate a favorable resolution going forward."

Long's company is state-licensed and has been in business since 2009. Investigators are encouraging anyone who feels they may have been a victim of Long to contact the State Attorney's Office.