So far during the rescue effort, 19 dogs have been pulled from rural shelters and 44 cats have been taken in by Paws Humane Shelter. 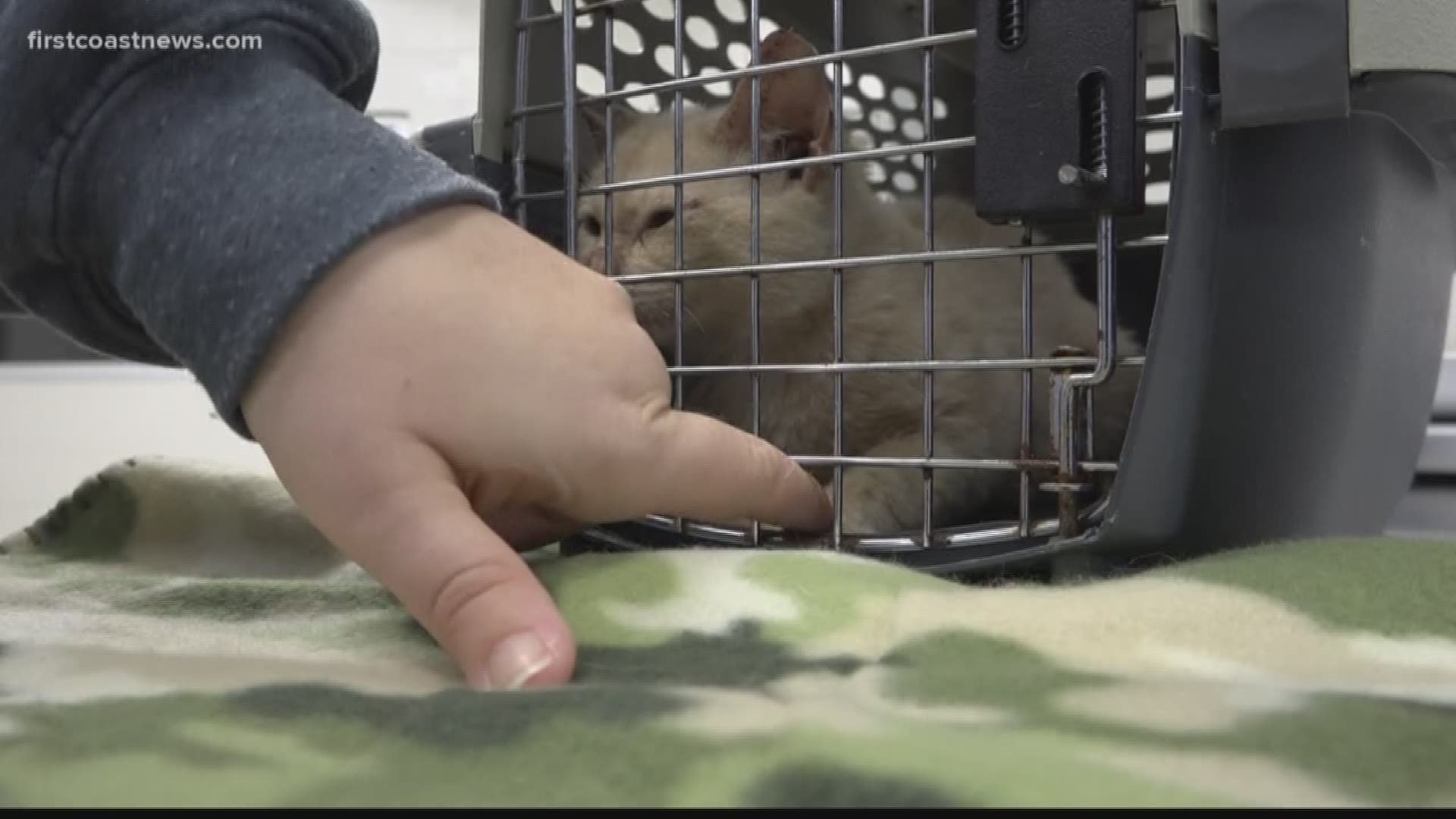 Jacksonville's Florida Urgent Rescue (FUR) is on a mission to rescue dogs and cats impacted by Hurricane Michael.

The organization has once again partnered with Paws Humane Society and Delta Airlines for their fourth hurricane transport geared toward rescuing cats and dogs.

The animals were already in shelters prior to the storm, and the organization is working to rescue them to make room for incoming strays and owner surrenders.

So far during the rescue effort, 19 dogs have been pulled from rural shelters and 44 cats have been taken in by Paws Humane Shelter.

"Some of the dogs we rescued from the panhandle are now in Atlanta ready to fly out to the Jefferson County Humane Society in Wisconsin," said Mike Merrill of FUR.

Merrill says FUR has shelters and rescues in Wisconsin, Michigan, Indiana, Virginia and New Jersey ready to take in the animals until they can be placed in a forever home.

"We will spend the next couple days getting vaccinations and health certificates before the next transport heads out," Merrill said.

In the past during Hurricane Irma, FUR relocated 121 animals to shelters and rescues across the country with the help of Paw Humane Society and Delta Airlines. During Hurricane Florence, all three organizations came together to transport 124 animals.

Animals lovers can join the cause by donating here.