Environmental hazards like lead poisoning are being included in the mitigation package to win mercy and a reduced sentence for juvenile offenders. 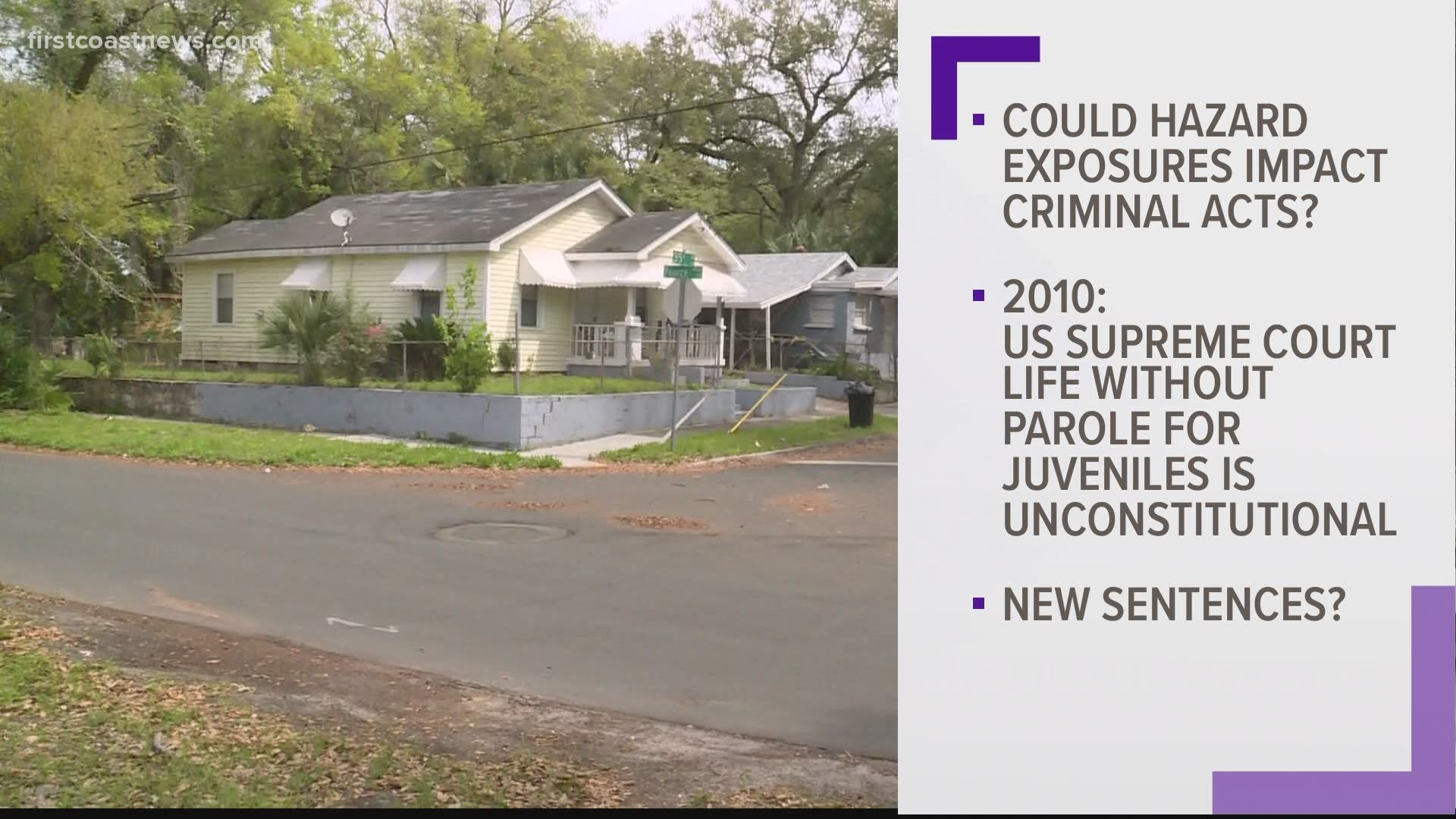 JACKSONVILLE, Fla — Jacksonville has a number of locations deemed an environmental hazard. Some of the toxic sites are in the low income neighborhoods, locations where children live and even play.

Now some of those children are adults serving life sentences in prison.

"We've had some of our clients described their life stories evolving around these neighborhoods," said Attorney Teri Sopp.

In 2010, (Graham v. Florida) The U.S. Supreme Court banned the use of life without parole for juveniles not convicted of homicide. The ruling applied to at least 123 prisoners, 77 of whom had been sentenced in Florida.

Sopp, with the Public Defender's Office, is the director of the re-sentencing project for juveniles serving life without parole.

"We have clients in these juvenile resentencing cases who were exposed, who lived in and on top of and went to school on top of and drink water from high level lead properties," Sopp explained.

She said the properties are still around and fenced off but still a danger to their communities.

As part of a mitigation package, data presented to prosecutors so they can get a fuller understanding of the client before sentencing, defense attorneys have argued sexual abuse, child abuse and even poverty were reasons to give the person a lesser sentence.

Now, environmental hazards like lead poisoning are being included in the mitigation package to win mercy and a reduced sentence.

"The crux of this issue is how lead poisoning can affect the development of the brain and how that plays a role in behavior especially in criminal activity," said Sopp.

There are a number of studies to support the legal argument.

"There is overwhelming evidence," Goldhagen said.

Goldhagen, who has studied the cause effect of lead poisonings on the brain, said the damage is far reaching.

"It is enough to be impulsive and commit a crime," Goldhagen explained.

The effects of lead poisoning has been litigated in civil cases now it is being used in criminal cases, when it can factor into sentencing