Jacksonville firefighters open up about PTSD, suicide among first responders 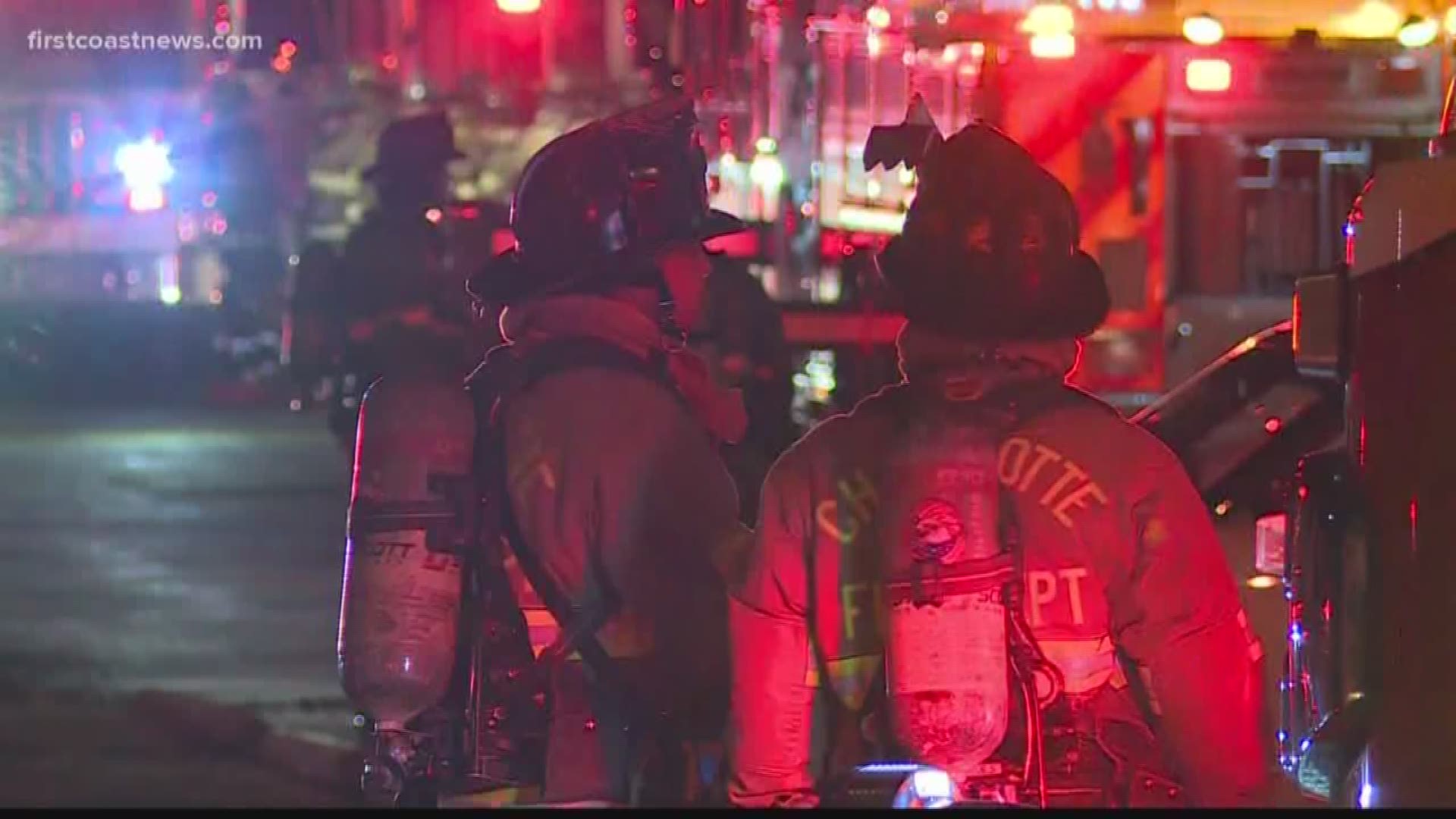 JACKSONVILLE, Florida — At a moment’s notice, they’re running into a fire, helping a gunshot victim or saving someone from an overdose. Firefighters are called to handle our worst nightmares. But after they get the job done, do those nightmares go away?

"When most people call 911, it’s one of the worst days of their life and they’re looking at us to help them," said Randy Wyse, the president of the Jacksonville Association of Firefighters [IAFF].

Wyse grew up in a firefighting family.

"I knew exactly what I wanted to do my whole life," said Wyse.

Among countless traumatizing calls, he's had to respond to a fellow firefighter's suicide.

For firefighter Chuck Baldwin, he always knew he wanted to make a difference in his community, but felt the real push to become a first responder following 9/11.

"You hear, you know, this one is having problems, next thing you know they’re gone," said Baldwin. "We all feel it when a brother kills themselves because we could see how a person could go that direction."

A study conducted in 2017 found 103 firefighters died by suicide that year and 93 died in the line of duty. However, researchers believe only 40 percent of firefighter suicides are formally reported, which means it could have been twice that number.

More recent studies across the United States echo those findings and report that firefighter suicides greatly outnumber firefighters killed in the line of duty and suggest symptoms of post-traumatic stress disorder have a direct correlation to suicide and other emotional difficulties.

For decades, PTSD in a first responder was never equated with PTSD in a soldier, even though, Wyse says the Department of Defense used to train service members with Jacksonville firefighters to experience what a battlefield would be like overseas.

"They were sending their medics here to be exposed to gunshot wounds and other things they were doing, and right then it should have been a clue," said Wyse.

Sometimes, as retired Battalion Chief Phillip Eddins points out, it feels exactly like a battlefield.

"I remember somebody over my shoulder saying, 'My God, it’s like we’re back in Nam,' same type of injuries, same type of multiple victims," said Eddins.

To this day, Eddins vividly recalls working the GMAC mass shooting in 1990.

"My crew and I, in a particular rescue unit, were the first to the Baymeadows Massacre and the captain who made the decisions, I saw him age 10 years in a year from making that," he said.

With more than 30 years on the job, he's experienced his fair share of traumatic events, including the death of his friend and comrade Lt. Joseph F. Stichway.

"May 25 of this year 40 years ago, he fell to his death," said Eddins. "We were together at a barge fire downtown. On my way past him, I stopped to try to give him aid. Before we could get him out he fell off the ladder to the bottom of the barge and died."

For Rick Carlson, it’s the smallest victims who bring him the biggest heartache when he responds to a call.

"For me personally, it usually involves small children," said Carlson.

He says they often try to deal with their emotions by talking or even joking about something unrelated. But because that’s been perceived poorly in the past, he wanted to set the record straight.

"Do you think anyone was really laughing at a kid dying?" he asks. "We’re just trying to deal with it."

For Baldwin, it’s not just one incident, but the repetition of incidents that takes the biggest toll.

"We’re not used to responding to opioids every single day, multiple times a day," said Baldwin. "We see it like a wave. We live it. I don’t think the normal person walking down the street thinks about death all the time. We see it all the time, every day. By the grace of God, we’re able to deal with it."

Wyse says a single moment can linger a lifetime for them.

"Walking into a room, you're seeing six, seven, eight people shot dead," Wyse said. "Having to make those decisions. Who are you going to treat? I mean you’re literally pronouncing people dead so you can get to the people who are viable to save. Those are tough decisions, decisions you’re going to take home with you."

There is a reason these firefighters are speaking out. They want to continue to make a difference.

"I think the older generation was 'Suck it up, Buttercup,' that was a term they used to use," Wyse said.

They hope to inspire a new generation of firefighters to be open and honest and to ultimately speak up if they have a problem.

"We like to say, we got your back, and it’s true we do, we’ve got each other’s back, no matter what, we’ve got it," Baldwin said.

Last year, lawmakers passed a bill covering PTSD for firefighters under workman’s comp. Still, it requires they meet certain qualifications before they can be covered.

All four men believe much more needs to be done. They ask that lawmakers continue to fight for their long-term health and wellbeing.

Since sharing this story, David Picone, a Battalion Chief with San Diego Fire and Rescue, reached out to First Coast News to explain what is happening with their fire departments in an effort to inspire change and additional resources elsewhere.

The city and Cigna will offer behavioral wellness treatment to first responders and local law enforcement to help them cope with traumatic and high- stress situations while on the job. According to the city, the collaboration is the first of its kind in the country, allowing first responders from anywhere in the U.S. to receive behavioral healthcare in San Diego as long as their insurance provider approves it.

“Cigna has contracted with several facilities to offer residential and out-patient treatment for our first responders,” said Julio Canizal, director of the city’s Risk Management Department. “The care providers have received training from firefighters, police officers and clinicians who have extensive experience treating first responders.”

“The health and wellness of our employees is one of our top goals,” said city Fire-Rescue Chief Colin Stowell. “Public safety employees spend their careers helping others, but often are reluctant to ask for help. … We are so fortunate to be the first organization in the nation to offer these first responder treatment options.”