The firefighter sustained first-degree and second-degree burns around his wrist and other parts of his body, including his arms, shoulders, ears and neck. 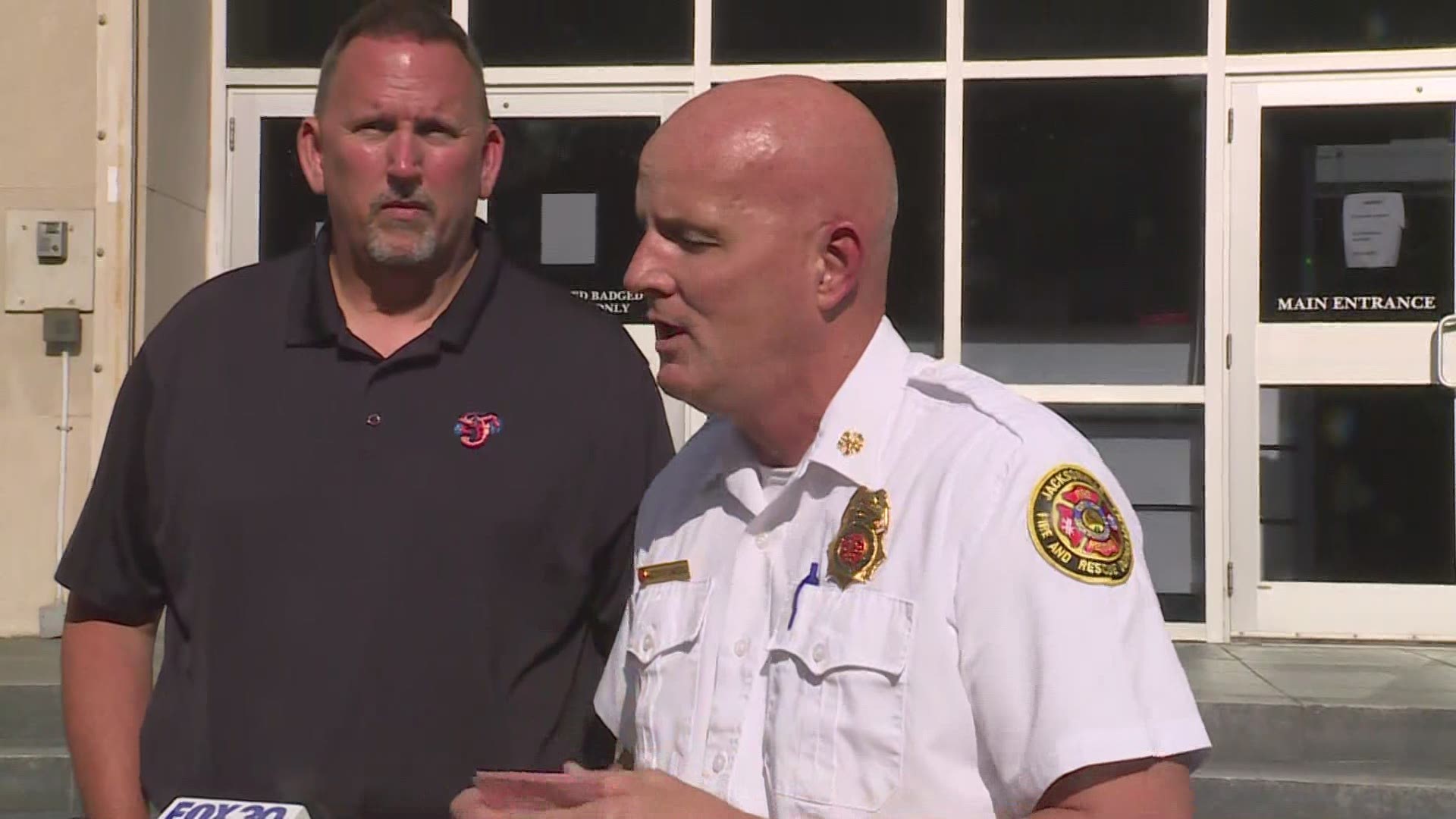 JACKSONVILLE, Fla. — The Jacksonville Fire and Rescue Department says an injured firefighter is expected to make a full recovery after sustaining burns while helping put out a house fire on Restlawn Drive Thursday afternoon.

Crews responded to the fire in the 16500 block of Restlawn Drive shortly after 2 p.m.

Upon arrival, a bystander informed them that a person was inside the home. That's when the firefighter along with other crews went into the home in an attempt to rescue the person but found that the home was empty, JFRD said.

While trying to battle the fire, using a hose on the outside of the home, the firefighter sustained first-degree and second-degree burns around his wrist and other parts of his body, including his arms, shoulders, ears and neck.

The firefighter is being transferred to UF Health Shands burn unit for his injuries. JFRD said he could face a long recovery because burns take a long time to heal.

The firefighter and his family are in good spirits, according to JFRD.

Crews were able to completely extinguish the fire and the red cross was requested on scene for two adults.

JFRD is still investigating the cause of the fire at this time.

A firefighter has been transported to the hospital from this fire.