Organizers say the gathering is to demand accountability for the killings of George Floyd, Breonna Taylor and Ahmaud Arbery. 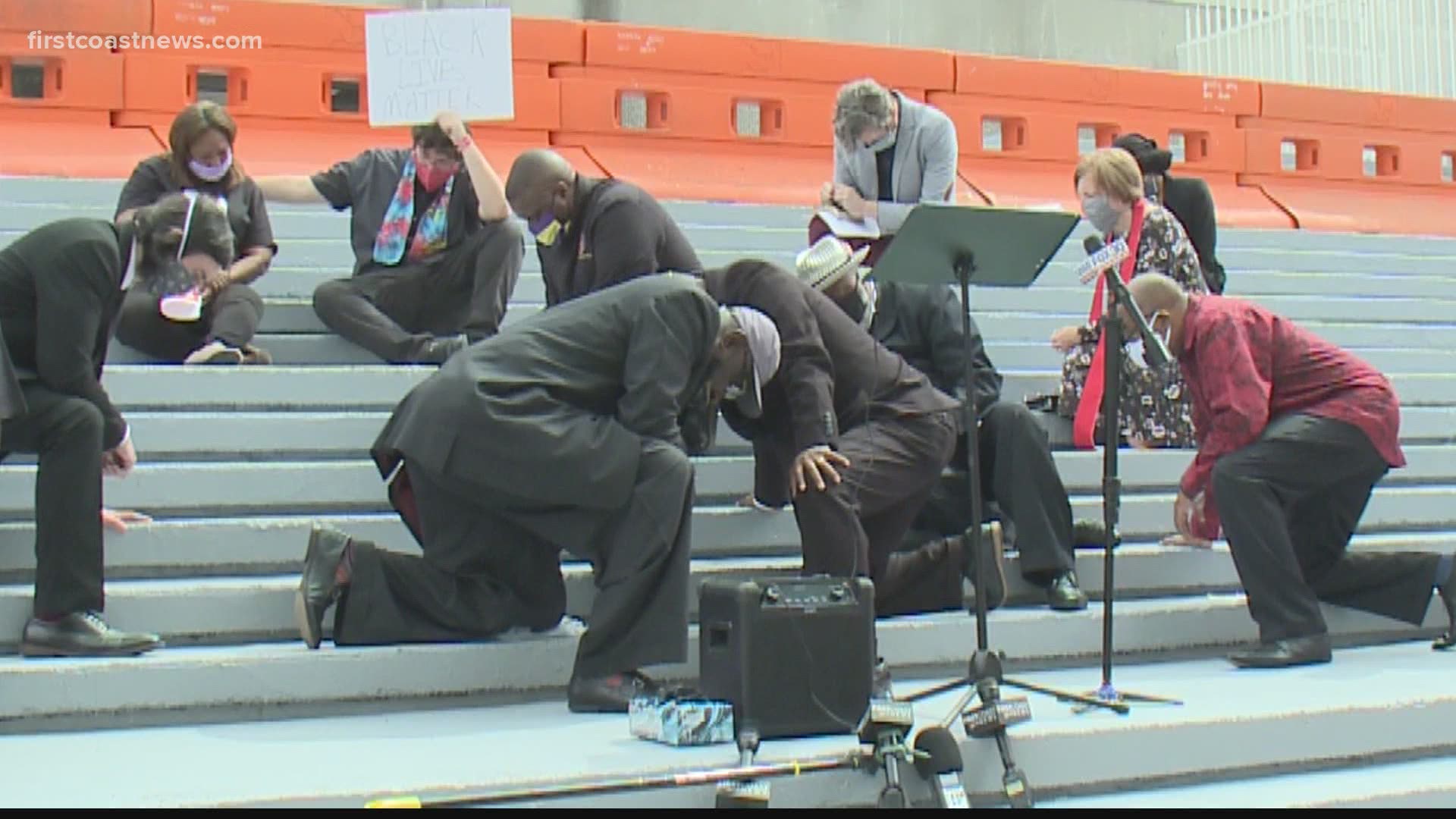 Faith leaders are expected to hold a prayer conference Wednesday morning in front of the Jacksonville Sheriff's Office.

The Faith in Public Life Action Fund says the gathering is to demand accountability for the white supremacist killings of George Floyd, Breonna Taylor and Ahmaud Arbery; demand the safety and freedom of protestors; denounce President Trump’s failure of leadership and call our nation to end systematic racism everywhere from the local courthouse to the White House.

“We stand before you in clear solidarity in all our faiths,” Pastor Reginald Gundy said and added “we can achieve through nonviolent actions” @FCN2go pic.twitter.com/vniz82lUzq

Pastors say “this is our pandemic” referring to the treatment of men, women, and children of color @FCN2go pic.twitter.com/maeuYWjWiN

A local rabbi says we are grateful for the officers who serve and protect, “but we also know there is terrible injustice”. pic.twitter.com/z1o727NAZb

Protesters gathered in downtown Jacksonville Tuesday for the fourth day of protests against police brutality that resulted in the death of George Floyd, Breonna Taylor, Ahmaud Arbery and others.

At around 6 p.m., people began gathering in front of the Duval County Courthouse as leaders encouraged peaceful protesting.

"I always say if they aren't going to hear us, they are going to feel us. Today we had our presence," said organizer David Sollars.

He anticipated a smaller crowd, but as word of mouth spread, the crowd grew in number.

"Three people turned into 50 and 50 turned into 60. I guess it spread like wildfire and everyone showed up," he told First Coast News.

There was a police presence, both on the ground along the protest route, and on top of buildings. First Coast News saw no arrests.

RELATED: About 1,000 people gathered in Downtown Jacksonville for fourth day of protests