Nelson Mandela's daughter and granddaughter will be on the First Coast this week after being invited by an ex-convict. 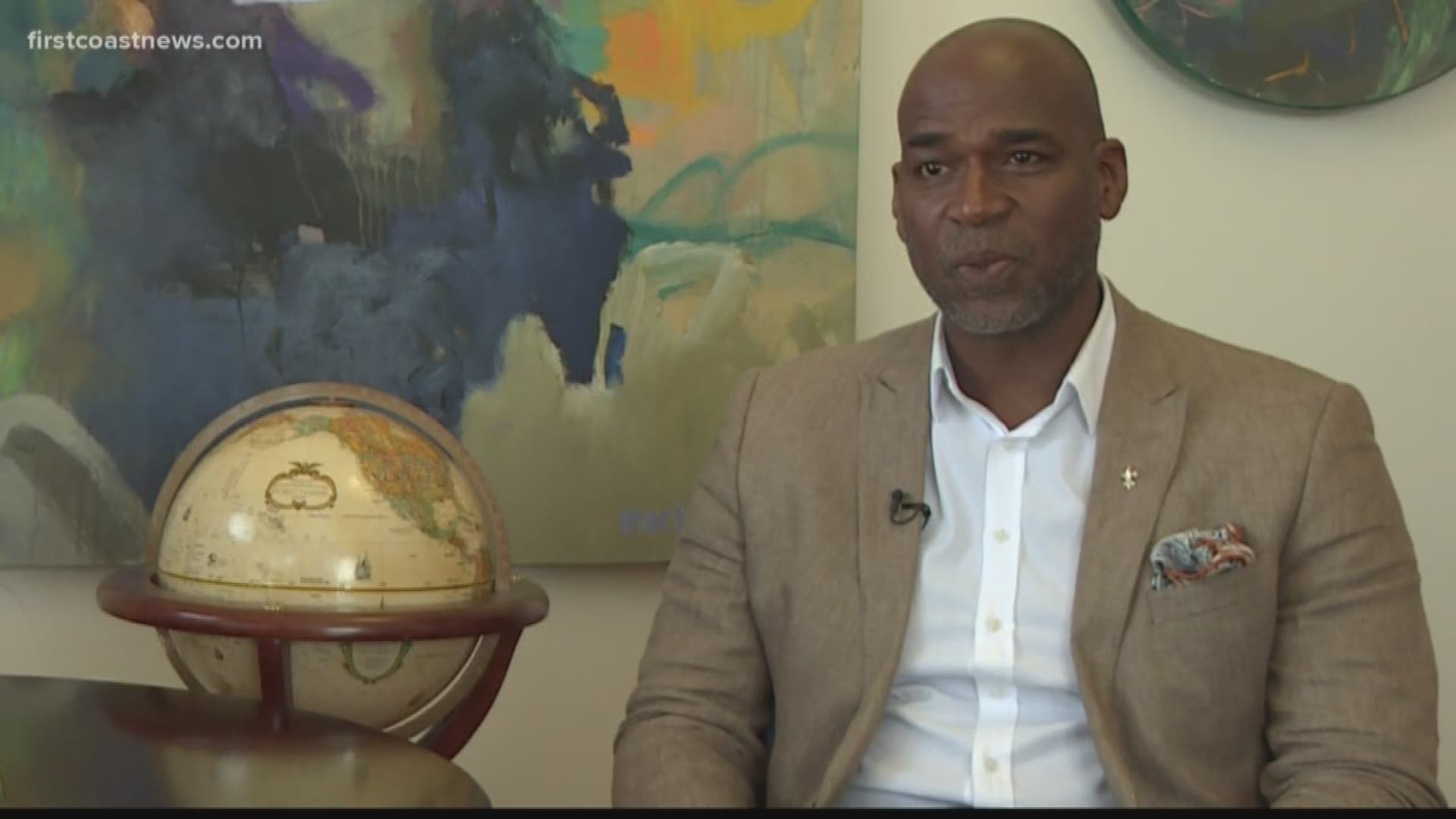 JACKSONVILLE, Fla — Nelson Mandela's daughter and granddaughter will be on the First Coast this week after being invited by an ex-convict.

The late Nelson Mandela was in prison for 27 years in South Africa and ended up becoming president.

So why is Dr. Makaziwe Mandela and her daughter, Tukwini, coming to the First Coast?

It's because of a Jacksonville man's connection to the family.

His name is Khalil Osiris. He is a former prison inmate.

"I had great parents and I knew clearly right from wrong," he described his childhood and teenage years.

But at 17, Khalil Osiris robbed a drug store in Ohio and he went to prison.

"It was a very violent, brutal, brutish environment," he remembered. He was adjudicated as an adult.

"I can honestly say I was a worse person when I came out of prison," Osiris said.

Five years later, he was released.

He remembers when he got out, "I was angry and I was wounded. So it was quite predictable that I would return to crime."

And he did. Three years later, he broke the law again and was sentenced to 75 years in prison.

And then something became clear to him.

Osiris aimed to be released on parole. While in prison in the 1980s, he earned a masters degree and wrote a book. Nelson Mandela was an inspiration to him. Hearing that his Mandela's eldest daughter Makaziwi was attending school in the U.S., Osiris wrote a letter to her.

"Many of the prisoners with me at the time said, 'Osiris, that woman is not going to write you! What makes you think Nelson Mandela's daughter is going to write you? You're in prison,'" he recalled. "I'm saying, 'So is her father. And maybe what I say will touch her because of the inspiration he's had on my life.'"

Sure enough, a little while later, "She wrote me back!  And we became pen pals," Osiris smiled.

In 1986, while still in prison, Osiris promised Mandela's daughter, "that after I was released, I would move to South Africa and work in schools and prisons to honor the contribution he made to me in my life when I was at the bottom."

Nelson Mandela was released from prison in 1990.

"And I remember being in prison, crying, the day he got out, I cried," Osiris said.

Nine years later, Osiris got out too.

He started volunteering at the Urban League, which turned into a job. He then worked all over the U.S. and eventually in South Africa, helping ex-convicts re-enter society. He lived in South Africa for seven years.

Along the way, he and Makaziwe Mandela lost touch with one another, until one day he saw her at the grocery store in South Africa.

He remembers seeing her and, "I said, 'Makaziwe!' She took a step back and says, 'Who are you?' I said, 'Khalil.'  She leaned in and said, 'Khalil Osiris from prison in America?'  I said, 'The same one. Now free.'"

Osiris eventually started working with the Mandela family and foundation. Recently, he moved to Jacksonville and discovered Operation New Hope. It's a program which helps ex-convicts re-enter society with job skills.

"I have never seen a better model of evidence-based re-entry practice than what is happening here at Operation New Hope," Osiris said. "Hands down, this organization's work is the best work I have seen around the country and around the world in re-entry practice."

So he has invited his friend, Dr. Makazewi Mandela and her daughter to see what's happening in Jacksonville.  Osiris sees the work at Operation New Hope as something that continues his own mission.

"It's helping formerly incarcerated individuals find a pathway to successful re-entry, based on your choices, based on them taking ownership for what they can do for themselves and their families."