The proposal is estimated to cost up to two billion dollars. 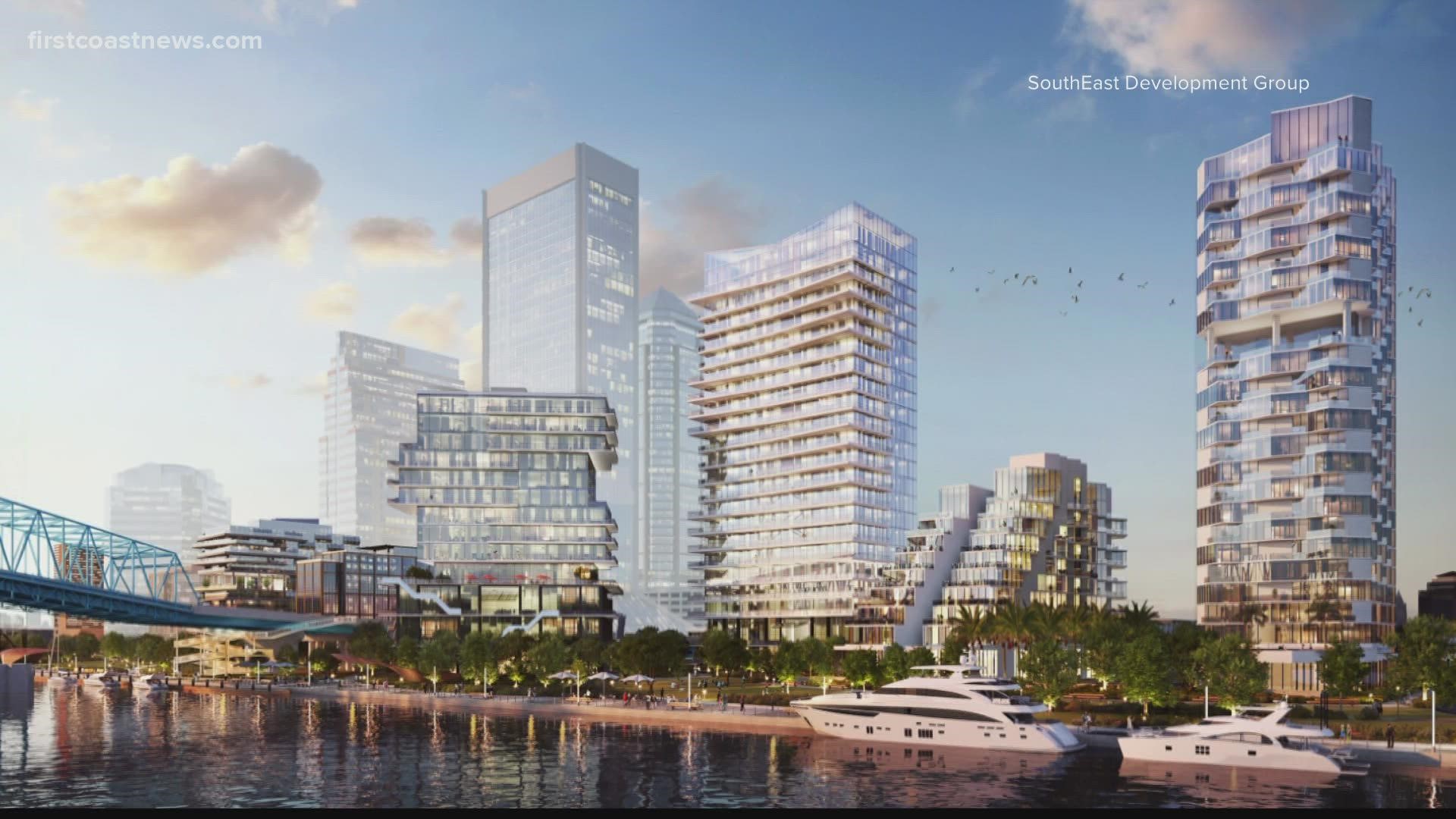 JACKSONVILLE, Fla. — Steve Atkins, a Jacksonville native developer, submitted a proposal to city officials Thursday. The plan is to renovate the Riverfront.

If city officials were to approve it, crews can get to work next year, 2022. It's described as a multi-phased plan for Northbank. The project would take five years to accomplish; from 2022 to 2027. "An opportunity to that is generational," Atkins said.

Atkins and his team's vision includes building a hydrokinetic green energy facility. In short, it is a water generator powered by the St. John's River. To Atkins, that kind of implementation would make Jacksonville the 'greenest city in Florida'. The river would keep downtown lit up 24/7.

"We believe with the decisions we're making now are going to affect our city as a whole for the next 50 to 60 years," Atkins said.

Their plans include building apartments, condos and hotels. The proposal includes a priority to create more than 150,000 square feet of retail, restaurant and entertainment spaces. According to Atkins' proposal plan, the project can bring more than a thousand jobs during construction. The proposal showcases $286 million going towards the City of Jacksonville and Duval County Public Schools over the next 10 years.

"At this point, we're not asking the city of anything other than to evaluate this proposal and look and see what a public-private-partnership looks like to execute this," Atkins said during a news conference.

Councilman Matt Carlucci said he plans on reviewing what Atkins has to offer. Frankly, he said it is a lot to absorb. However, he came up with his own proposal.

"75 acres of publicly owned land and I am for leaving that as a comprehensive system of parks," Carlucci explained.

Atkins is asking the city council to respond to his proposal in 90 to 100 days. The master plan was delivered to city officials Tuesday.