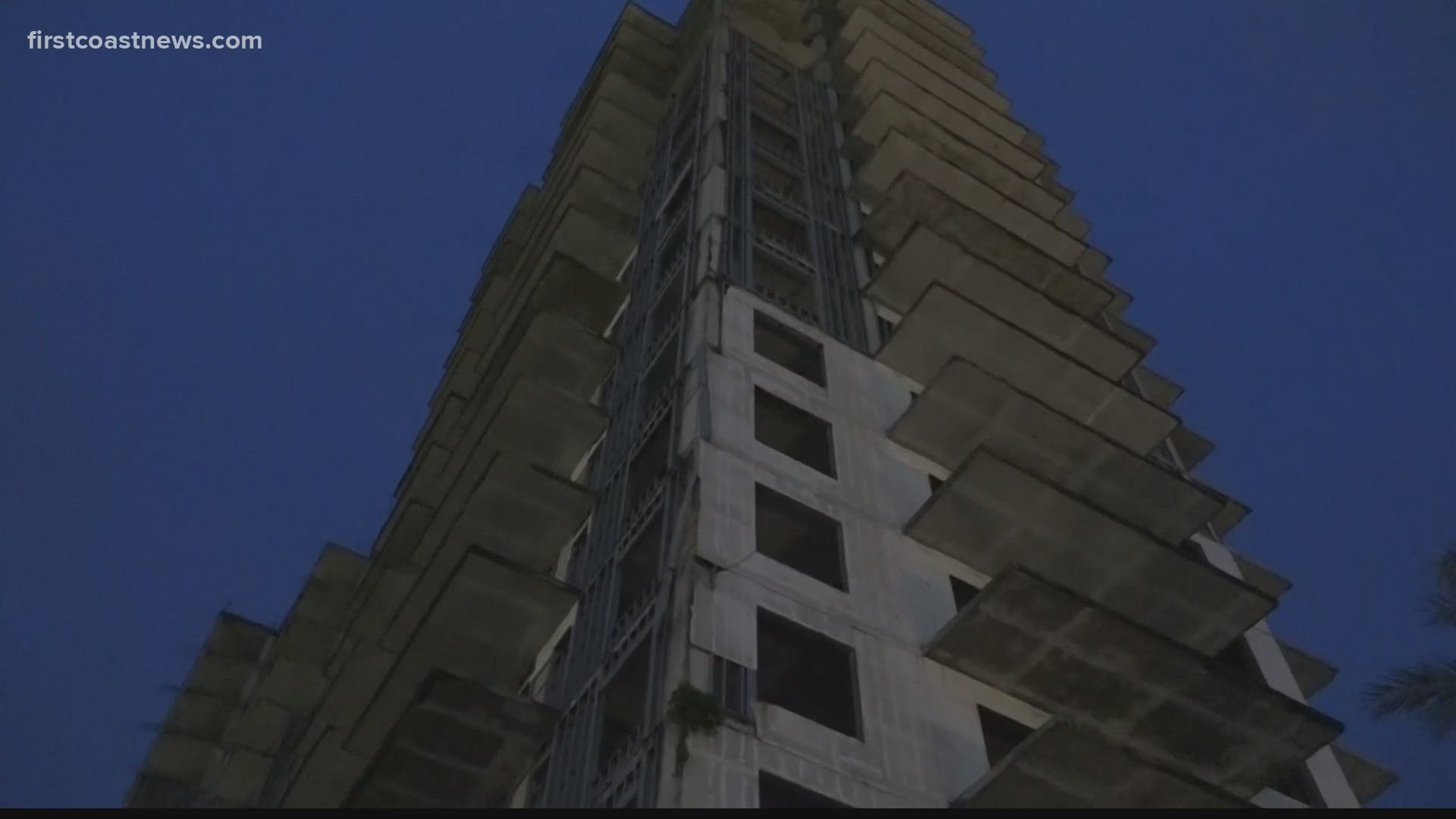 JACKSONVILLE, Fla — Next week, Jacksonville Councilman Reggie Gaffney says you’ll be seeing cranes at the site of the Berkman Plaza 2, a building that collapsed in 2007 leaving one man dead.

The building is made of concrete and steel. Gaffney says the construction has been sitting here for almost 15 years and the owners are willing to tear it down.

According to our partners with Times Union, in 2007, building crews were in the parking garage of the building when six stories collapsed around them killing Willie Edwards III.

Gaffney says Jacksonville has a lot of historic and older buildings throughout the city and after hearing about what happened in Miami, he says the city needs to do come together and start thinking for the future so no more tragedies happen.