This all happened, unannounced by the city, in the early morning hours before a planned march and rally led by Jaguars star Leonard Fournette and Mayor Curry. 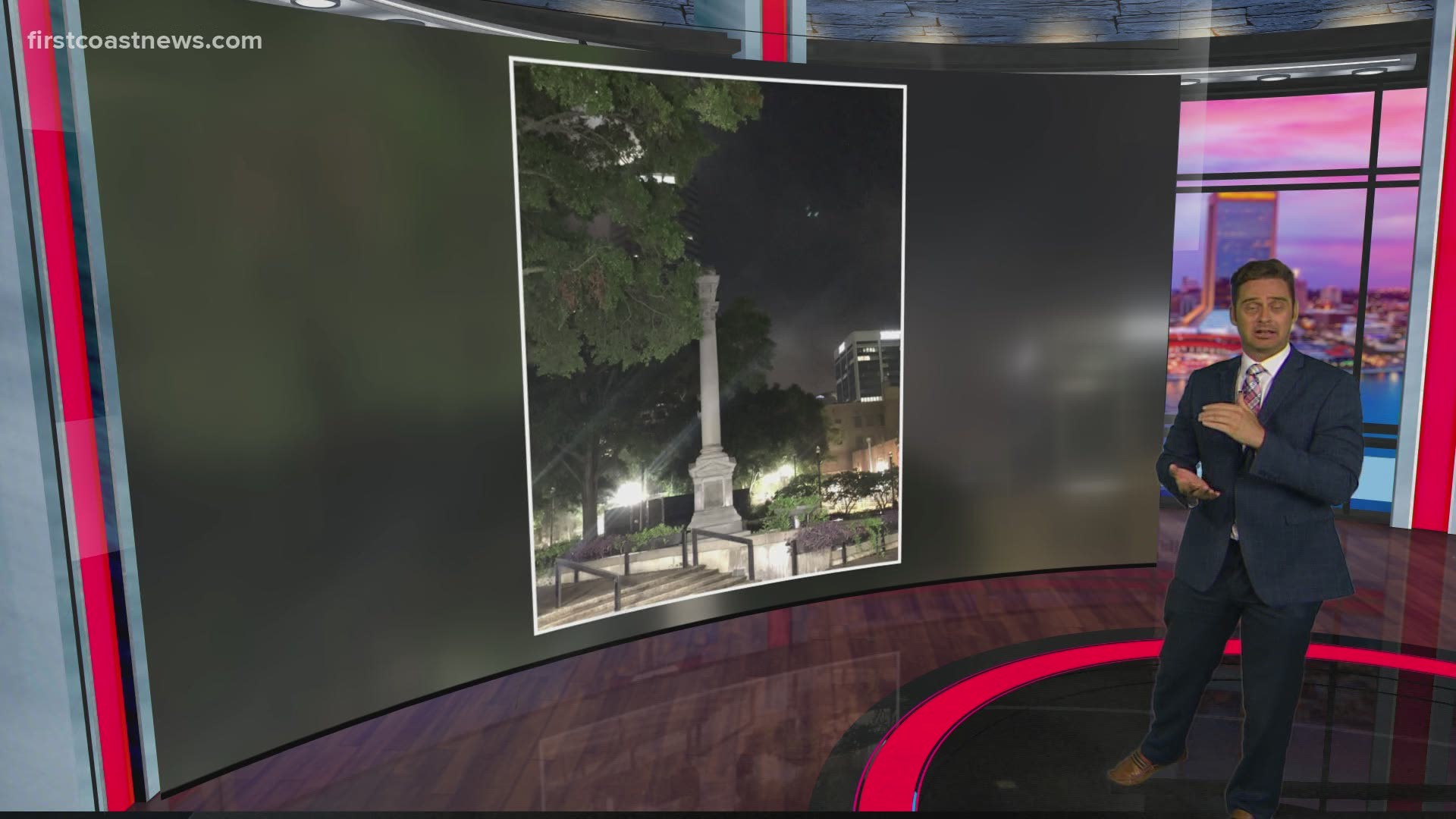 JACKSONVILLE, Fla. — The bronze topper of the Confederate monument in Jacksonville's Hemming Park is now gone, as is the nameplate.

It was taken away in the early morning hours Tuesday by crews without warning.

Around 4 a.m., city crews began using cranes and heavy equipment began tearing down the statue that's been in the park since 1898.

The bronze figure on top depicted a confederate soldier in a winter uniform, meant to honor the Jacksonville Light Infantry which was part of the Confederacy.

The monument, one of the few things downtown that survived the Great Fire of Jacksonville, has been removed amid the protests and rallies across the country after the death of George Floyd.

This all happened, unannounced by the city, in the early morning hours before a planned march and rally that will be led by Jaguars star Leonard Fournette.

The Fournette led march is set to being around 10 a.m. at City Hall.