Earlier this month, vice-chair Michael Boylan resigned from the committee, putting its future in jeopardy. 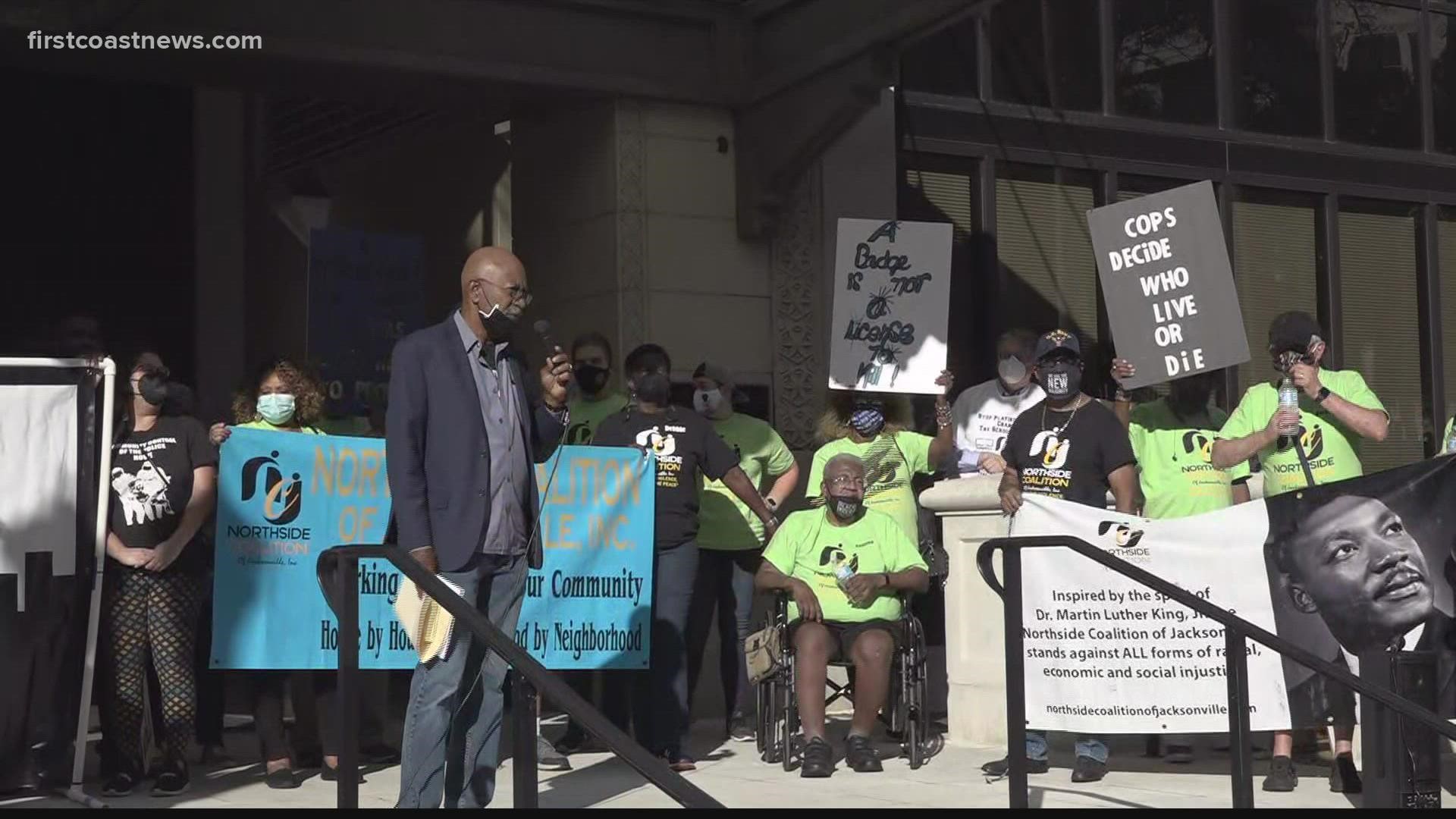 JACKSONVILLE, Fla. — The Jacksonville Community Action Committee are holding a demonstration to urge the city to reinstate the recently disbanded Safer Together Committee.

The committee was formed in the aftermath of the 2020 Black Lives Matter demonstrations. Earlier this month, vice-chair Michael Boylan resigned from the committee.

Boylan said in his letter asking City Council President Sam Newby to accept resignation that “disparaging assertions and unwarranted accusations" were made at the meeting on Oct. 15. He said the meeting prompted his resignation.

His resignation put the committee's future in jeopardy and was met with criticism from several community groups, including the Northside Coalition of Jacksonville.

"I think it is unfortunate that Mr. Boylan is unwilling to accept the responsibility of acting as a problem solver in this community, that's what we need," Frazier said. "But with that in mind, there's an old saying, if you can't stand the heat, get out the kitchen."

To urge the city to continue the committee, community members are demonstrating outside city hall where the council is meeting.