City Councilmember Michael Boylan has a single recommendation: implementation of a Citizen's Policy Review Board. 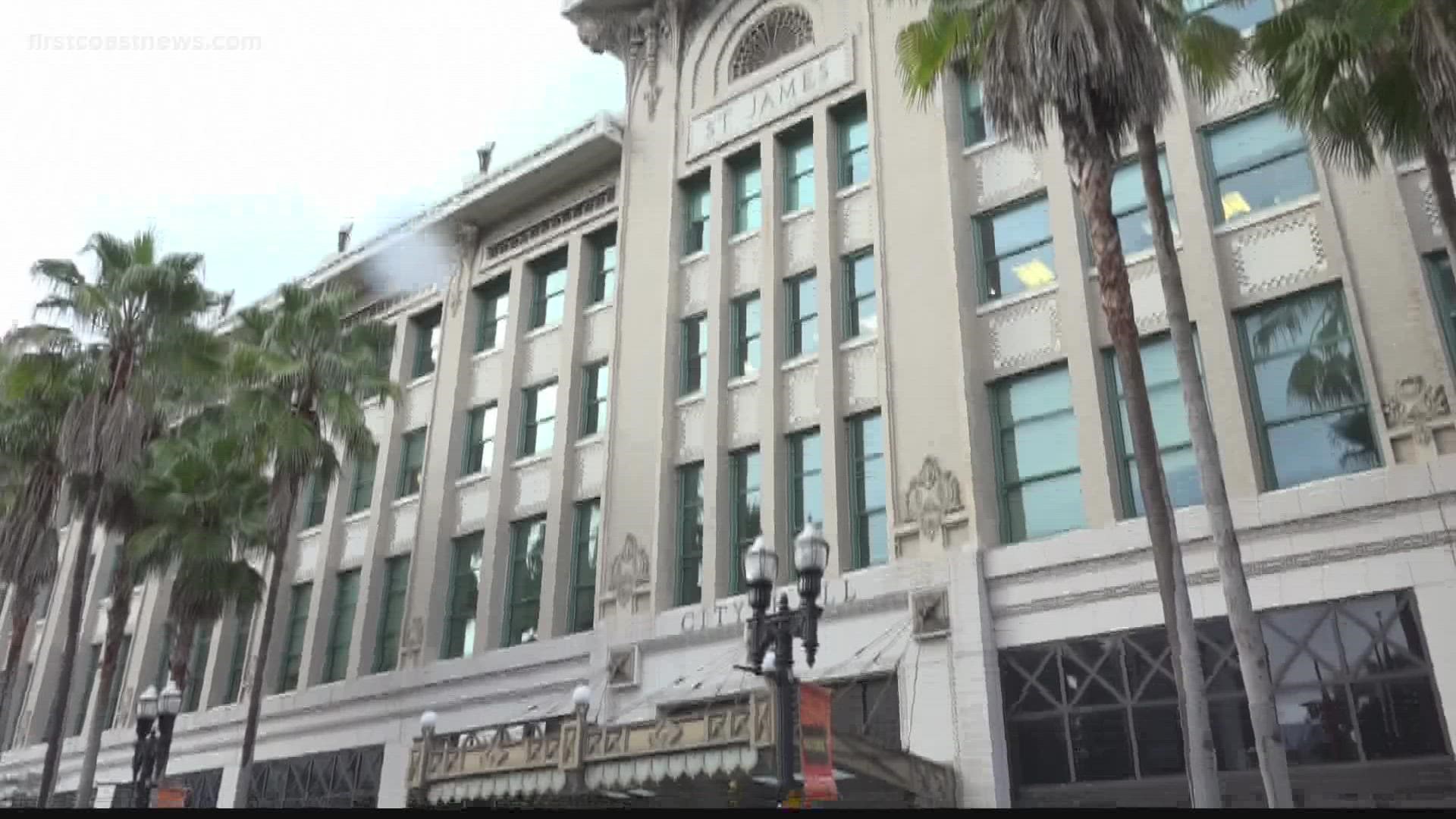 JACKSONVILLE, Fla. — After months of community meetings and a recently published report, Jacksonville City Councilmembers heading the Safer Together committee have put together their recommendations.

The committee was created following protests in the summer of 2020 to address tensions between the Black community and the Jacksonville Sheriff’s Office.

City Councilmembers Joyce Morgan and Michael Boylan announced how they would each like to move forward at City Hall Monday night.

Boylan has a single recommendation: implementation of a Citizen's Policy Review Board.

He says its different than a Citizen's Review Board, which has been a highly controversial topic since the Safer Together committee was formed – with local activists in favor of one and the Fraternal Order of Police against it.

“The whole idea of a practice/policy review board, in my mind, is a proactive opportunity for the community to communicate to the sheriff’s office and the police force as a whole about where they stand on specific issues. And policies and practices that they would like to see the sheriff’s office undertake," Boylan explained. "A traditional CRB is investigative, it looks back at an incident. This isn't about looking back at an incident, it's about making sure we don't have those kinds of incidents going forward."

He believes this is a good start to find common ground on the contentious policy.

CM Boylan has a single recommendation: implementation of a Citizen POLICY Review Board.

He believes it’s slightly different than a Citizen Review Board, which has been a highly controversial topic since this committee began. @FCN2go

Morgan has four recommendations including a review of JSO's budget, elevation of community policing and an evaluation of other Florida models already in place that can be emulated to make a Citizen’s Review Board in Jacksonville.

“We’re watching other cities around us do things that increase police accountability, but also create a sense of transparency for the citizens," Morgan explained. "And at some point Jacksonville needs to step up to the plate and do it."

Morgan says she understands Boylan's position and simply believes some kind of review board needs to be created in order for the city to move the needle.

Jacksonville Fraternal Order of Police Vice President Randy Reeves says he appreciates the difference in what Boylan proposed verses a traditional review board.

However, many of the local activists say it isn’t enough.

“A CRB is needed to investigate charges of excessive use of force, as well as other charges of police misconduct," Jacksonville Northside Coalition President Ben Frazier said.

“I think there has been some success in citizens sitting around and talking about police policy ... that’s going to be something that can be done through the office of the sheriff," Reeves said.

The councilmembers scheduled three more meetings to further discuss the recommendations they have narrowed down and collaborate on final legislation that will be presented to city council for a vote.

Another topic that they realized needs to be discussed is a bill calling for a Citizen’s Review Board that Councilmember Garrett Dennis has already introduced.

It would include 14 citizens who have been through the JSO's citizen academy and one representative from the sheriff's office.

Morgan also says she has a meeting scheduled with JSO Sheriff Mike Williams this Thursday to discuss what happened at Monday's meeting and implementation of a Citizen’s Review Board, which she says he has been strongly against.