"The best way to fix things that don't look right is to drag them out into the open and get them sunlight," Councilmember Rory Diamond said. 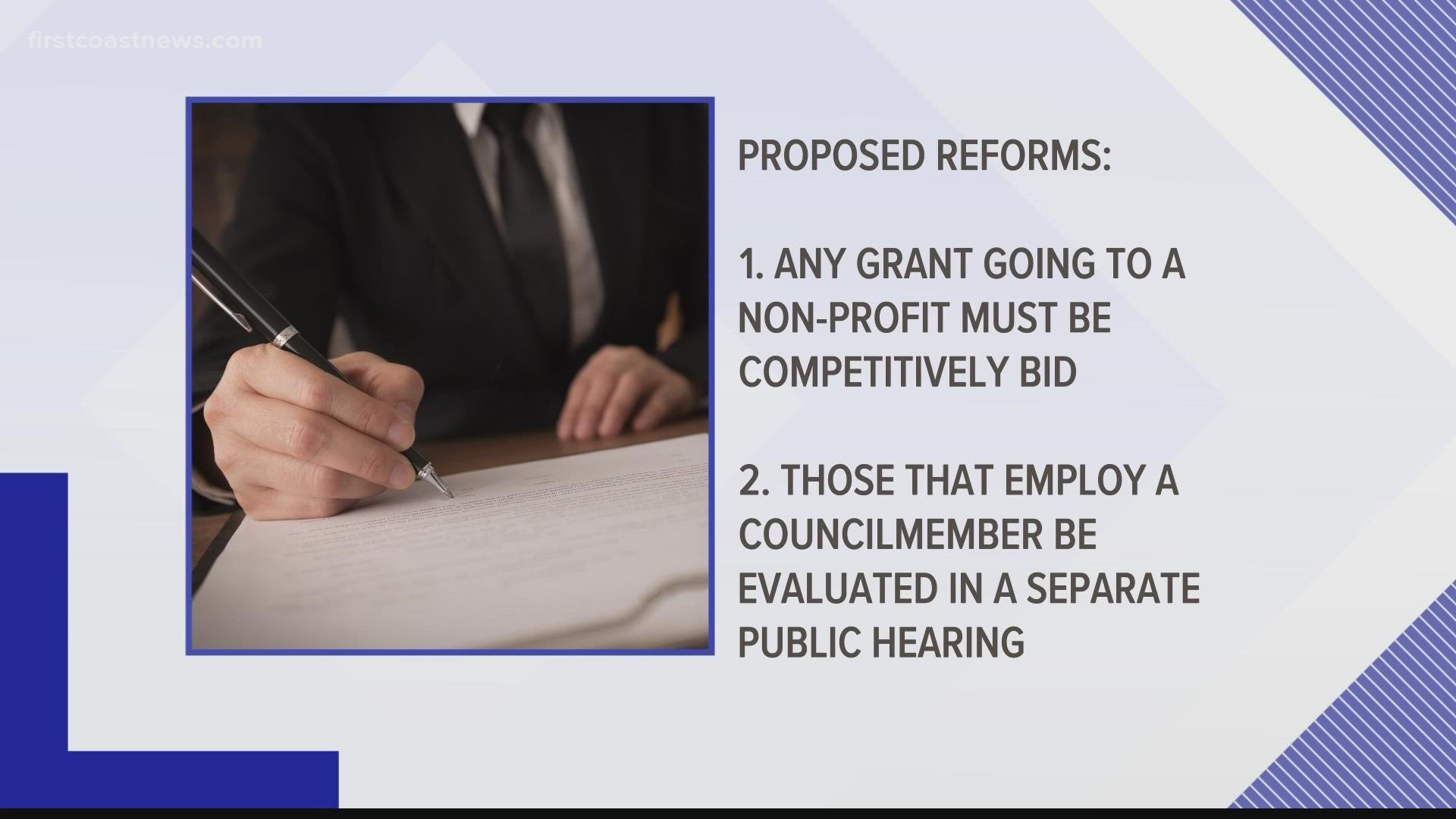 JACKSONVILLE, Fla. — Hundreds of thousands of Jacksonville city dollars will be going to nonprofits run by councilmembers. It's something catching the attention of other local nonprofit organizations and taxpayers, who are questioning whether the process is fair.

During its meeting last Tuesday, city council approved a last-minute request to provide $500,000 to Community Rehabilitation Center, a nonprofit run by Reginald Gaffney, for pandemic relief.

The council also approved three other funding requests of $100,000 each for nonprofits run by three other councilmembers: Ju'coby Pittman (CEO/President of Clara White Mission), Terrance Freeman (CEO of Read USA) and Kevin Carrico (vice president of operations for Boys and Girls Club of Northeast Florida).

The three $100,000 grants were part of the city’s annual budget, they weren’t part of COVID-19 money the rest of the nonprofit community had to fight over. However, the council had to waive rules normally requiring a competitive process to award them.

The $500,000 for Gaffney’s nonprofit did come from American Rescue Plan money, but it originated from legislation filed by Mayor Lenny Curry’s administration rather than the council-based process most of the city’s nonprofits had to navigate.

Last weeks’ votes also caught the attention of one city councilmember, who is now calling for change.

“I think the entire public said, ‘Hey, something about that didn't look right.' And the best way to fix things that don't look right is to drag them out into the open and get them sunlight," Councilmember Rory Diamond told First Coast News.

Councilmember Al Ferraro also tells First Coast News that he will be a co-signer of the bill.

The bill will receive a first read next Tuesday, Oct. 12th. Diamond says it will be heard in committees on Nov. 2, and will likely be taken up for final vote by the full city council on Nov. 9.

“I think everyone needs to feel that their taxpayer money is, one, being used well, but also being used fairly. And this will make it a fair process," Diamond explained. "The second thing is some members of city council are doing really great work, and they shouldn't be able to be cut out just because they're a member the city council. So, this fixes all problems. It's a win across the board.”