Councilman Garrett Dennis is once again pushing a bill that would allow police to issue civil citations for possession of 20 grams or less of pot. 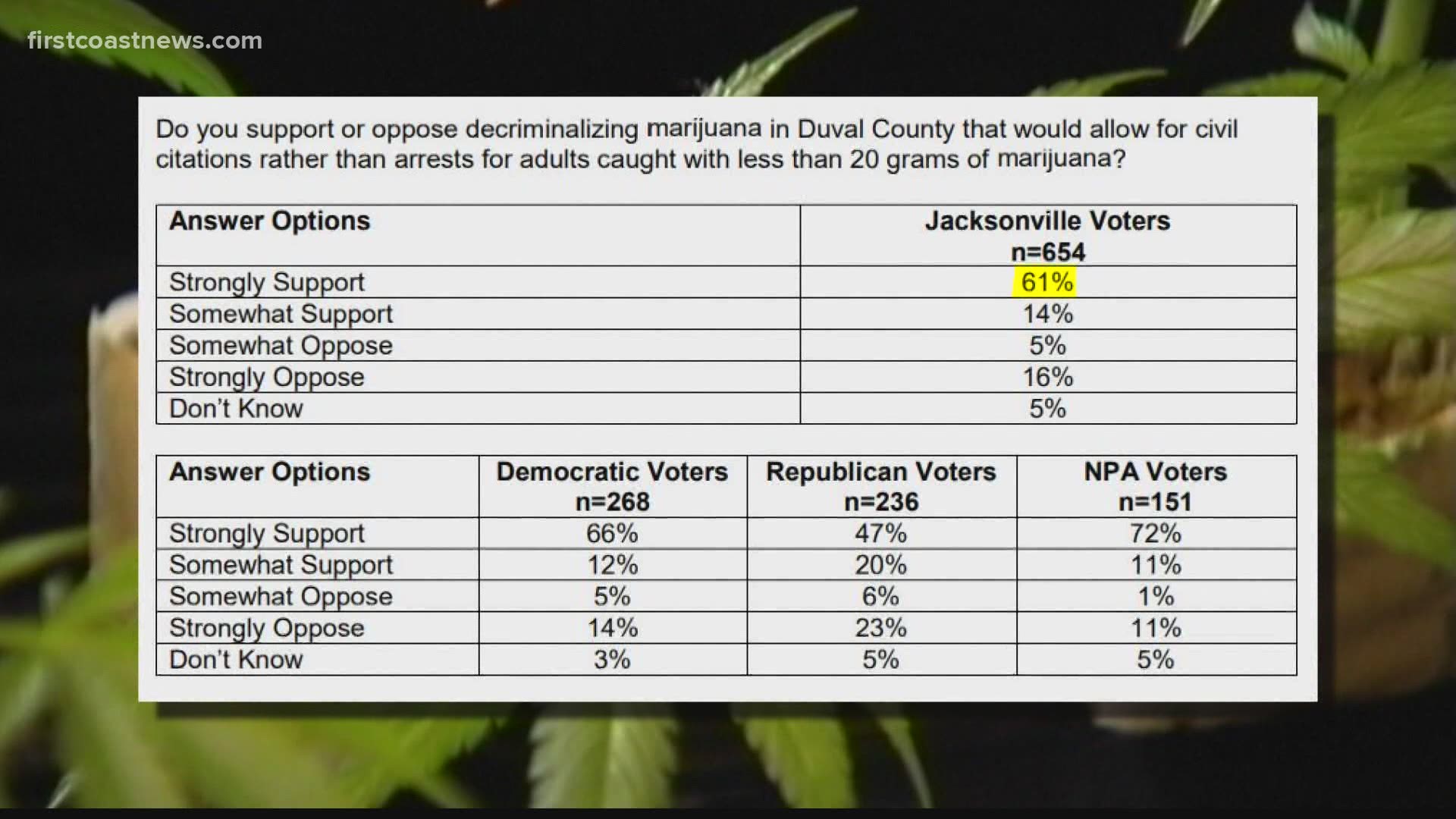 JACKSONVILLE, Fla. — A push is underway in Jacksonville City Council to allow police the option of issuing a civil citation, rather than making an arrest, for possessing small amounts of cannabis.

Councilman Garrett Dennis first proposed a similar bill in 2019 that was ultimately shot down by council. But Dennis said he thinks some of his fellow councilmembers may be more open to the idea now.

"Hopefully, this time, the city will be able to move forward and be progressive enough to say, if nothing else, financially it's costing our city too much money," Dennis said.

Currently, possessing 20 grams or less of marijuana in Florida is a first-degree misdemeanor under Florida State Statute 893.13.

"There are a lot of implications for someone having just a small amount of marijuana," said Dennis, who told First Coast News he's spoken to locals who have been impacted by arrests for small possession. "It's not about marijuana, it's about people. We're destroying people's lives when they are found with small amounts of marijuana."

Dennis argues that, if the bill were to pass, officers would be able to save time and answer more important calls, rather than spending hours arresting, transporting and booking someone.

"If you arrest somebody, it's going to take time to process them, do the paperwork, take them down to the facility to incarcerate them, which could amount to an hour, maybe more depending on how busy the jail is at the time," said On Your Side's Crime and Safety Analyst Mark Baughman.

Baughman said the idea makes sense and is one he would support for situations in which possession is the only offense and the person doesn't have an extensive criminal record or appears to be selling.

But ultimately, Baughman said, state statute will override local ordinances, meaning it will take coordination with state lawmakers on the issue of marijuana legality and what local municipalities can or can't enforce.

"There's going to have to be some type of meeting of the minds between local government, as well as with the state legislature, going forward on how they're going to do that, and if it's going to be accepted," he said.

Dennis said he feels it's time for the city to catch up to other larger metropolitan areas that have similar ordinances on the books.

"Jacksonville is one of the last cities and counties to even attempt to do it," Dennis said. "Is it really worth arresting someone for a misdemeanor and tying up JSO?"

RELATED: Recreational marijuana in Florida goes up in smoke – for now