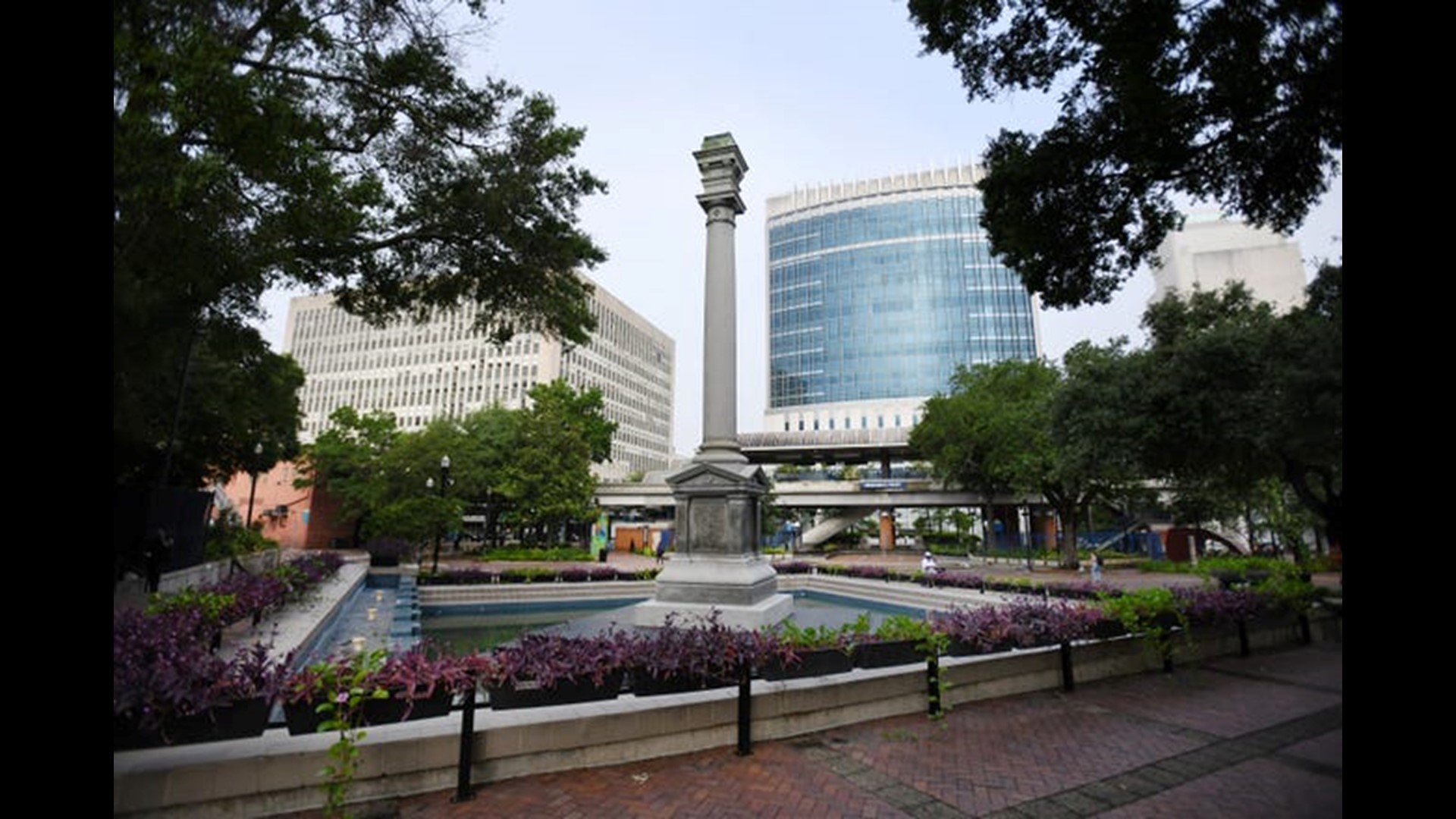 JACKSONVILLE, Fla — After the effort to rename Hemming Park in Jacksonville drew some controversy and spawned several bills filed in response, Jacksonville City Council ultimately voted to rename the city's oldest park in honor of a key historic figure.

On Tuesday, council voted to rename the park, which had been named after a Confederate soldier, for James Weldon Johnson.

Johnson, who wrote the poem "Lift Ev'ry Voice and Sing," which was later adapted into the renowned song, was a hugely important writer, activist, and early leader of the NAACP, among other achievements.

But not every member of city council has been in full support of the renaming since the initiative was introduced by Councilman Garrett Dennis in July.

"James Weldon Johnson has been vetted for well over 100 years. Buildings and monuments and his songs are still being heard and talked about around the world. But yet here in his home city, we can't even honor him without controversy," Dennis said.

Dennis said the goal in proposing the renaming of these spaces, such as Ed Austin Regional Park, is to point out what he calls hypocrisy. Dennis questions why renaming Hemming Park after Johnson needs to be accompanied by a designation for veterans.

"We do a lot for our veterans. And to pit veterans against one of our most famous citizens is unfortunate," Dennis said.

Meanwhile, Councilman Rory Diamond proposed to rename Hemming Park for James Weldon Johnson, while dedicating the area in the plaza which has military flags to veterans.

"Veterans have been wanting to have this for several years, since those flags got placed there about two years ago," Diamond said. "This is a time for unity, this is a time to bring our community together. Having a fight over what should be a really good celebration is crazy."

Diamond also pushed back on Dennis' move to rename the five city parks and public spaces, including the Jacksonville Landing.

"What [Dennis] has done is an absolute insult to veterans," he said. "These people are willing to literally give their life so he can have the freedom to act a fool on the Jacksonville City Council. It's totally unacceptable."

But Dennis said his goal is to designate a public space in Jacksonville solely to honor Johnson.

"My bill is not anti-veteran, it is to uplift a positive Jacksonville legacy," Dennis said. "My belief is because [Johnson] was Black, I was met with resistance. I honor all veterans, as my dad and granddad were both veterans."

Ultimately, the vote went to the original plan of naming the park for Johnson alone.

Dennis has advocated for increased recognition of Johnson and his achievements, commemorating the anniversary of the writing of "Lift Ev'ry Voice and Sing" in council earlier this year.

The five bills did not receive the votes Tuesday to be considered as emergency legislation, which means they will have to go through a longer process in council. However, there was a unanimous vote to rename Confederate Park as "Springfield Park."

This patch of grass in LaVilla is pretty significant- it’s the birthplace of Jax native James Weldon Johnson. He wrote “Lift Ev’ry Voice and Sing,” one of a number of impressive accomplishments.

In response to the effort to rename Hemming Park, CM Danny Becton proposed naming the space after veterans.

These 5 bills will be discussed, along with a vote to rename Confederate Park to “Springfield Park.” Widely expected that will pass without controversy.