Jacksonville City Council Members: Sale of JEA is not a sure thing

Some city council members argue with JEA’s recent ads, which could give the impression the sale of JEA is inevitable. 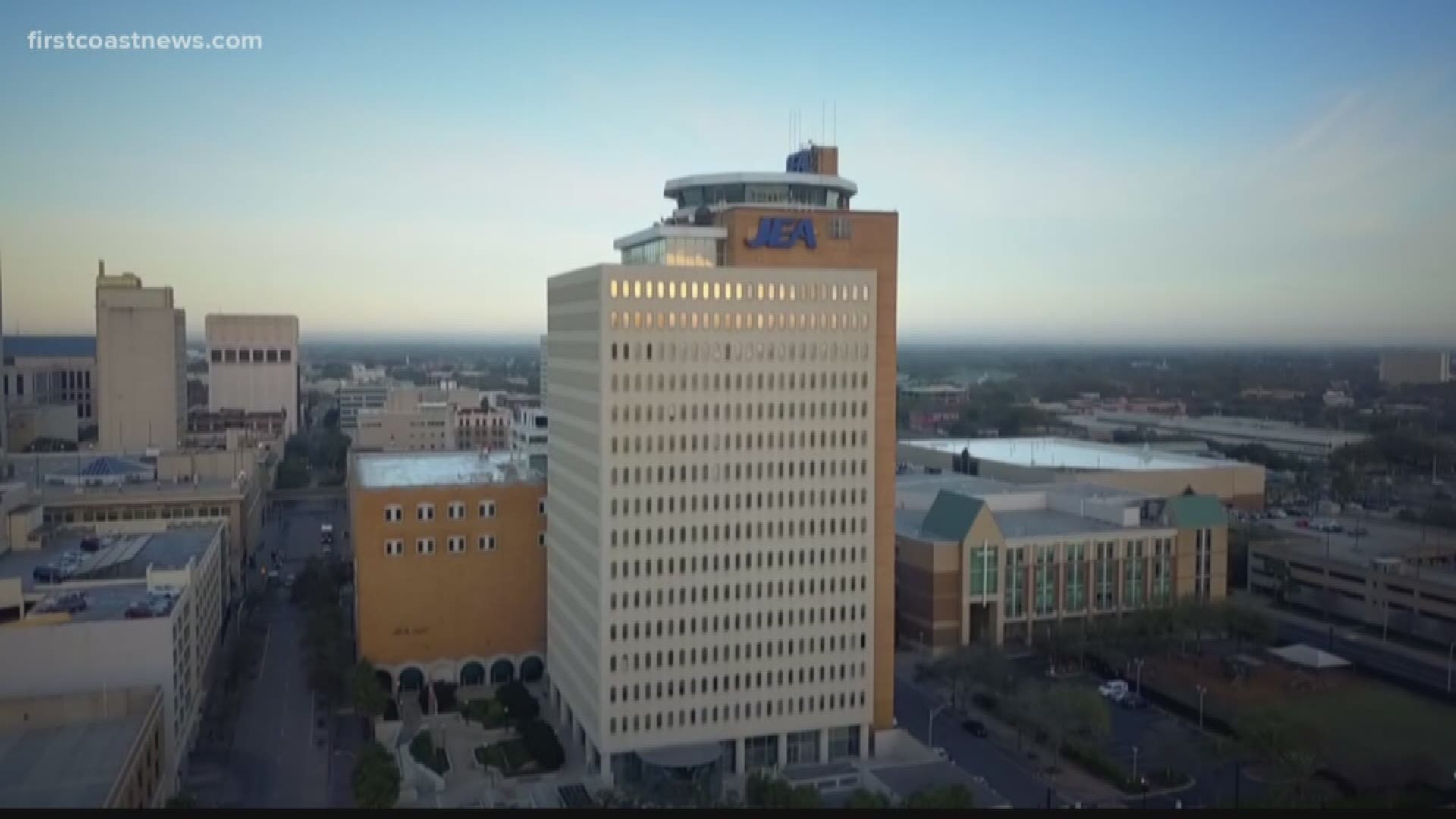 It’s a question even Jacksonville City Council members are asking: What will the future of utility JEA look like? Members met Tuesday to talk about the need for more outside legal counsel to look at options as the city takes steps to weigh different outcomes, including a sale of the utility.

Some city council members argue with JEA’s recent ads, which could give the impression the sale of JEA is inevitable. A handful of members want to remind customers that is not the case.

“Everywhere I go, people are concerned," district two council member Al Ferraro said. "People are afraid of a sale of JEA because of things they don’t know."

City council members like Ferraro are also looking for information.

Tuesday was a small meeting, but members are looking to bring in outside legal counsel that specializes in water and energy management. They’re also looking to form a special city committee to focus solely on the future of JEA discussions.

First Coast News learned Monday that 16 companies are interested in bidding to purchase the utility. Some estimates say the sale could bring in $6 billion to $7 billion for the city.

“I want to work together with all parties and try to come up with a solution that the public would like and enjoy and I think may or may not be the sale of JEA, I don’t know what that is yet," City Council President Scott Wilson said.

Wilson plans to spend much of the following week looking over who could sit on the committee.

Discussion, members said, would not just include the sale of JEA.

Those in the room also talked about changing how JEA is managed, rather than a sale. Changing the structure of the board would require a referendum by the full city council.

“I suggested maybe five or six community meetings around the city so community members and city council members can participate and they can learn how the citizens feel about it," Wilson said.

Tuesday's meeting was just the first of many expected meetings which will likely end on a vote that will need two-thirds support to pass. Then the decision will go before the voters.