Discussion regarding the mixed-use development at Lot J became contentious at a meeting Thursday evening with councilmembers going after each other. 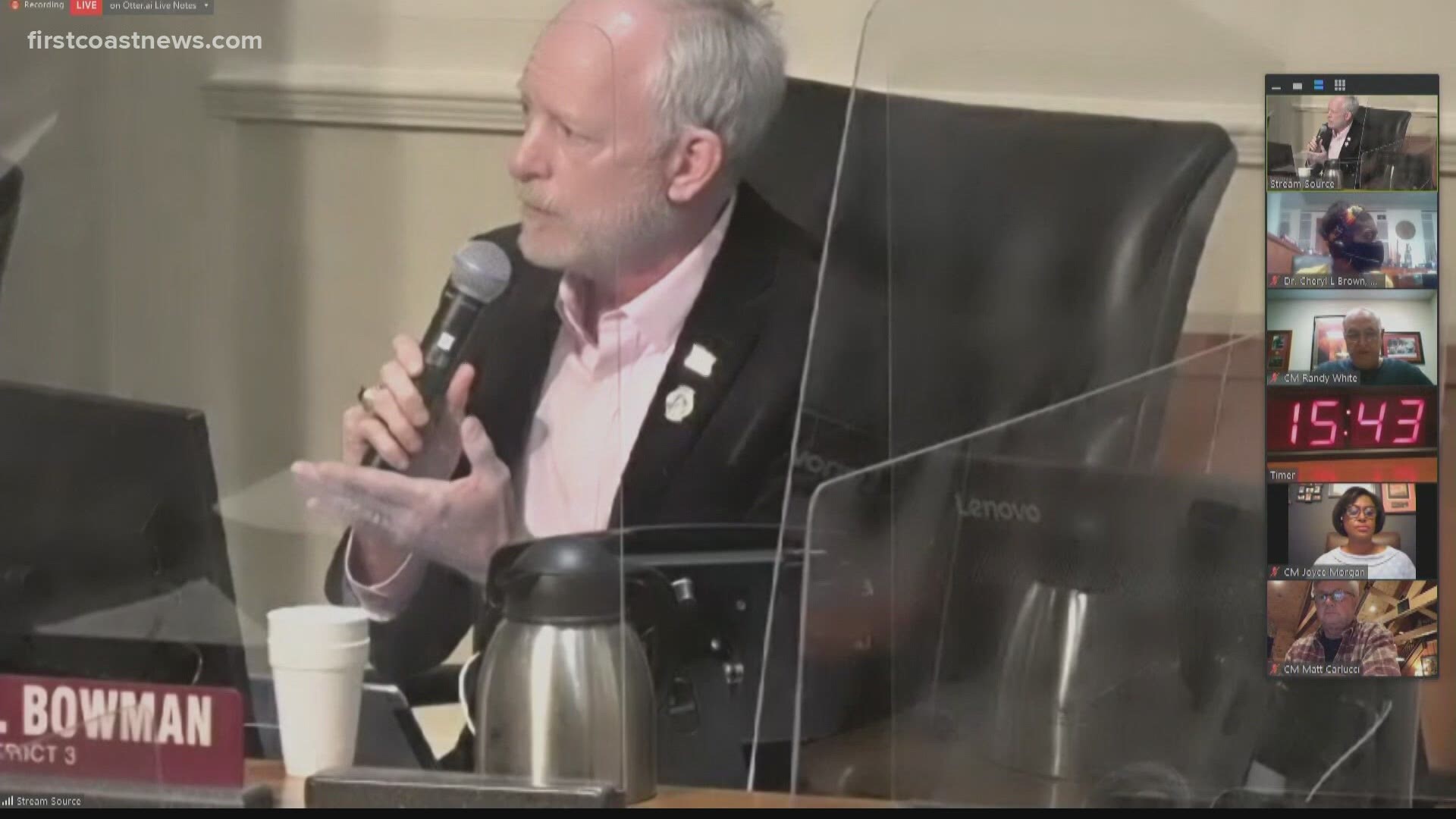 JACKSONVILLE, Fla. — Members of the Jacksonville City Council are holding a public meeting Tuesday morning to discuss the proposed Lot J development. The full council will hold their regular meeting Tuesday evening, which will be another opportunity for the public to weigh in on the legislation.

The meeting comes just hours after the publication of an interview with Jags President Mark Lamping by our news partners at the Florida Times-Union, in which Lamping said an extension of the team's lease is contingent on upgrades at TIAA Bank Field.

Discussion regarding the mixed-use development at Lot J became contentious at a meeting last Thursday evening with councilmembers going after each other and a heated back-and-forth between the council president and the mayor's office.

Ordinance 2020-0648, if passed, would be a massive public-private development that could see taxpayers funding more than $200 million in subsidies for Jaguars owner Shad Khan's entertainment, living and shopping complex at Lot J.

Since the deal was announced in early October, which was crafted between Mayor Lenny Curry's office, the Jaguars and Khan's development team, a number of snags have drawn criticism from councilmembers.