The bill states the contractor, ACON Construction Co., must remove the monument "as carefully as possible to avoid damage." 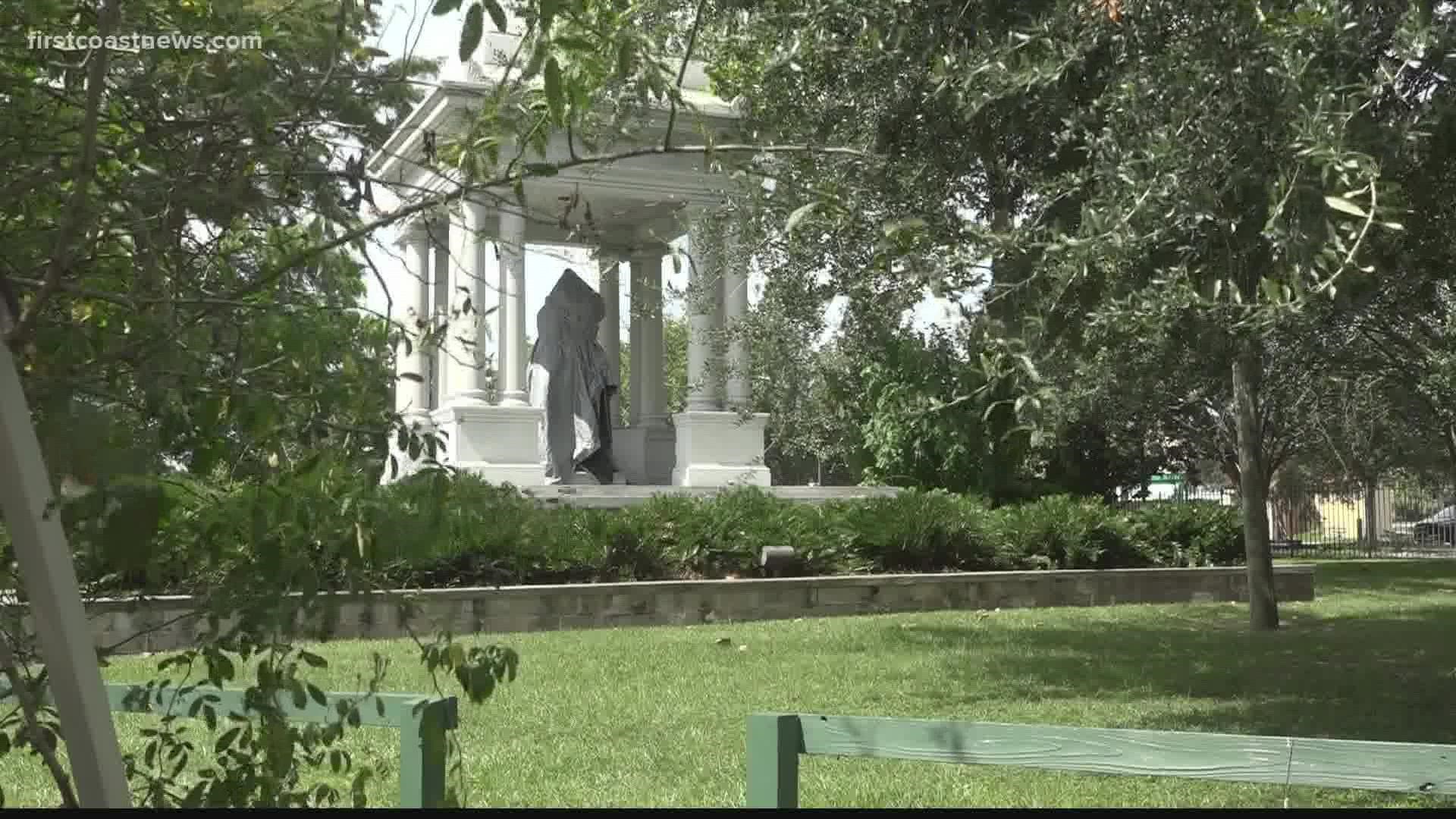 JACKSONVILLE, Fla. — Jacksonville City Council President Sam Newby, on behalf of Mayor Lenny Curry, introduced a bill that would clear the way for the removal of the controversial Confederate monument in Springfield Park.

For the last few months, the Women of the Confederacy Monument has been at the center of an ongoing fight between local activists on either side of the Confederate monument debate.

The Northside Coalition has urged the city to take the monument down and fulfill a promise made by Mayor Curry in June 2020. Meanwhile, others have held their own rallies to keep the statue, which has been covered with rope and tarp for several months.

The bill specifically appropriates $1.3 million of the city budget for both the removal of the monument by a contractor and for storage. The bill states the contractor, ACON Construction Co., must remove the monument "as carefully as possible to avoid damage."

If the bill is passed and signed by Mayor Curry, the city's Public Works Department will oversee the removal of the monument. The bill does not set a date for when the monument will be removed. No date for completion is listed on the project completion sheet.

The final site where the statue will be stored is either undetermined or was not disclosed in the bill.

The bill includes a proposal by ACON Construction that breaks down how the company will use the money:

The budget does not include the possibility of providing on-site security guards for crews. However, in ACON's proposal, the city would also need to pay for that if necessary.