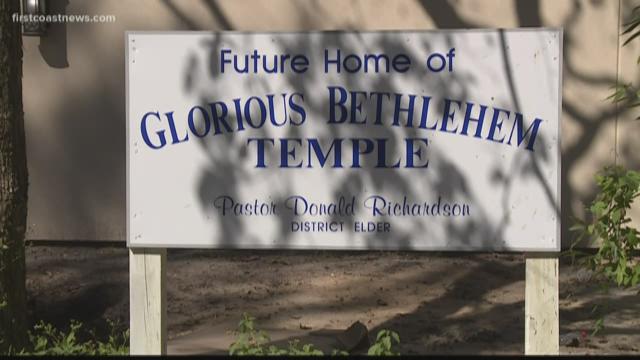 JACKSONVILLE, Fla. - When the Florida Department of Transportation (FDOT) began the I-95 Overland Bridge Project, it bought several properties except a small church on Wister Street.

Glorious Bethlehem Temple had been in its Southside location for nearly six decades. Though small, it was a fabric of the community.

"We did not have any kind of financial debt," said Pastor Donald Richardson.

"We did not have another place to go," he said.

Pastor Richardson said the fight with FDOT was not about the money. It was about the future of the church.

"We didn't want to move... We were established on the Southside," he said.

He said finding a comparable building on the Southside for $390,000 became difficult. So when the FDOT filed an eminent domain lawsuit, the church fought back

"Man it was tough," Richardson said.

The Pastor said it was a difficult and emotional fight, at times a roller coaster.

"There were those times I said 'Lord is this for me?'" he said. "There were discouraging times it did not look so well."

But his church prevailed.

Now, the fight is over and the church is moving into a new facility a few minutes away from the old location on the Southside.

He said this is not about winning or losing, it is about being fair. He said the outcome was fair to the church and its congregation.

"It took about eight years battling but I see the blessings of God now," he said. "Will I want to do it again? No sir!"

Next week, the new building at 2051 Ashland St. will be dedicate and a big grand opening celebration is planned for Nov. 10 to Nov. 12: