The owner of Vintage Arts Decor Studio says customers have cursed at her, threatened her, spit on her and set fires outside her business when asked to wear a mask. 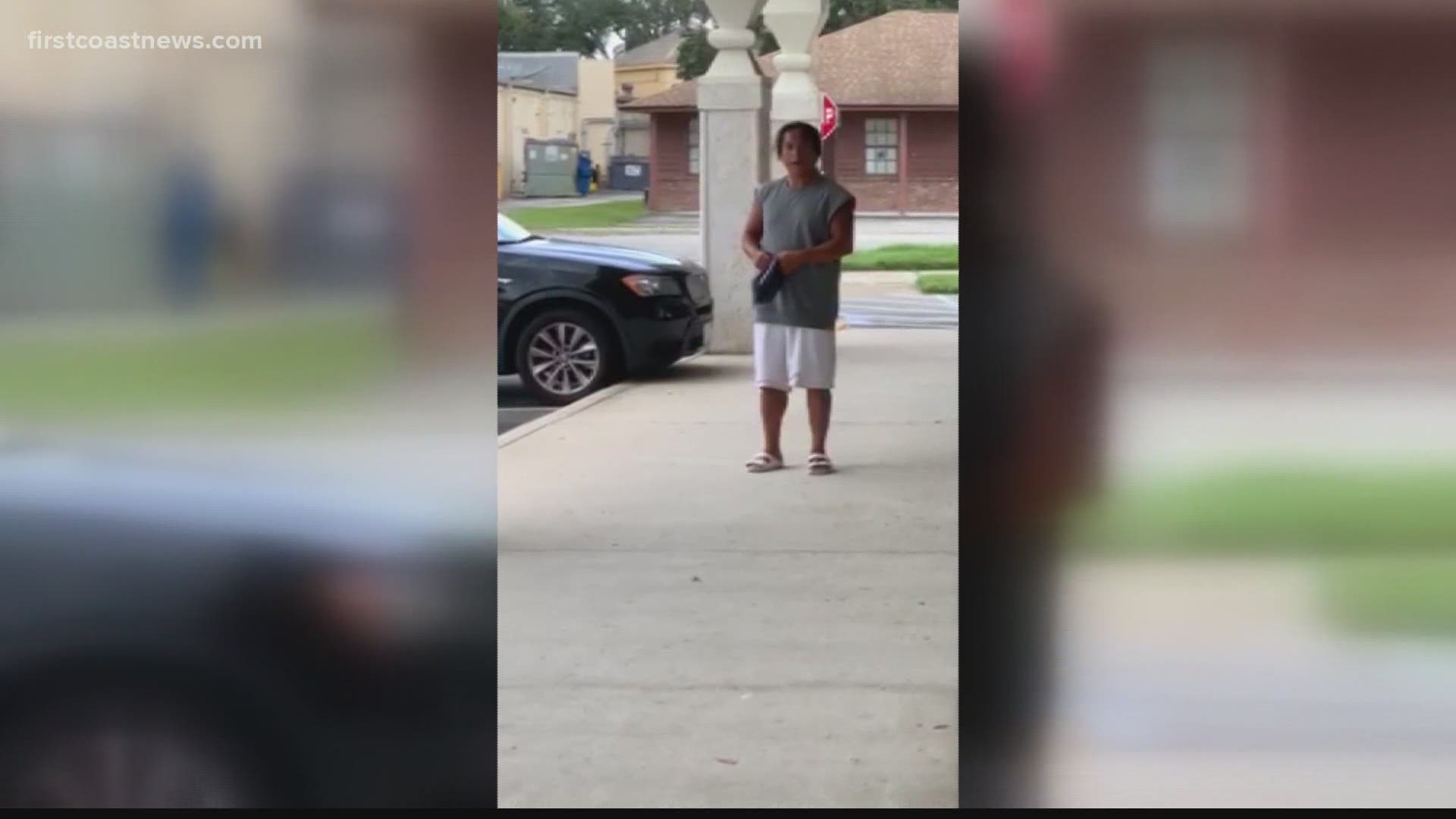 JACKSONVILLE, Fla. — A Jacksonville business owner says she has received threats about her studio's mask policy that are so violent, she said she had to get the police involved.

Signs displayed outside Vintage Arts Decor Studio in Jacksonville clearly tell customers they need to wear a mask to come inside the store.

First Coast News cameras were rolling Sunday afternoon as Holly Donohoe, the store's owner, spoke to two Jacksonville Sheriff's officers to make a report of harassment and threats by a customer at her business.

“When he threatened to rape me and my other female employee, I called 911," Donohoe said.

Donohoe says the same customer set a notebook on fire and threw it against her door, in addition to setting her dumpster on fire in August.

“We’ve been terrorized by him since that incident, and we waited an hour and a half for the police to arrive today," Donohoe said.

It's not just one customer. Donohoe, who has a compromised immune system, says she deals with dozens of people getting violent and using foul language each day when she asks them to wear a mask.

Jeff Robichaud is a loyal customer. He says even though he doesn't like wearing a mask, people should comply with a store's policy.

“Whether you believe in it or not, if you want to go out, be courteous of everybody around you," Robichaud said. "You don’t know what that person may be dealing with at a store or restaurant. Just be courteous, smile and wear a mask.”

JSO did not return our calls and emails for comment.

The owner of Vintage Arts Decor Studio in #Jacksonville, FL said the male customer who threatened her today set this notebook on fire and threw it against her door & set the dumpster on fire in August. I'll have exclusive video of that man tonight at 11 on @FCN2go. pic.twitter.com/XelCq158iR