People were able to spread out at the beach, but there was less social distancing at bars later Saturday night. 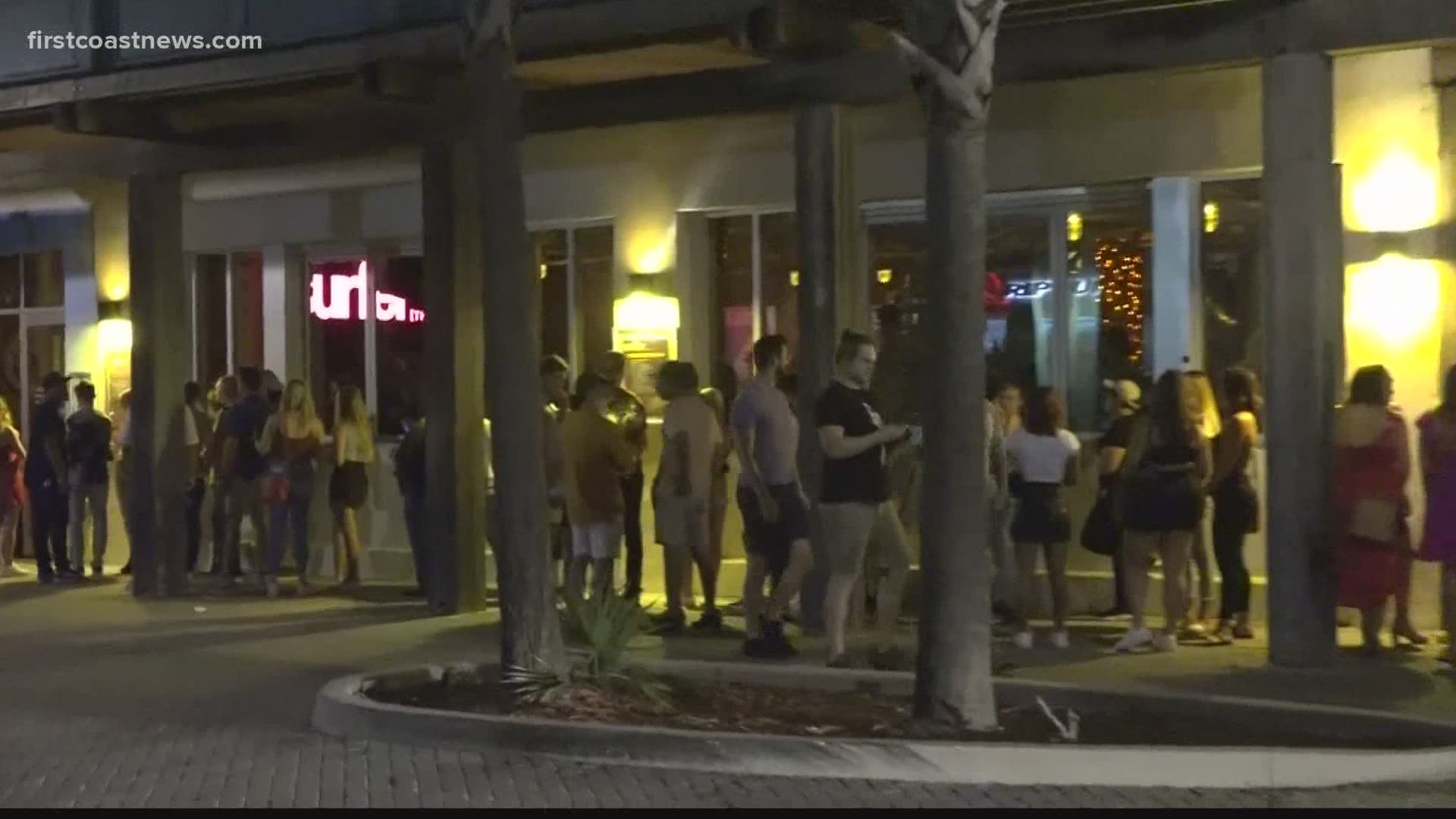 JACKSONVILLE BEACH, Fla. — Doctors say this weekend could make or break us in terms of coronavirus cases as people head out the door for Labor Day festivities.

First Coast News wanted to find out: how are places where we've seen crowds on other holidays looking on this pivotal weekend? The number of people at Jacksonville Beach Saturday was greater than many beach-goers say they'd expected; however, people were able to spread out. There was less social distancing at bars later that night.

"Was it hard for you guys to find your spot?" First Coast News asked a woman at the beach.

"It wasn't too bad but it was pretty packed," said Kylie Thayer. "I was a little surprised at how many people were here."

Vacationers from out of town say they chose Jacksonville because they thought it would be less busy than other Florida beaches.

"We thought it would be a little less crowded," said James Urban who traveled with his friends from Missouri.

Groups of more than 50 are discouraged by the governor. Some doctors advise sticking to no more than ten.

"I wouldn't really say it was a consideration," Urban said about the size of his group, which was fewer than ten people. "But we keep our circles pretty close so we kind of know who we're in contact with and we can have a good time on vacation."

Doctors say this weekend could determine where we are with COVID-19 in the fall. Many beach-goers believe a day by the ocean is one of the safest things they could do.

"We're from Savannah Georgia so our kids are virtual learning," said Millicent Duncan. "For the most part, they're in the house."

"For our part, we're just gonna do all the things that are recommended in terms of masks and keeping space between ourselves," said Brian Duncan. "Hope for the best."

There was less social distancing as day turned to night. It’s a mixture with whether or not people say they're taking COVID-19 precautions seriously.

A line down the sidewalk formed outside Surfer the Bar.

"I don't even think about it," said Joseph Giaritelli. "When I go to Surfer right now it's the last thing I think about honestly."

Bars are still at 50 percent capacity and must serve food. When First Coast News called the Shim Sham Room, staff said they were opening its upstairs for the first time Saturday night, expecting more people.

"I wear the mask going in, coming out, and stuff and sometimes in there," Katie Jackson, who came to Jacksonville from Georgia with friends. "And then I'm not talking and hugging up on a bunch of strangers and sharing my drink like I would before corona."

This weekend if you’re planning on visiting with people who you don’t normally see, the CEO of Telescope Health says of the best things you can do is get tested for COVID-19 before, if possible, and after your visit.

Vacationers from out of town tell me they chose Jax Beach because they figured it’d be less crowded. It was busier than they’d expected, but they were able to find space away from people pretty easily. @FCN2go pic.twitter.com/pJvDCGTmk1