Engineers are moving forward with a plan to rebuild the end of the pier both higher and stronger than the previous design. 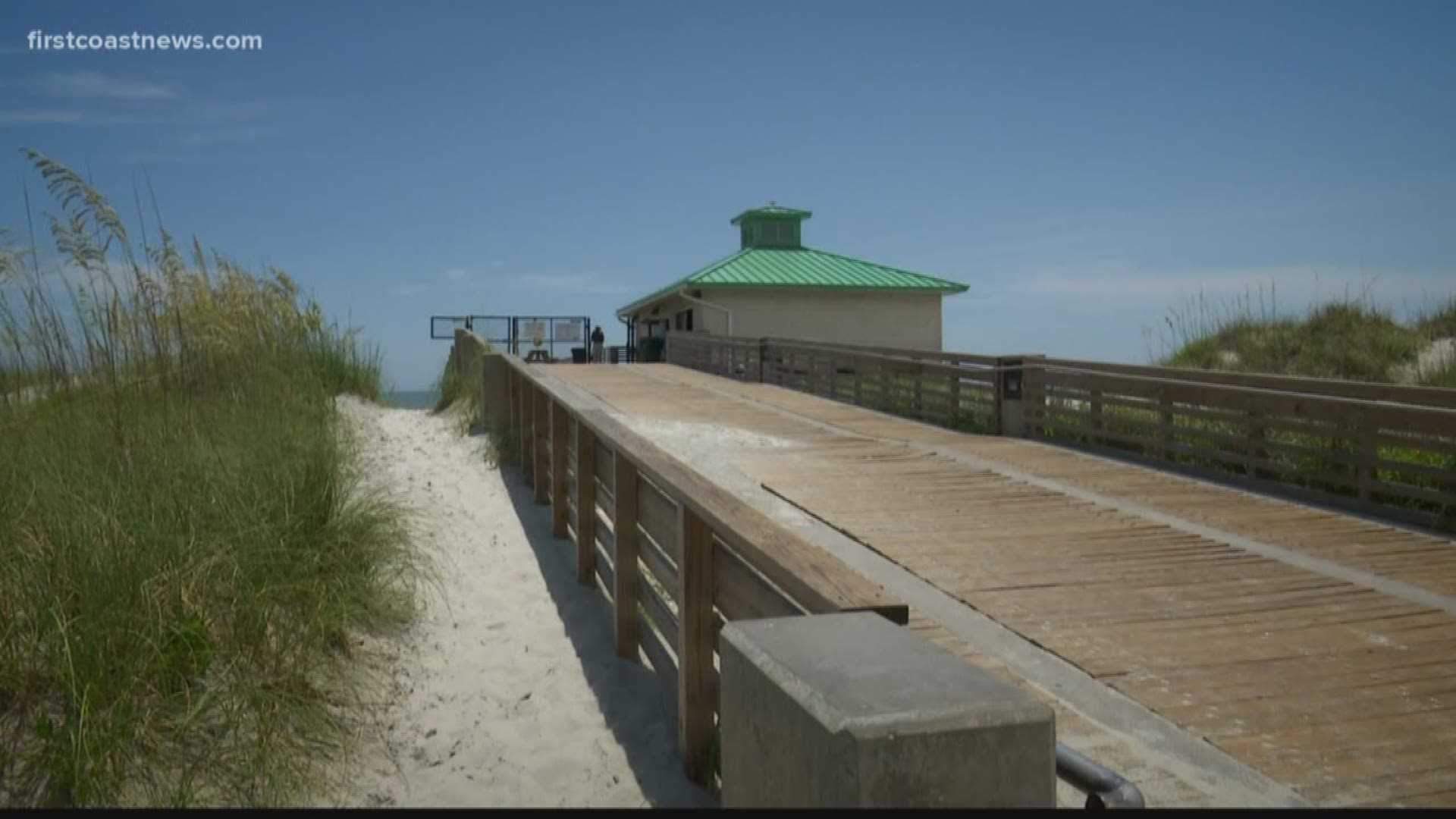 JACKSONVILLE BEACH, Fla. — The Jacksonville Beach Pier will be closed for up to two years beginning this fall as workers repair the damage sustained during Hurricane Matthew in 2016.

Powerful waves produced by that storm destroyed the last 300 feet of the pier. Officials reopened the pier in February 2018, but only the first 600 feet of the once 1,300-foot structure are open to the public.

Spencer Brogden, widely considered an authority on pier fishing who grew up fishing the old pier that was all but destroyed by Hurricane Floyd in 1999, said he has bittersweet feelings about the project.

In its current condition, the pier is only fishable during the higher stages of the tide. However, he said the two-year closure will be a huge loss for the pier’s patrons, a diverse group that includes teenagers, older anglers and others who’ve figured out it’s one of the best places to fish if you don’t have a boat.

“You can catch every species you can in the river. Tarpon. Jacks. Kingfish. It’s a great place for the kids. I stayed out of trouble because we were addicted to fishing,” he said. “I imagine there will be people who won’t be with us when it reopens. It’s sad to think about,” he said.

Engineers are moving forward with a plan to rebuild the end of the pier both higher and stronger than the previous design. The city expects work to begin in September or October. When the project starts, the pier will be closed to the public until it’s rebuilt, which officials say could happen by September 2021.

Tom Goldsbury, chief of the city’s building inspection department, said engineers have designed the pier to survive a 50-year storm. He said the previous design was built to out last a 20-year storm, and the storm surge produced by Matthew was on par with a 25-year storm.

Engineers concluded that the pier would have survived if it had stood eight feet higher, so they designed the end of the pier to gradually rise to that height. They’ve also bolstered the new pier’s bents, which are the groups of pilings that support the deck. The old bents were made up of three 18-inch pilings, and the new ones will be made up of four 24-inch pilings.

The pier will be rebuilt to the same length as it was before the storm. The city estimates the project will cost $8 million, which will be paid for by insurance, the federal government and the city.

Nikki Kimbleton, a city spokeswoman, said the city is still considering whether there will be a bait shop on the pier when it reopens.

Nearly three years have passed since the storm damaged the pier, and Brogden said anglers have been frustrated by the delay and a perception that the public was being kept out of the loop.

He said pier anglers are disappointed the project will begin during the fall’s mullet migration, which is best time of the year to fish the surf, but he’ll figure out how to make do.

“I’ll fish underneath it while they’re building it, if I’m able to,” he said. “They’ve got to get it started. The longer we wait, the less hope we have.”