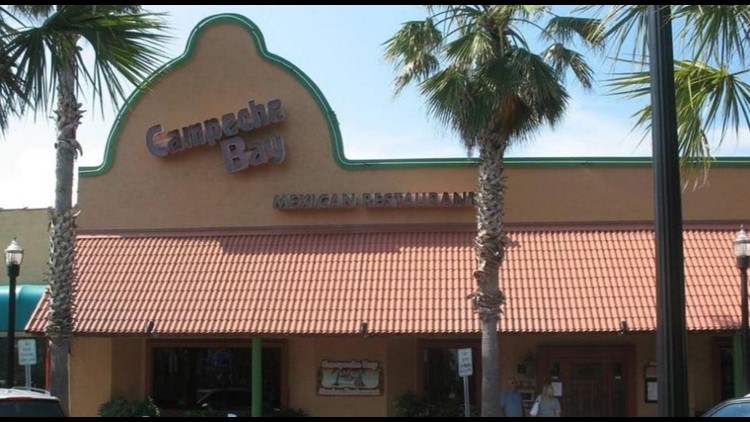 JACKSONVILLE BEACH, Fla. — Campeche Bay Cantina is closing Wednesday, Aug. 7, after 33 years satisfying the appetites of Mexican food lovers at Jacksonville Beach and beyond, according to a report by the Florida Times-Union.

The closing comes as two of the popular restaurant’s three owners are retiring.

“We opened this restaurant as three young guys and now, after 33 years, it’s time to close this door and move to the next chapter of our lives,” co-owner Vince McGuire said in an announcement Monday. “We are forever grateful for the folks who have made it an amazing journey.”

The restaurant, at 127 First Ave. N., Jacksonville Beach, focused on New Mexican-style Mexican cuisine. It developed a loyal following since its debut in the Arlington area in 1986.

The restaurant featured time-tested favorites from the original menu, including signature dishes such as stacked enchiladas, chicken plobano rojas and enchilada stuffed with blue crab and shrimp.