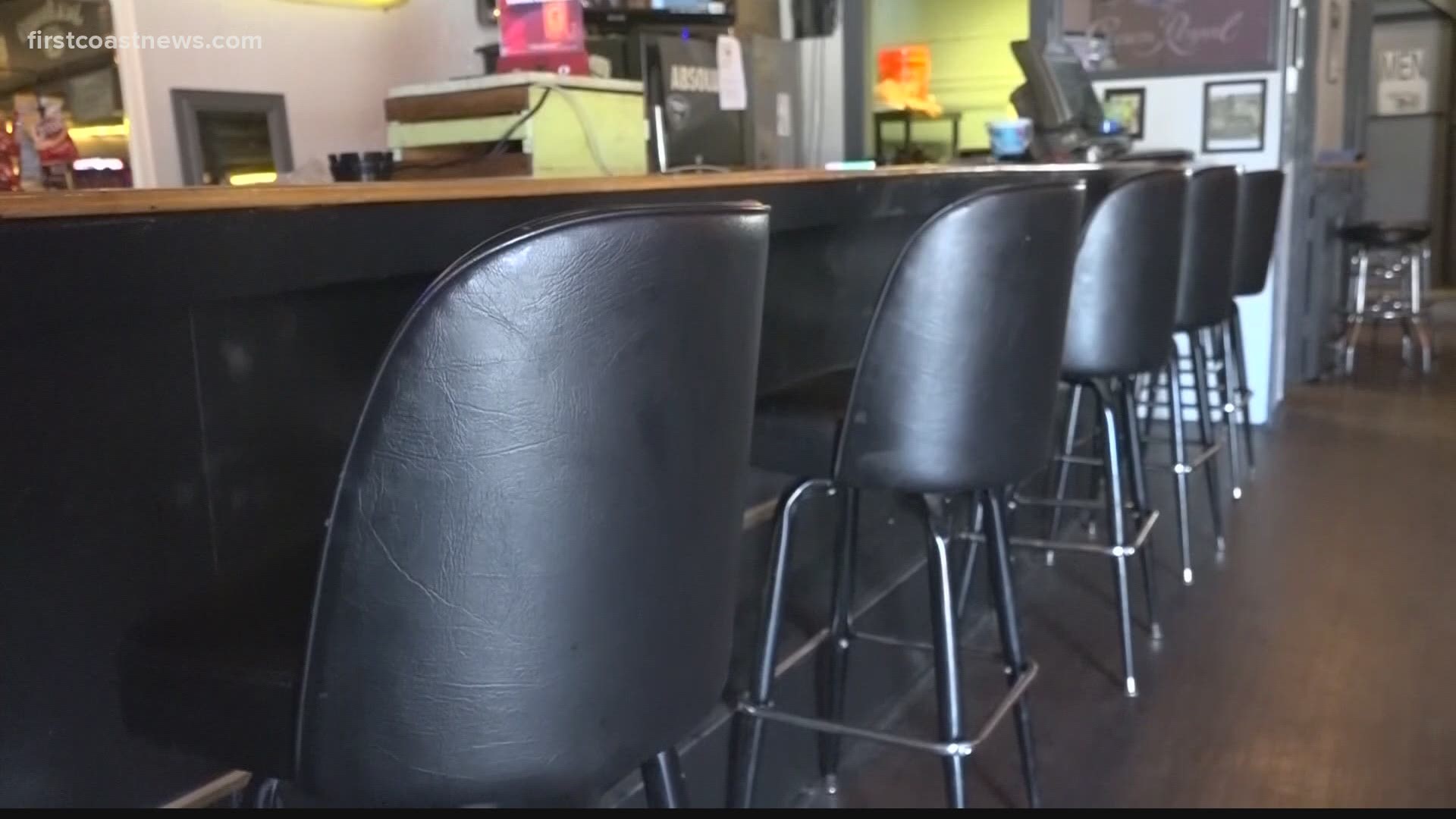 JACKSONVILLE, Fla. — Ginger's Place has been a staple in Jacksonville Beach for decades and owner Candy Breidert is looking for a saving grace to keep it around decades longer.

"You try to plan as you can as the owner of the business to anticipate what might happen. In this case, I don't know how anybody guesses what's going to happen," Breidert told First Coast News.

Like other bar owners along the beach, her in-person capacity is at 50 percent — 20 customers at a time.

"We had good sales January, February and going into March. Then, boom. There was nothing. We had to shut down completely," she said.

Breidert believes her revenue is down 40 percent. She reduced work hours for her staff and wants the governor to consider relaxing some of the rules, which he hinted at during a roundtable last week but made no formal announcement.

Breidert was hoping to see some Labor Day crowds but says the holiday was a bust.

"You just have to pay your bills and hope you have some money to pay the next one," she explained.

She says she's done her part to keep her customers and employees healthy and now wants the governor to get her fully operational.