Florida Urgent Rescue has been working diligently to rescue animals left behind in the Bahamas from when Hurricane Dorian ravaged the islands. 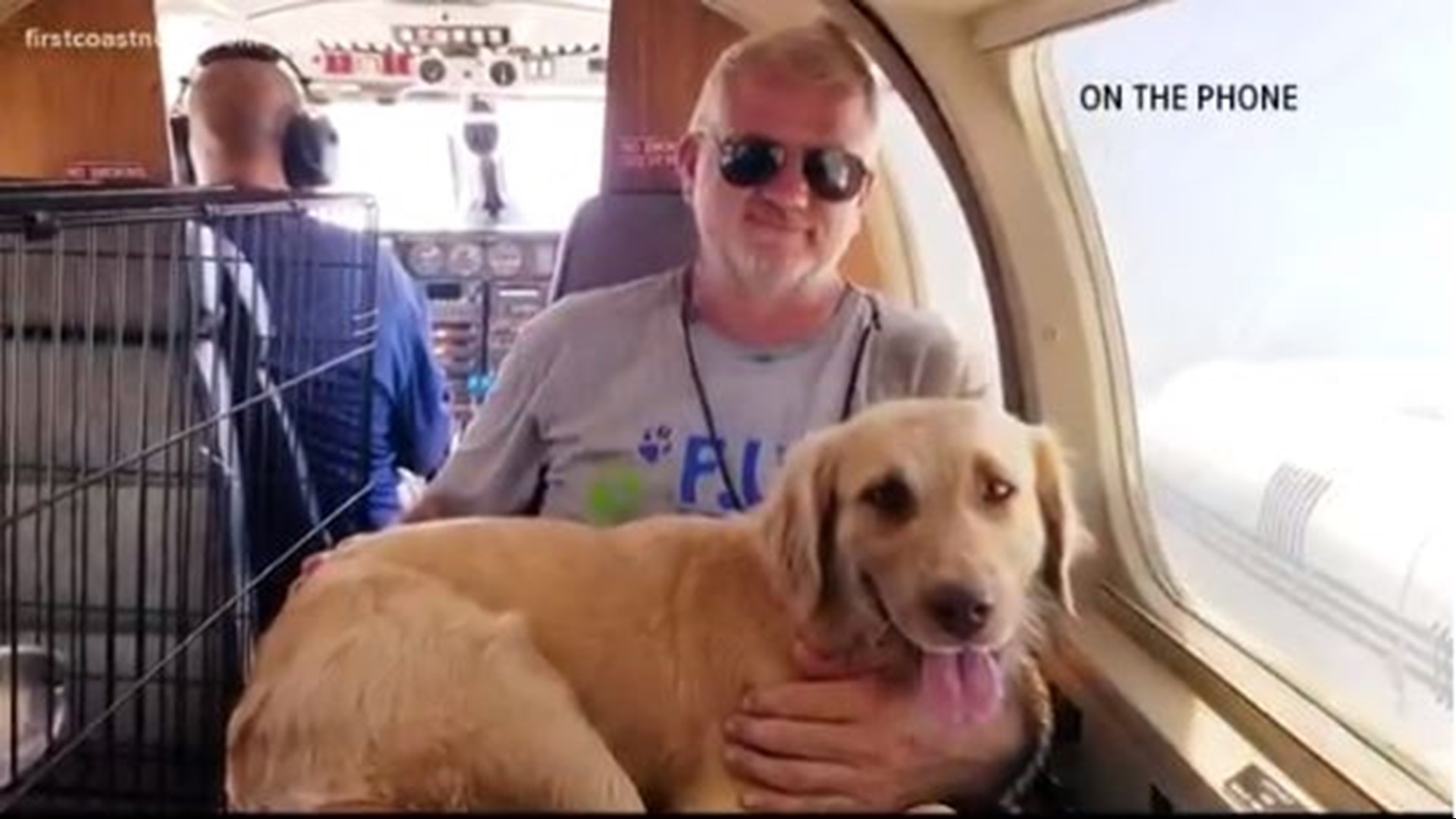 NASSAU, The Bahamas — Florida Urgent Rescue, a Jacksonville-based non-profit, been working feverishly to save household pets in the Bahamas since about a week before Hurricane Dorian struck.

“It’s hard to even wrap my head around it, it’s so bad there,” Mike Merrill, head of the organization, told First Coast News via phone from the Bahamas Tuesday night.

“There’s this huge flood of animals coming in to the shelter that’s already full," he said. "The only way to make room for them is to kill.”

Merrill began FUR four years ago, initially rescuing animals from kill shelters as well as injury and medical cases. But the U.S. Army veteran – who’s not a veterinarian – added a new focus in 2017 when Hurricane Harvey leveled areas in Texas, including Houston.

“We brought out supplies to Houston and then we brought back 17 dogs who were the longest-term residents of the shelter, who would have been killed to make room for the incoming strays from the storm," Merrill said. “And while we were on that trip, Hurricane Irma formed in the Atlantic … so we continued the program [in Jacksonville].”

RELATED: Cleanup resumes in Bahamas as Humberto swirls away

During that time, Merrill said, FUR’s grass-roots efforts quickly developed a network of shelters in various parts of the United States, including the north where he says there are more shelters with vacancy. That helped FUR to relocate animals from shelters in Florida to such places as Virginia, in anticipation of needed space for Dorian-displaced pets.

Since Dorian, FUR has been corralling, crating and shuttling pets from the hard-hit island of Great Abaco to other parts of the Bahamas and even to Florida. It’s been working closely with the Bahamas Humane Society and the Bahamas Alliance for Animals Rights and Kindness (BAARK).

People who evacuated their homes, Merrill said, were not allowed to take their pets with them.

“They either stayed behind or they left the pets behind, and there are a lot of pets that got left behind,” he said.

Now it’s a race against time.

“It’s going to be years before they recover, and these dogs and cats are not going to survive for very much longer on their own,” Merrill said.

RELATED: Jacksonville woman raising money for portable shower for neighborhood in the Bahamas

As is the case throughout areas ravaged by the storm, resources for animal rescue groups have been sparse. Merrill explained that only about five-to-nine dogs can typically fit aboard a relocation flight, depending on the sizes of the animals.

Adding to that, he pointed out that aviation operations have been sporadic at times, presumably, he said, for removal of human dead.

“The military randomly shuts down the airport for two to three hours at a time,” he said.

But the challenge begins with each animal, one at a time, at the point of attempted capture.

“They go into survival mode and they’ll run from any human, even people that they’ve lived with,” Merrill said, indicating instincts that creep in within a few days of abandonment.

As Merrill pointed out, the work of finding and attempting to corral stray and stranded animals – even in the light of day – is fraught with hazards.

“We were picking our way through the rubble,” he recalled, describing one of the countless recent searches, “and there were boards with nails sticking up, and there were wires on the ground.

“And we assume that there’s no power behind those power wires, but you don’t want to find out the hard way that there is,” he said.

But, he said, his crew accepts – even embraces - that there can be no rescue without risk.

“The reality is that these stray dogs and cats aren’t going to sit by the road waiting to get picked up, either,” he said.

Merrill said the effort will continue as long as possible, but support is needed.

“If there are any corporations that would like to make donations, we would like to talk with them directly," Merrill said. "If we had a manufacturer or a corporate partner that wanted to send a group of them or send a pallet full … it would actually be very helpful.”

Florida Urgent Rescue is a 501 (c)(3) non-profit organization and donations are tax-deductible. To donate, click here.

RELATED: Kids start lemonade stand for those affected by Hurricane Dorian in the Bahamas

RELATED: Bahamian girl in custody released to mother in Florida