Lucas’ organization -- focused on bringing diversity to the sport of surf -- and another Jacksonville-based company teamed up to put the art on a tote bag. 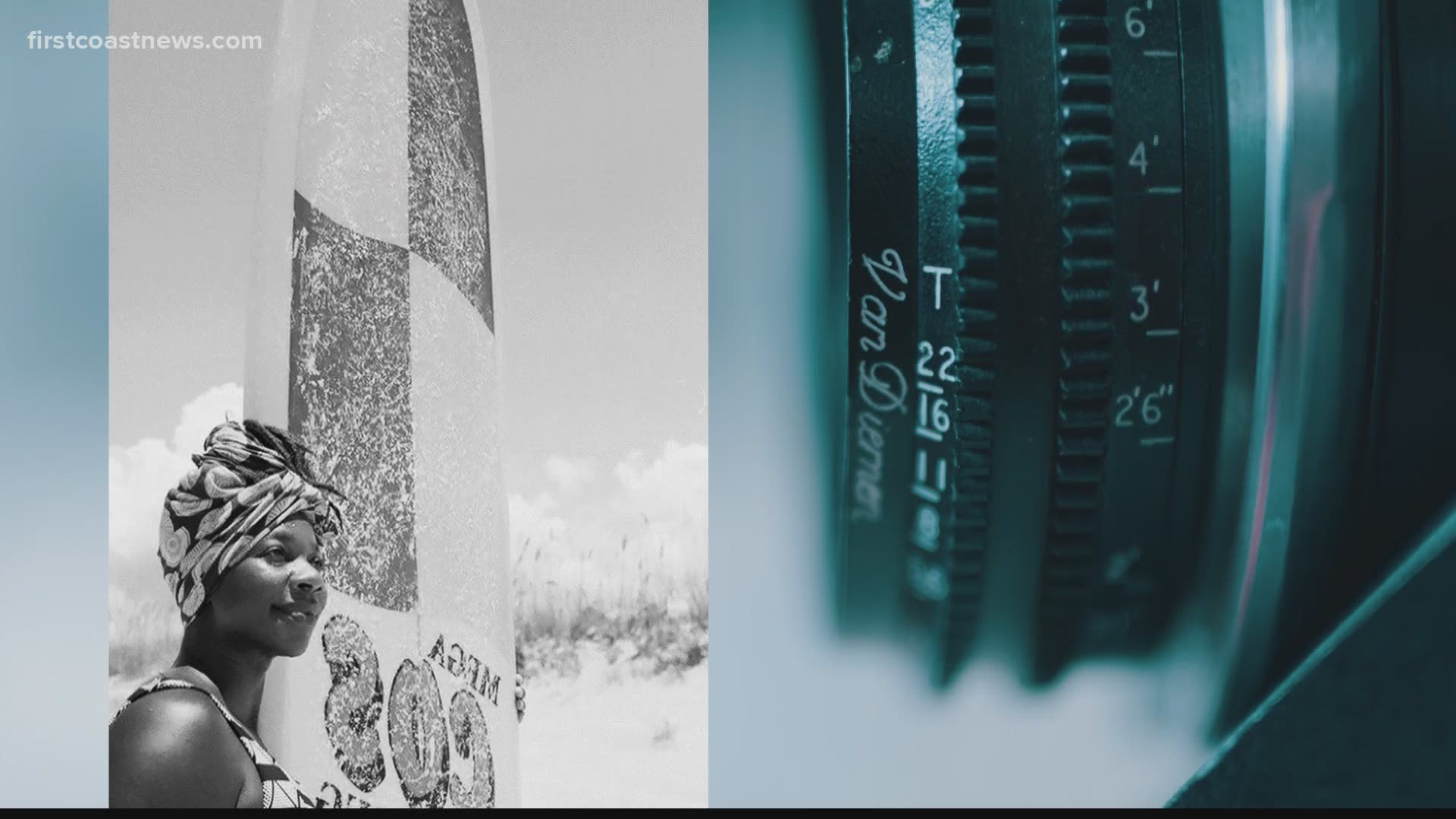 JACKSONVILLE, Fla — For some, it might be an image you’ve never seen before: a black woman with a surfboard in hand.

What was local photographer Malcolm Jackson’s inspiration for the image?

“I didn't start surfing until I was 35, and a lot of the things I experienced and learned catalyzed me into creating this organization," Lucas explained.

Lucas’ organization -- focused on bringing diversity to the sport of surf -- and another Jacksonville-based company Anact teamed together with Jackson to put the art on a tote bag.

The partners said it’s to show support for the Black Lives Matter movement and to broaden it at the same time.

“Everyone has been protesting and there's been different ways to express civil disobedience or activism, but we hadn't seen one in which people could be able to use the power of their dollar and also be able to get rid of single-use plastic," Anact founder Brianna Kilcullen said.

It has a poem on the back written by Lucas who hopes it continues a conversation well after the protests are over.

“The people who built Jacksonville are African Americans, and so it is time for us as a community to shift that paradigm," Kilcullen explained.

Proceeds from the sale of the bag will be used to send young girls of color to surf camps -- to give them a chance to fall in love with the sport like Lucas.

“It's not only teaching them the skills to serve in like understanding the ocean but literally changing their minds in terms of what's possible," she said.