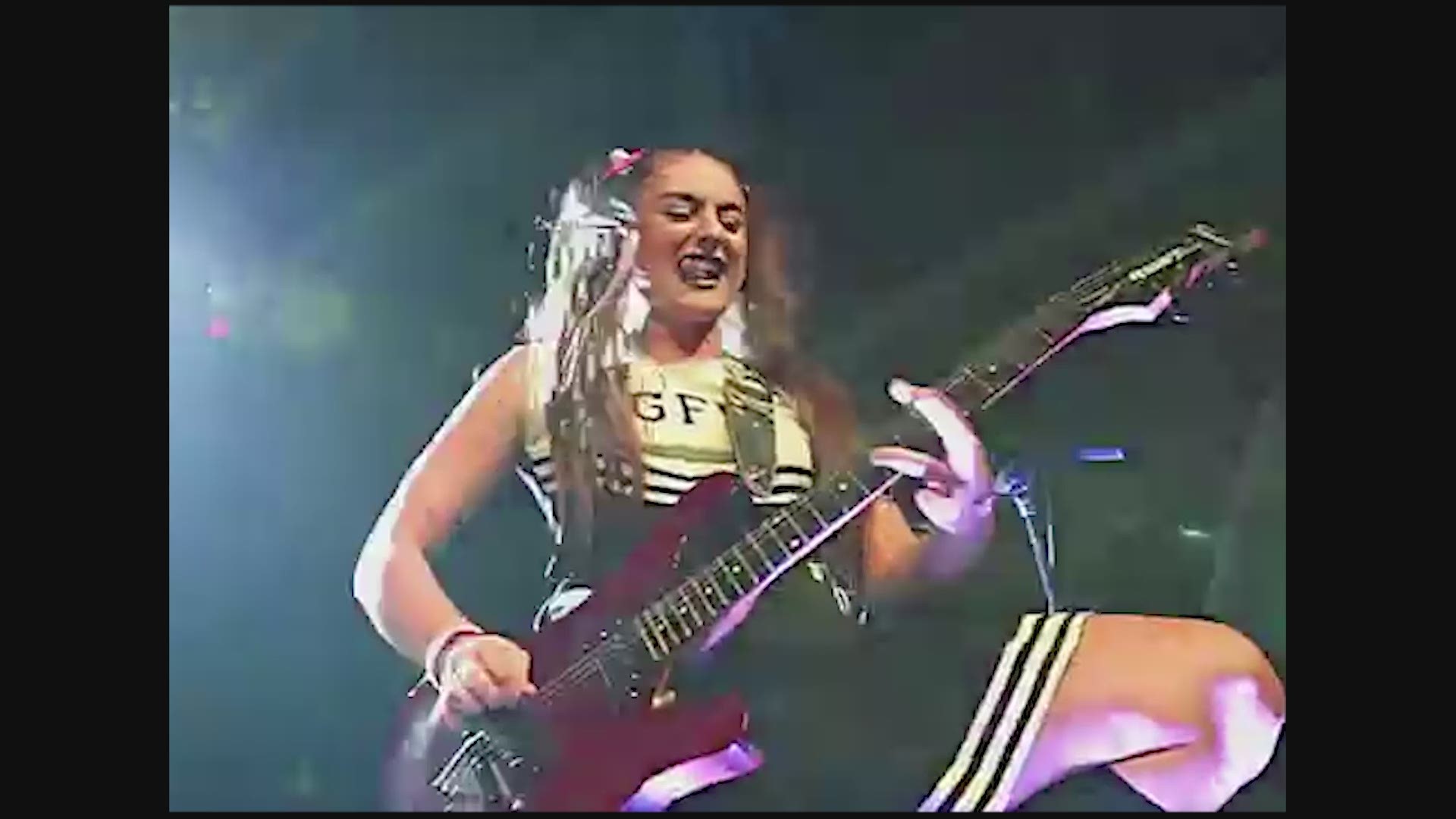 Gold Frankincense and Myrrh is a Jacksonville-based metal band whose latest single spent a week as the most added Christian Rock song on the radio, according to the Billboard music charts. Now, the band is gearing up for their international debut all the way in Germany.

Drummer Lulu English, 14, bassist/screamer Maggie English, 17, and guitarist/singer CJ English, 19, were touring through the Carolinas when they got the call to play CVJM Loud and Proud Festival in Betzdorf, Germany.

“On our social media, there have always been at least a couple [fans] from Germany," Maggie said, "so now, we have a lot more people over there posting the tickets that they’ve bought.”

The festival will be the English sisters’ first international performance, but since 2016 the girls have taken to stages across the US belting out their own brand of metal they call “beauty-core.”

The term started as a joke aimed at the girls’ signature cheerleader uniforms, worn during performances as a contrast to their heavy metal sound. Beauty-core has turned into a symbol of women empowerment in an industry often dominated by men.

Maggie adds, “We wanted to make that giant empowerment movement and just be like, 'Hey, girls can do this too ... kind of better than boys sometimes.'”

That same message of empowerment is featured in the band’s latest single, “On the Inside,” which spent a week as the number one most added Christian Rock song on the Billboard charts and is a prelude of what's to come on their next album.

"We wanted to have a song that would resonate with everybody and just show what the album is about … with this message of self-confidence and strength within yourself,” Maggie said. “The overall concept of the album is becoming centered with yourself and finding yourself.”

“We got them music lessons when they were five,” said the girls’ mother, Cindy English. “Every weekend we’d be sitting right here in our living room, and they’d have a little concert for us.”

By the time the youngest daughter was six years old, the girls wrote their first song with their father inspired their faith.

“A lot of those lyrics came from our pastor’s sermon ... and we would try to make it into something that a 10-year-old would think about,” said Lulu.

Since penning their first song, GFM has toured with high-profile bands like Flyleaf, Motionless in White and Breaking Benjamin. Cindy couldn't be prouder, but admits she wasn’t always on board with her daughters becoming rock stars. She believed her daughters were too young to pursue a career in music, but that all changed when tragedy struck the family -- twice.

"My husband's father died. He just got sick and within a couple months he was dead. Two weeks later, my mom, the same thing -- died" she said. "So my husband came to me and said, '...we're not guaranteed another day, let's get behind [the girls], let's support them, let's see where this goes.'"

Since then, GFM has become a family affair, with Cindy using her background in marketing to manage the band and take them wherever God calls them to play, whether it be a church, a bar or a festival.

"We leave it up to God, whatever doors He wants to open, whatever shows He wants us to play ... we just follow that lead," Cindy said. "Our goal is to share love and hope and encouragement in this world because this world is hurting."

Fighting back tears of joy, Cindy says, "Just to see the people they are impacting ... kids coming up to us and saying, 'We didn't know we could ... get passionate with the music and head-bang and mosh and get rowdy -- and love Jesus at the same time.' And we're like 'Yes! You can.'"