Jimmy Judge was diagnosed with ALS in May. Friends of his in the community have held fundraisers and raised money to help him pay medical bills. 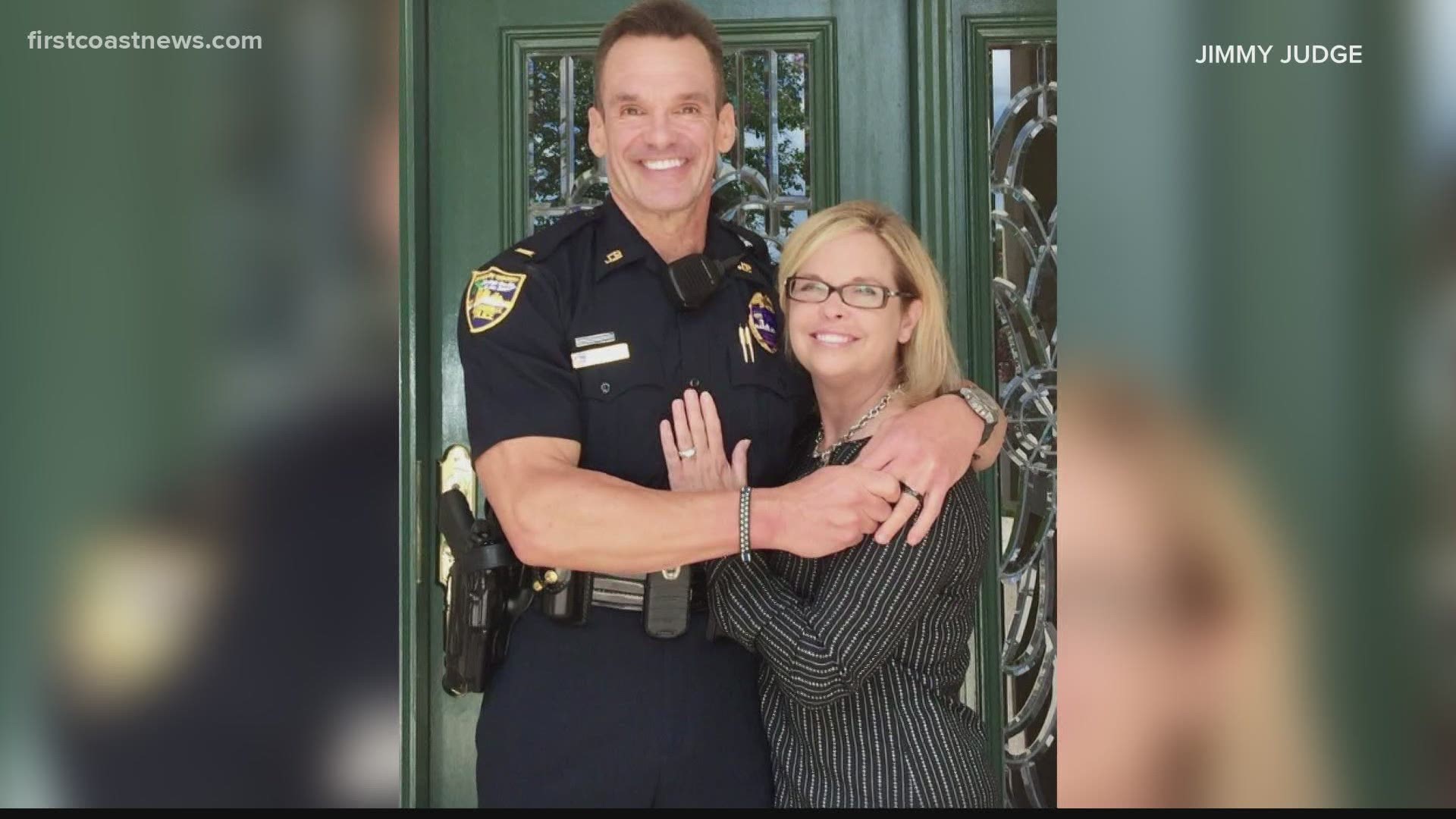 JACKSONVILLE, Fla — He has protected and served Jacksonville for three decades, and now the community is coming together to support him.

Assistant Chief Jimmy Judge with the Jacksonville Sheriff's Office was diagnosed with amyotrophic lateral sclerosis or ALS, a nervous system disease that weakens muscles, in May. Judge goes to the Mayo Clinic in Jacksonville for treatment and travels to Minnesota every other month for a stem cell trial.

He said a couple of years ago he noticed one day on the gun range he had trouble reloading a magazine, something that hadn't happened before. Around the same time, he said, he was at a speaking engagement with JSO and he had trouble enunciating his words.

Judge spoke with his friend, who is a doctor when things got worse. The friend brought him to a hand specialist, who referred him to a neurologist.

"When I had to disclose my diagnosis to the sheriff, I was very nervous about it, but Sheriff Williams, he didn’t even blink," Judge said. "He said, 'whatever you need don’t even worry about it. We got your back,'” he said.

When his friends, several of them restaurant owners, heard about his diagnosis, they wanted to do something to help. Shayne Berndt, the owner of Berndt Ends BBQ, said he and his staff created "the Judge," Judge's favorite meal, sweet potatoes, turkey and Datil beans. The proceeds from the plate go to help Judge pay for medical and travel bills for his treatment.

Judge said he's humbled by the outpouring amount of support.

"At first I was kind of resistant," he said. "I didn’t want to talk about it. I was kind of depressed, but then I started realizing in order to stay positive, I need to lean on family and friends and it has been a blessing," Judge said.

Judge said he hopes to bring more awareness to ALS, a rare disease with no cure.

"ALS is undefeated. The mortality rate is 100 percent. So, we need more awareness. Lou Gehrig got this disease in 1939, so in 80 years we haven’t come a very long way, and I think if there was more awareness and more people had it, we’d be in a better spot for treatment," Judge said.

Sunday, River City Brewing Company is holding a fundraiser for Judge from 4 to 8 p.m.