'It's been hard, it's almost like pure hell': Family demands answers for son's shooting

Family and friends of a murder victim are demanding answers about the details of their loved one's death. The only name listed in the incident report was the son of a former Baker County sheriff deputy. 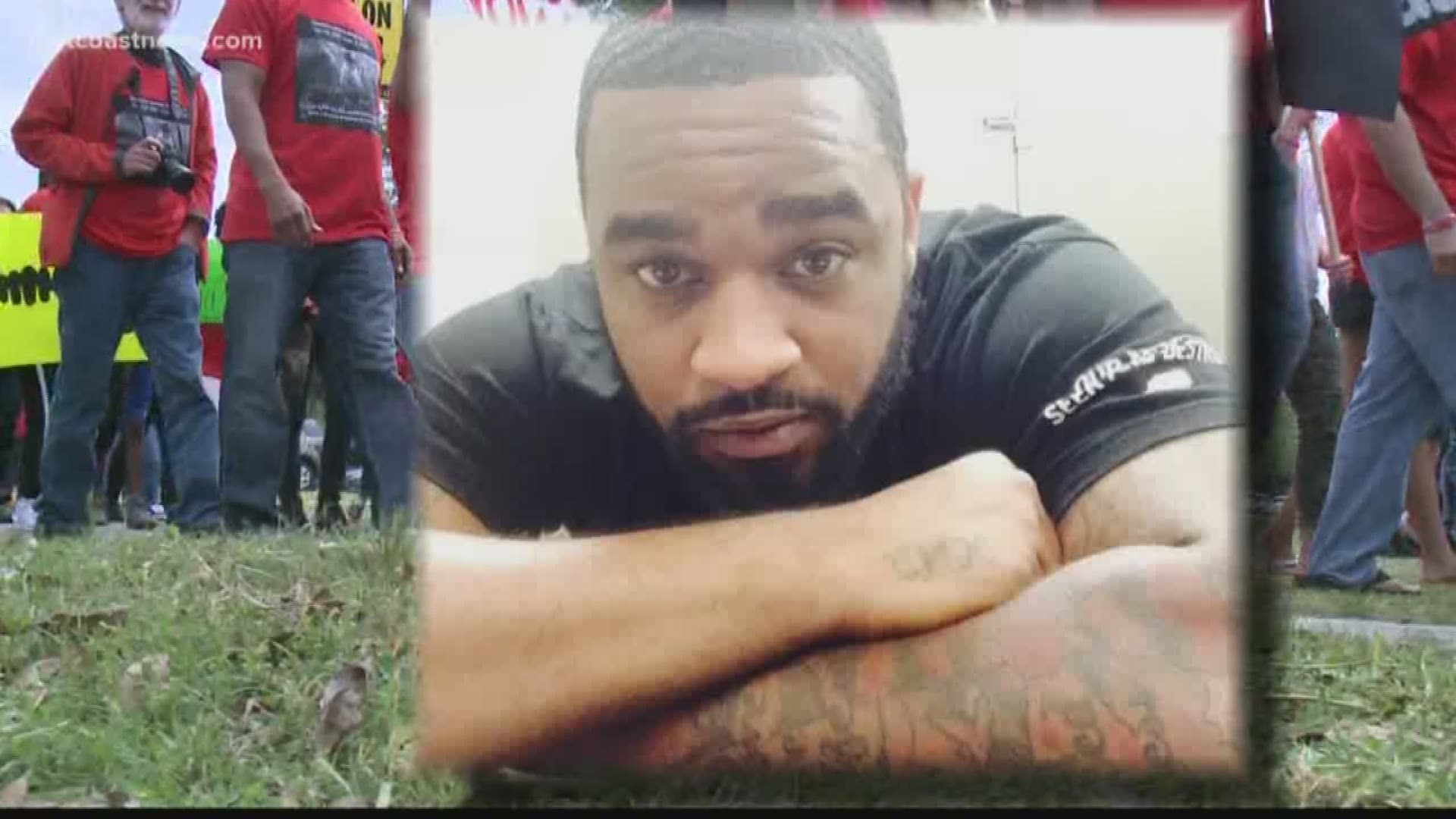 It has been over two months and Dominic 'DJ' Broadus' family and friends still have no idea what happened to him.

"I have a police report that's redacted to no end," said DJ's father, Dominic Broadus Sr. "What are they hiding?"

He says all he knows is that his son was shot.

"He'd been shot multiple times in the head," Broadus said.

The only name on the February 3 police report was that of the 28-year-old son of a retired Baker County Sheriff's deputy. According to that police report, the retired deputy's son was escorted away from the scene of the crime to the sheriff's office, later to be released.

We are not releasing his name because he has not been charged or named as a suspect.

DJ's family and friends took to the streets of Macclenny to march, demanding justice and answers.

"As a mom raising a son of color I always talked to them about being safe, and this happened in the daylight when he thought he was safe," said DJ's mother Delmeshay Swain.

For Swain, that's what hurts the most.

"You do all you can to tell all your young men and boys to stay safe, and you realize you don't really have the power," Swain said. "It hurts."

"It's been hard it's almost like pure hell," said Broadus Sr.

DJ leaves behind a son. His family says he's got DJ's eyes.

"[His son] knows what's going on, but he's quiet," Broadus Sr. said, "but I know how heavy this weighs on my heart so I can imagine [how he feels about] his father."

Dominic Sr. says that's why they won't give up until they've got answers.

"I'm not just going to go away, we're going to find out what happened."

Broadus says FDLE told him his son did not have a gun at the time of the shooting and that his cell phone is missing.

First Coast News asked FDLE on Friday if there were any new leads or suspects, and they told us they can not give any more details as this is still an active investigation.