'It just doesn't add up': Jacksonville homeowner finds sign posted in yard warning of squatters living inside, but it's just him

Jacob Plique III bought his first home on July 1. Just in the past week, police have been called out multiple times to what he says are false reports of squatting. 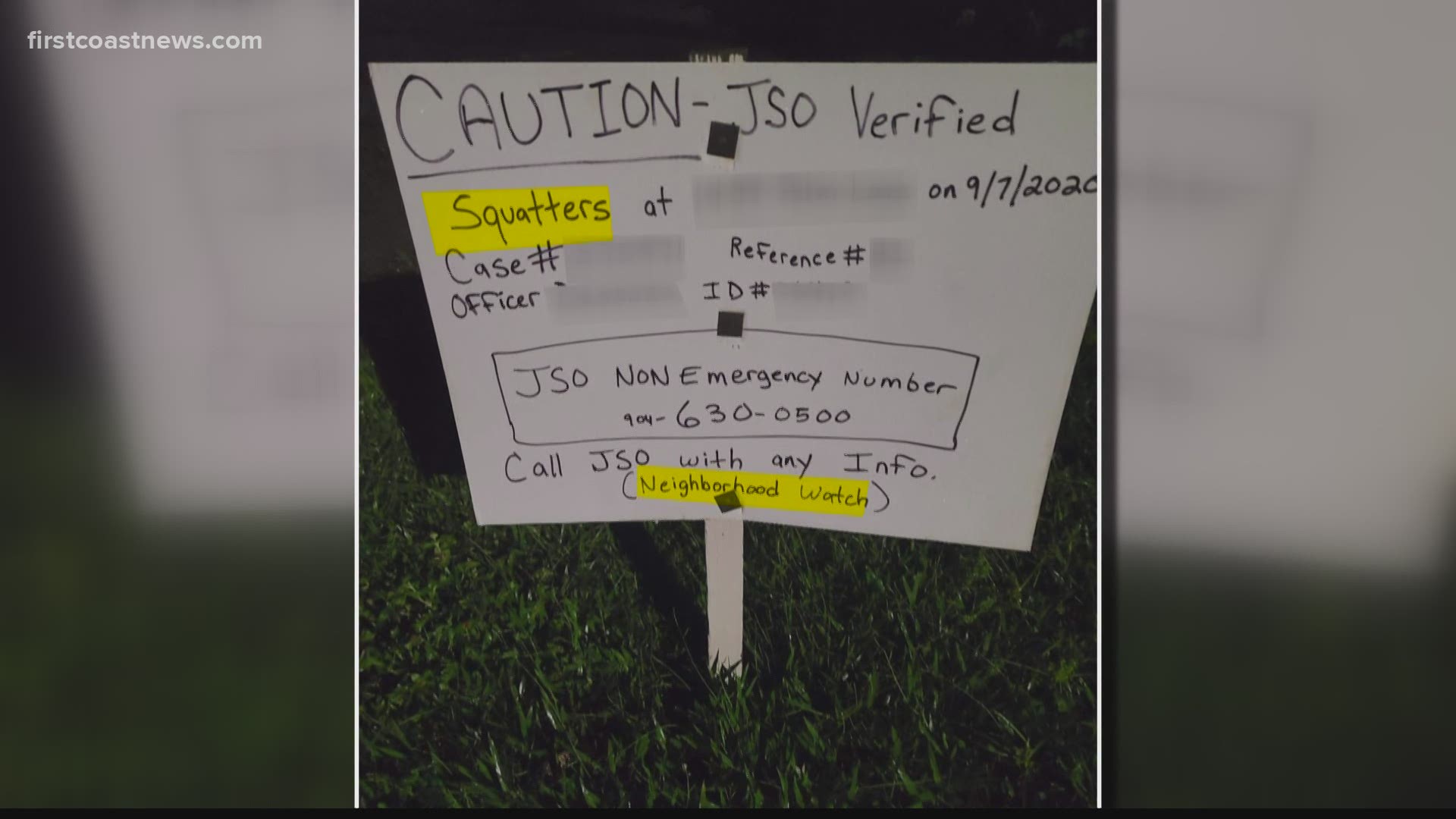 JACKSONVILLE, Fla — In the past week, police have been called out to reports of squatting at a home on Jacksonville's Southside three times, with someone even placing a sign in the yard indicating squatters live there. But there's one problem: the homeowner says he is living there.

Jacob Plique III bought his first home on July 1. Since then, he has been living between the new home and his old condo as he moves in.

But starting on the night of Sept. 7, and again the next night, police were called out to the home for complaints of squatters and a property check.

At the time, Plique didn't think much of it — until he saw the sign.

"It just doesn't add up," he told First Coast News.

The sign, pictured above, is labeled with the word "CAUTION," and goes on to warn of supposed squatters living in Plique's home. The non-emergency phone line for the Jacksonville Sheriff's Office is listed, and the sign is attributed to "Neighborhood Watch."

"I thought it was incredibly overbearing, very strange and a little bit insulting," Plique said.

Just days after the Sept. 8 call for service, on Sept. 13, police again responded to a call of squatters at the home.

"We live in the age of the internet," Plique said. "It is not hard to find out who owns the house and probably what they look like."

While the grass in the front yard is overgrown, Plique said he's had problems getting a landscaper out.

The property is listed as being owned by Plique on the Duval County Property Appraiser's website.

A spokesperson for the Jacksonville Sheriff's Office says officers have to respond to any call, and that in this situation, ideally, it would be best to speak with the person who made the complaint after confirming there are no squatters.

But if the complaint is made anonymously, that communication may not be possible.

Plique says the whole ordeal has been strange, but he wants to chalk it up to nosy neighbors or miscommunication.

"I hope it's something as simple as that," he said. "That would make some sort of logical sense."