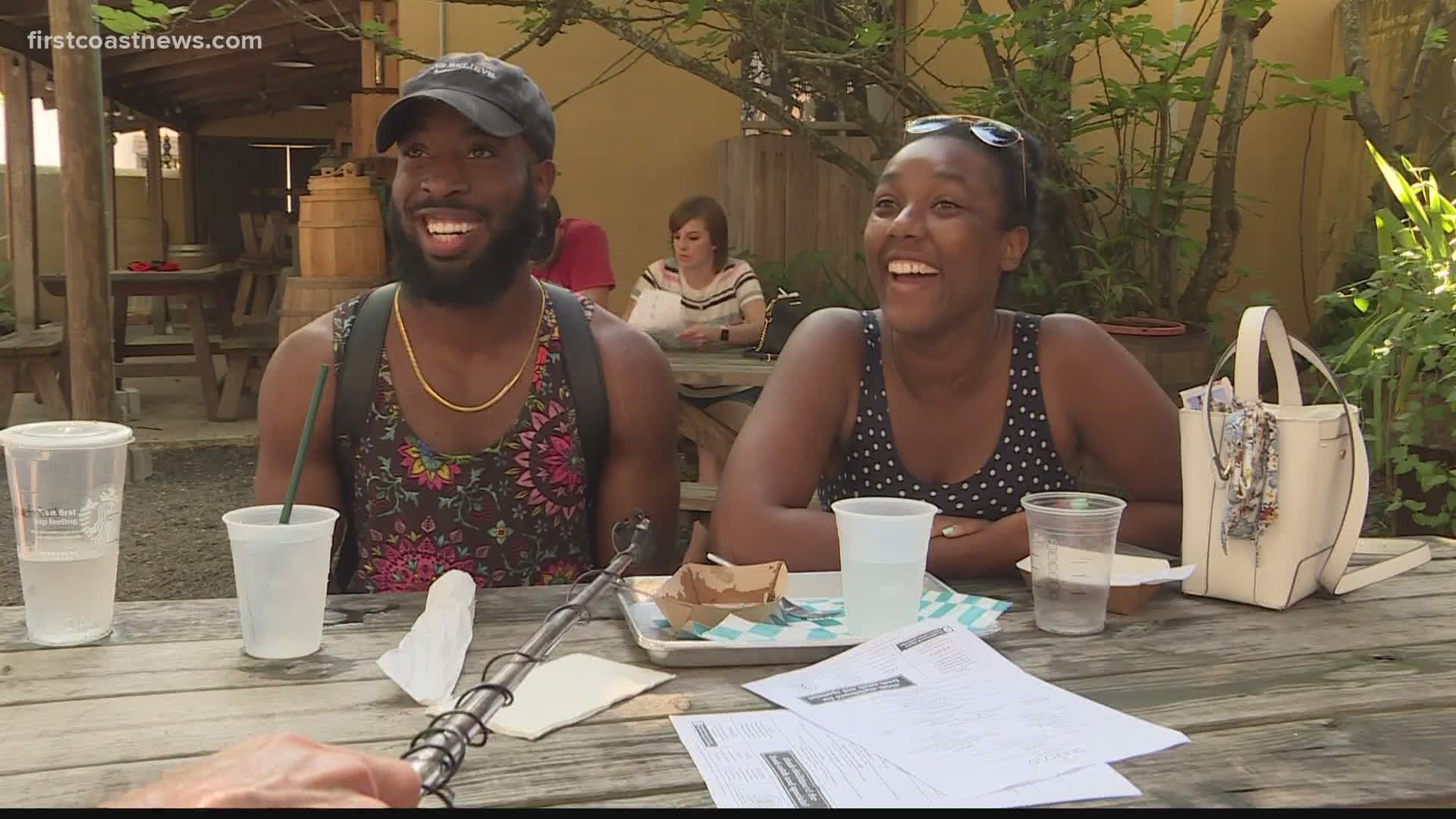 But then again, few things in history have disrupted all of humanity as much as coronavirus, and that’s forcing live music venues in St. Augustine to learn something popular, at least in jazz -- improvisation.

“People are definitely missing the live music in our town. We have such a great live music scene,” Jason Pilacek, manager at the Colonial Quarter observed Saturday about an hour before local guitarist and singer Kyra Livingston was set to take the stage at the popular Colonial Oak Music Park on St. George Street.

The Colonial Oak turned the amps back on in late June – just two weeks prior, only booking solo artists and duos instead of larger bands - but in response to a recent spike in covid cases locally, abruptly decided to stop scheduling beyond its current commitments filling out the next two weekends.

“We are going to stop booking momentarily again, until things calm down a little bit further,” Pilacek said.

It was a voluntary caution layered on top of many others that will continue at ‘The Oak’ during non-musical events.

“We temperature-check all guests at the door. We require that they wear masks while on our property when not seated.”

Livingston, who grew up in St. Augustine and has been playing the live scene for about five years, talked with First Coast News before her set.

“[Performing live is] not only important for me, but also for a lot of other artists that are trying to gig, because for a lot of people this is their main source of income.”

But that entire economy is on a different scale. Pilacek recalled having a crowd of about 800-900 at the Colonial Oak’s outdoor concert venue New Year’s Eve.

Now, “with the social distancing of the tables we only have enough space for roughly 120 people,” he said. “There’s a completely different energy in what’s going on. Again, this is more ambient music, background music,” he continued, comparing the current situation to when crowds are much larger and louder acts are the focal point.

“It definitely affects the energy, I think everybody can say that if you have a smaller crowd you’re going to feel less energy.”

But the crowd this Saturday – smaller though it might have been – was enthusiastic.

“If it wasn’t for the singing we wouldn’t have came in today. It’s true!,” Demetrius Simmons and Krystal Bailey said, moments after joining Livingston in belting out the standard “Hit The Road, Jack” with gusto from their picnic table.

Their comment was a reminder that live music draws added revenue for the establishments that offer it.

“Being able to be out and enjoy atmospheres like this, it gives you such optimistic energy,” Simmons smiled, noting that the pair hadn’t been to a live music performance in months.

“[You] want to still play out and be the best performer that you can … play like you have a ton of people in front of you,” Livingston said.

For now though, it’s hard to tell whether the near future holds more or less live music in St. Augustine, let alone how many people will be able to hear and watch it performed.

“It makes me sad but I also understand everybody needs to take precaution,” Livingston said of the Colonial Oak’s decision to suspend further bookings temporarily.