With a slogan like "Get Baked," Island Wing Company says its chicken wings have 60 percent to 70 percent less fat and calories than traditional fried wings. 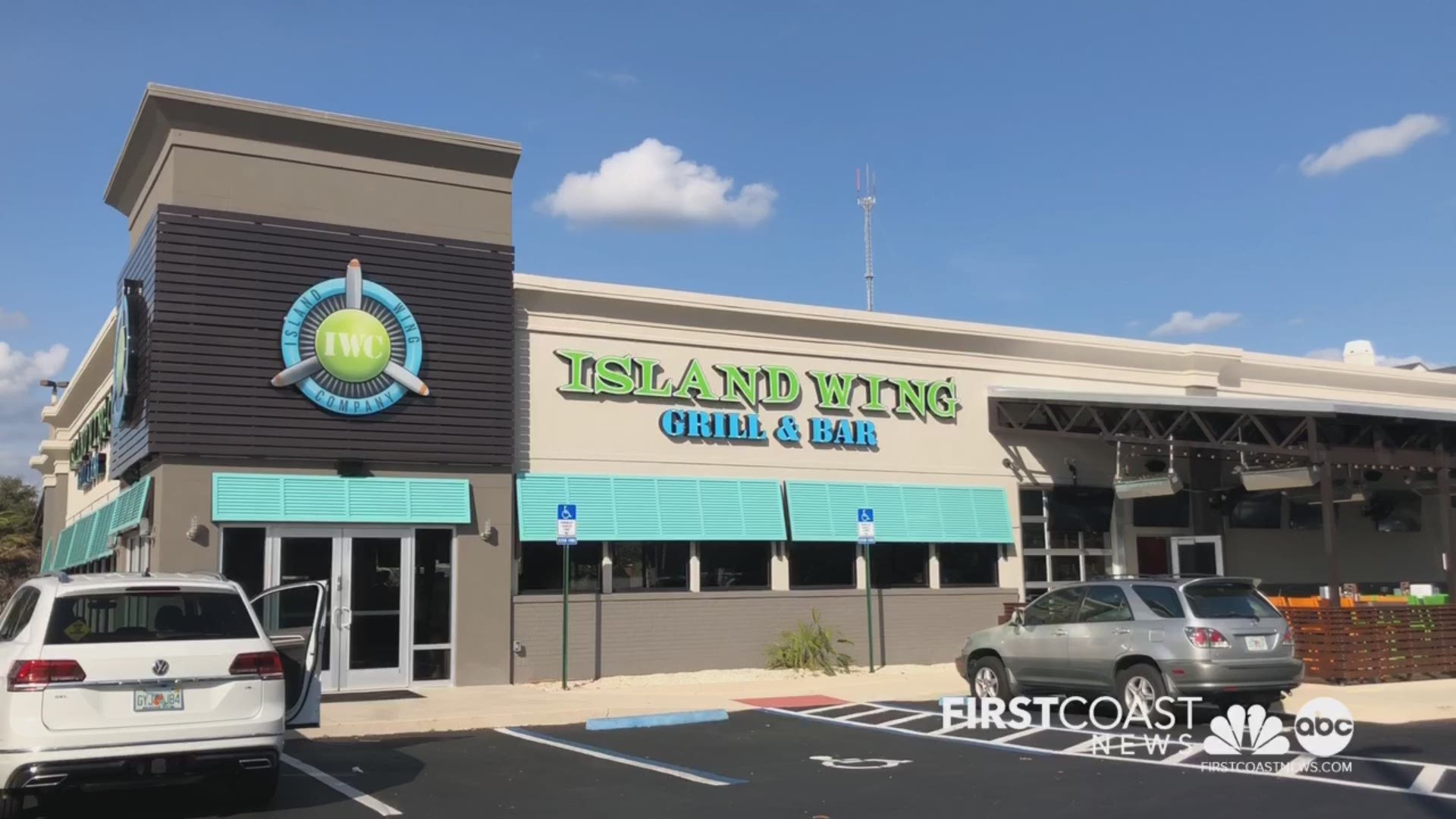 JACKSONVILLE, Fla. — Living in the South, you're sure to stumble upon a copious amount of fried food. But not at the new Island Wing Company Grill & Bar on the Southside. There's not a single fryer in sight at this sports restaurant.

The restaurant, which celebrated its grand opening at 4409 Southside Blvd. on Monday, takes pride in serving baked chicken wings.

"It all started with a simple idea: keep the taste but ditch the grease," its menu reads. "... Get ready to take a trip to a place where everything is baked — not fried."

With a slogan like "Get Baked," Island Wing Company says its chicken wings have 60 percent to 70 percent less fat and calories than traditional fried wings.

You can also get your wings tossed in any of the restaurant's 40 sauces, which range from mild to "scorpion" hot.

In addition to chicken wings, Island Wing Company is known for having an extensive menu sure to satisfy any taste bud. Everything is inspired by island flavors.

For vegetarians, they can get vegetarian-styled nuggets, as well as buffalo roasted cauliflower, a black bean burger or a vegan taco. There's plenty of salad options, as well.

When it comes to drinks, remember Island Wing Company is a family-friendly sports bar. They have a lot of craft beer and drink options to help you enjoy the game.

The new Southside location marks the first Jacksonville location for this Destin-based restaurant. It now sits at the former TGI Fridays, which was in business for 20 years.