"They sent two different companies out," Ryans said. "One to soak up the water in my bedroom and another to fix the plumbing in the back, but it is still broken." 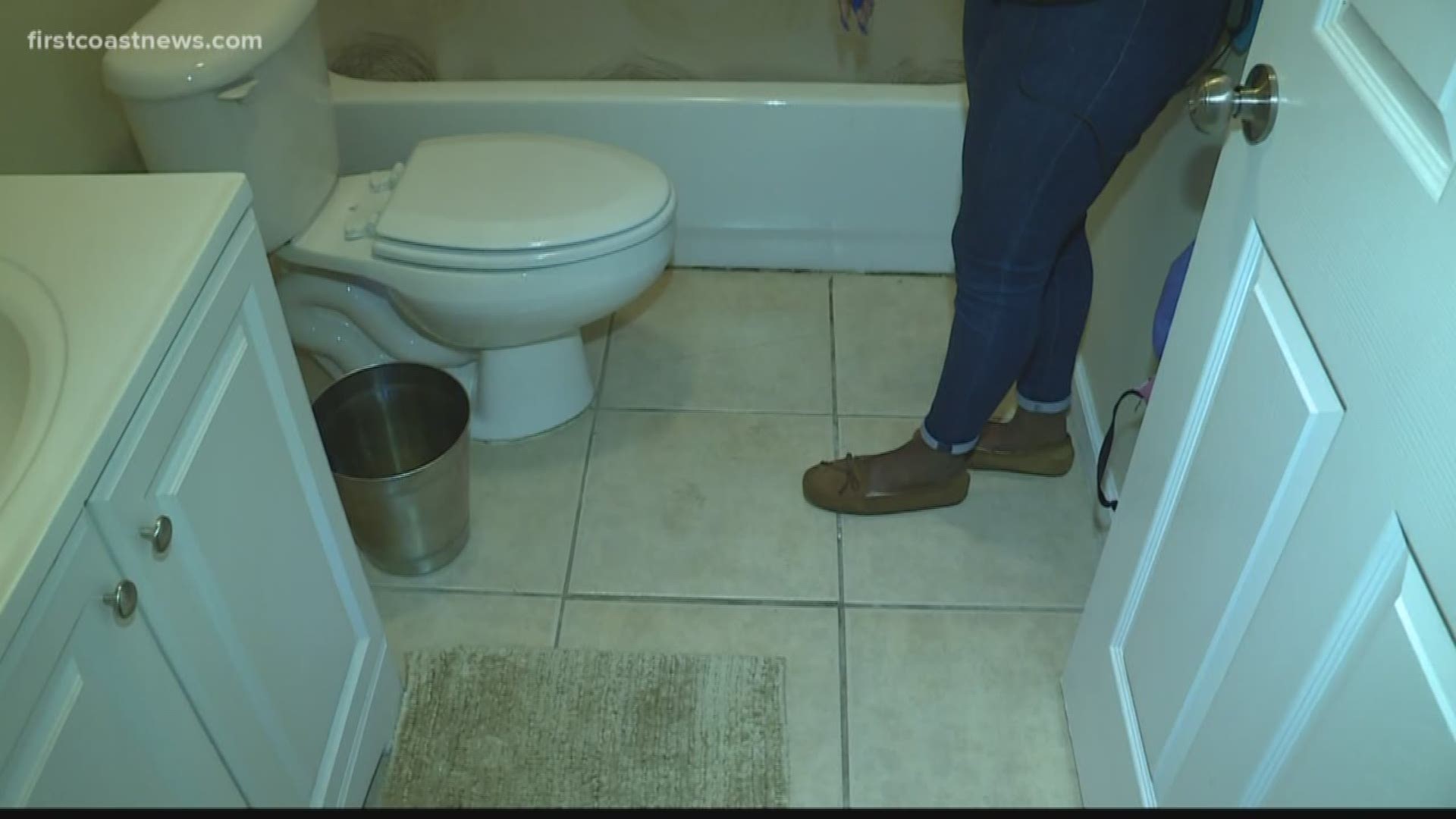 JACKSONVILLE, Fla — In June of 2018, Shereese Ryans signed a lease for a three-bedroom home on Jacksonville's Northside.

Recently, she said living there has become a nightmare.

"There is a major plumbing issue that is ongoing," Ryans said.

She came to an I'm Telling Ken event at the Florida Cracker Kitchen with pictures and videos. She showed us what looked like a sewage backup in the bathtub of the home she rents.

The pictures are from November and December but she said it was not the first time there was a problem at the home.

"They sent two different companies out," Ryans said. "One to soak up the water in my bedroom and another to fix the plumbing in the back, but it is still broken."

The On Your Side team went to her home to see the cause of her complaints.

Most of the damage was cleaned up but Ryans said there is still a leak in one of the bathrooms.

"Under the crack of this toilet that's where it floods every time I was clothes on Sundays, it floods," she said. "If we constantly use this bathroom it floods."

The house is on a septic tank system that has a limited capacity.

But her concerns are not just the bathrooms, Ryans showed us a water leak in the kitchen around the refrigerator.

"This is the area that is always moist; if you can see, it is leaking," she said. "And it is leaking inside as well I keep the bowl back there to catch the water."

It comes down to how fast the landlord responds and the quality of the repair.

"The last work order that I submitted was back in December 2019," she said. "I have not received a response I am just tired at this point."

Florida Landlord-Tenant law requires tenants to make their repair request in writing and state to the landlord he has 'seven days' to make repairs.

On Your Side contacted her property manager, Lighthouse Management.

The agent said they have been responsive. But there are no outstanding requests for repairs.

"We have no reports from here from her; we can't address any issues unless we have been notified. We respond to all requests. If she wants out the lease we will work with her."

With a few months left on her lease Ryans wants out and she is now preparing to move. The On Your Side team advised her to give the landlord a 30-day lease termination notice and she said she will.