In a tweet, PCSO said the plane crashed in the river near Fort Gates Ferry. 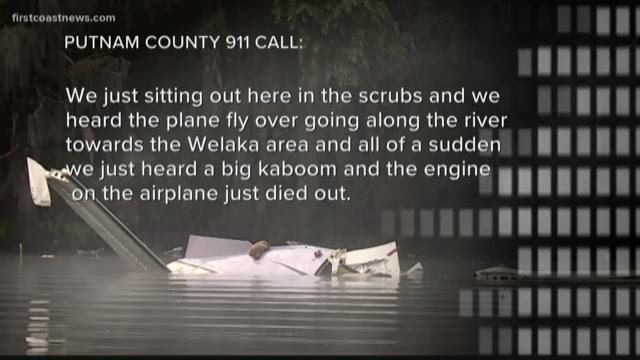 Investigators released the identity of the two men who died from a small plane crash that crashed into a river Tuesday night near Crescent City.

The Putnam County Sheriff's Office said Michael Martin from Georgetown, Florida and Patrick Magie, 56, from Cordova, Alaska, died after their Kodak 100 aircraft landed in the river near the Fort Gates Ferry around 7:29 p.m. It was upside down when authorities responded.

Right now, investigators are working to determine how a small plane lost altitude prior to crashing into a river in Putnam County.

Florida Highway Patrol has asked for additional crew to help with the removal of the aircraft.