'I ripped my arm out of his teeth': St. Augustine Alligator Farm curator describes attack by alligator

Exclusive interview with the Reptiles Curator at the St. Augustine Alligator Farm. He described his experience when a gator attacked him Saturday at the park. 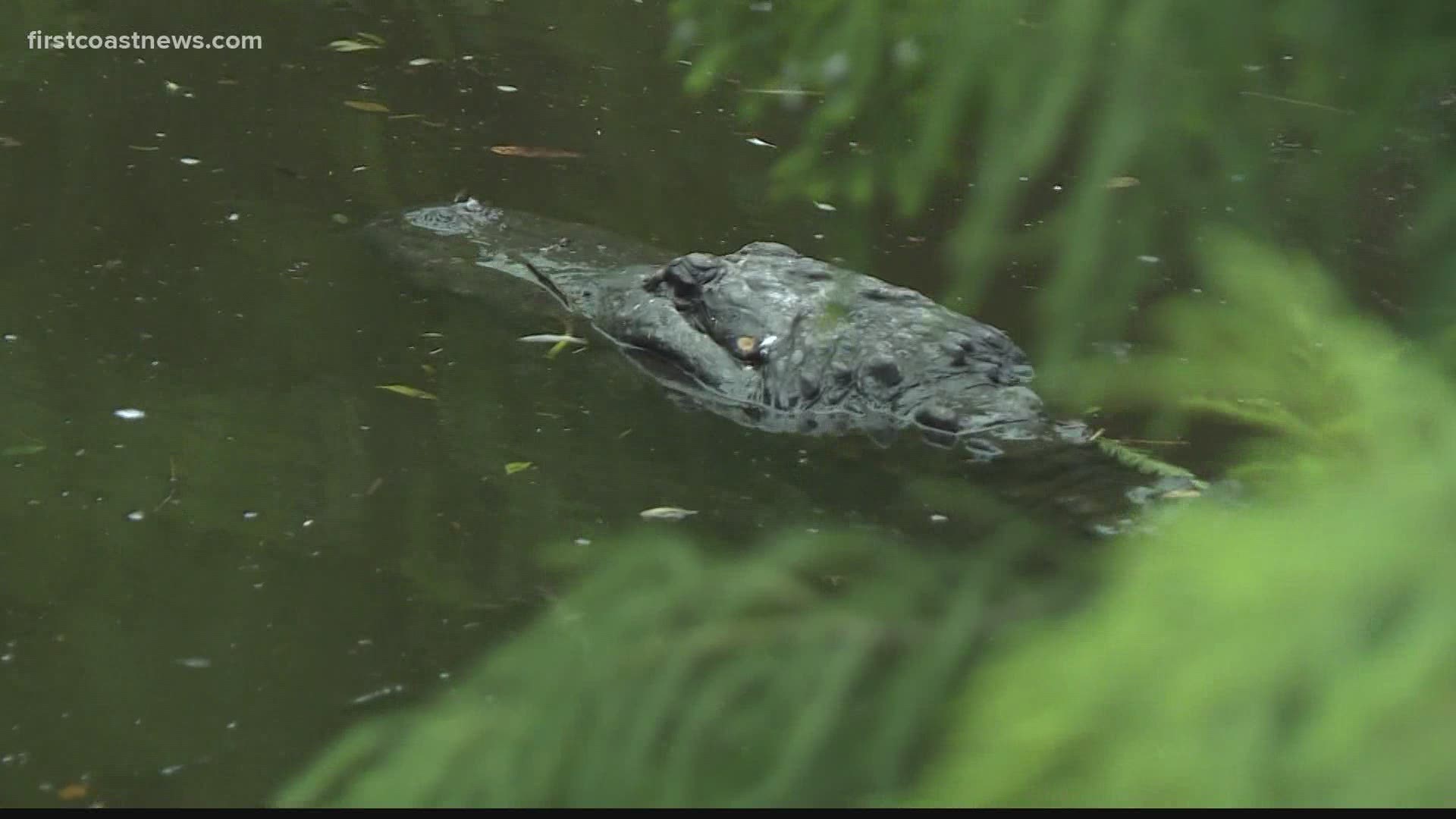 ST. AUGUSTINE, Fla — "It’s wrapped because I had a bunch of stitches," Jim Darlington spoke about his arm, which is now wrapped in bandages.

Darlington is in the hospital Monday, but he is usually at the St. Augustine Alligator Farm. He’s been there for 26 years and is the Curator of Reptiles.

He knows alligators. He even teaches others how to work around them safely, so Saturday was a new experience for him.

The incident happened in the part of the park called "the swamp." An estimated 200 alligators live in that area.

Darlington took a canoe into the water at the park, "to retrieve some dropped photography equipment." But one big alligator, which he calls Bull, saw Darlington, who usually feeds him.

"So he went into a feeding response," Darlington recalled. "He launched out of the water. I stuck my arm up to try to stop him, but he grabbed my arm and yanked me out of the canoe."

But the alligator would not let go.

"His head was so large I couldn’t reach his eyes, the way he had me," he recalled. "I was smacking him in the face pretty good, and I realized I had to get my arm out. So I got my feet on the ground, and I pushed the end of his nose and I ripped my arm out of his teeth."

And Bull the gator still came after him.

"So I hit him a bunch more times," Darlington said. "He was close to my midsection, so I just grabbed his head and shoved him underwater."

Darlington made it to land and escaped. He is sore, he has puncture marks on his arm that required stitches but has no broken bones.

Thinking back to the attack, he said, "Honestly, all I could think of was I don’t want another alligator getting a hold of me because that could’ve been bad."

So why did this happen?

"It was just food motivated," he said. "That alligator, I fed him a lot. He saw me and was highly motivated to beat other alligators to what he hoped I was offering. It wasn’t me he was after. It was what I usually offer. I’m usually giving him the goods."

As for Bull the alligator. He’ll stay at the park. John Brueggen, the park's director said, "It's not the alligator's fault."

The park plans to address what safety protocols could be implemented.

"We have a more stable Jon boat he could’ve been using," Brueggen said. "We have other staff that’s should’ve been with him. Those are things we need to talk about."

Darlington takes ownership of the incident and is grateful too.

"This isn’t lost on me," he said. "I barely escaped certain death."