'I reacted as a husband & father': Mayor Curry addresses weekend Tweets accusing others of infidelity, hinting at beatdown

Jacksonville Mayor Lenny Curry said he would tone things down on Twitter following a weekend of angry, accusatory posts. 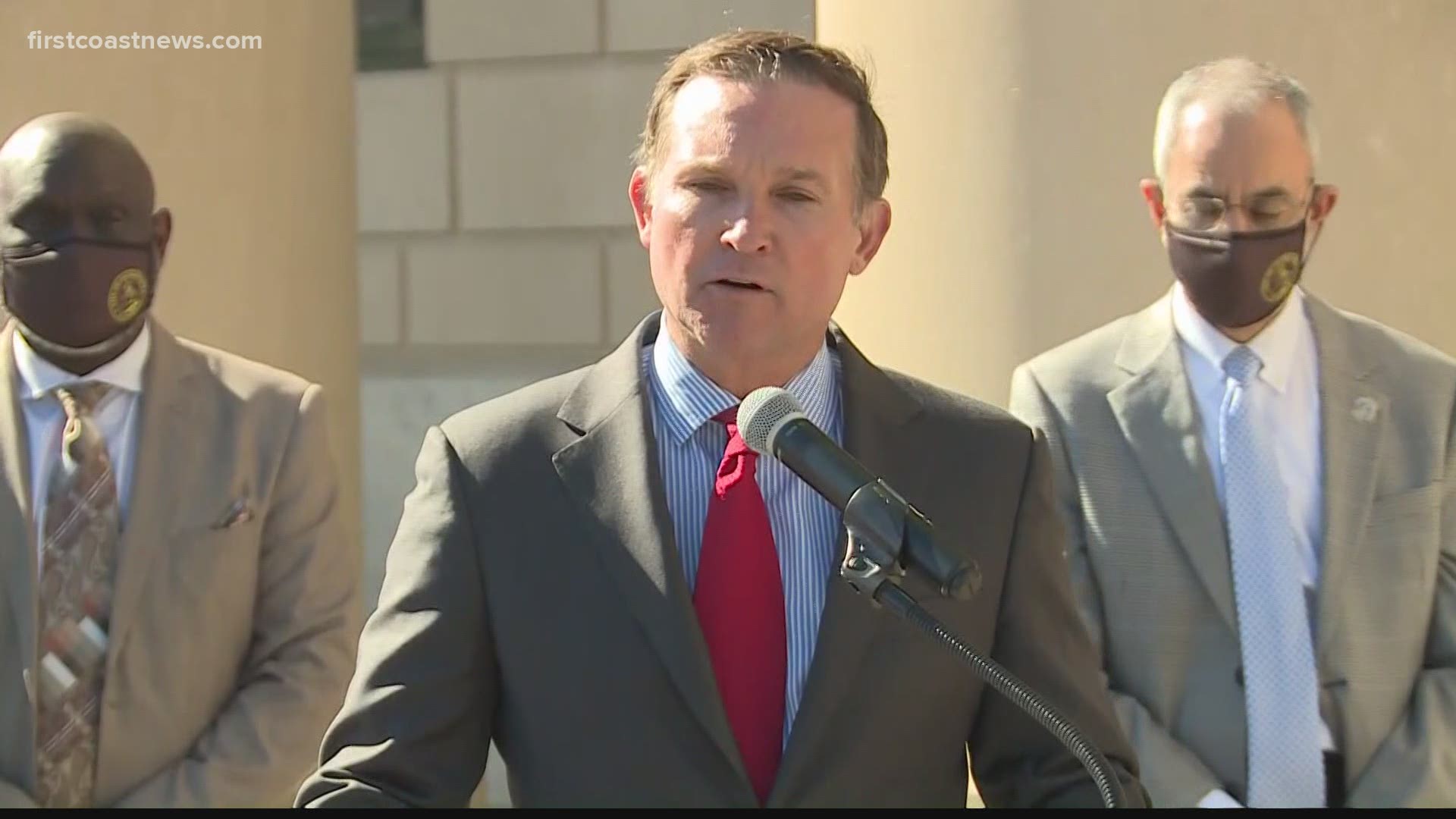 Asked about it at a media event to discuss COVID-19 vaccinations, Curry acknowledged he got caught up in the ugly side of the platform.

"You know, Twitter has the ability to be an amazing platform to communicate with people, give them information they need even to be uplifting at times," said Curry. "But unfortunately, there's a lot of negativity in that space."

That negativity metastasized the first day of the new year, when the mayor responded to a Twitter user insulting his wife, saying "Name the place. Show your face. I’ll be there. "

Curry’s retort drew thousands of likes, but also critical comments from many who questioned his temperament, including City Councilmember Garrett Dennis, a longtime Curry critic.

Dennis noted that he had also been on the receiving end of Curry’s “tough guy talk," and said it cast doubt on his ability to deal with the daily challenges of his job.

Dennis' tweet in turn prompted the head of local police union, Steve Zona, to comment “at least the mayor sticks by his wife,” hinting at an alleged Dennis dalliance with “another woman.”

Curry retweeted Zona, adding the comment, “She Knows. Everyone knows.”

The mayor later deleted that comment but left in place his retweet of Zona, as well as another Tweet from someone else that sought to amplify the allegations against Dennis.

At Monday's press conference, Curry tried to explain his reaction to Dennis.

"An elected official you may be referencing -- for over two years now that individual has personally attacked me and my family. The timeline speaks for itself. You can go see it. I mean, I am his timeline, as is my family. And I have resisted the urge to react."

Curry didn’t apologize for his reaction, but did indicate he wouldn’t repeat it.

"I'm moving on," he said. "Being attacked for years by that elected officials, my family specifically, I got involved in the negativity of it."

He added, "Don't expect to see that again."