'I just feel like she's right here with us': Family of Kentucky teen killed in crash meets recipient of her heart

Jill Hurst's parents remember their daughter as someone who cared deeply about others. After her death, they are still watching her have an impact on life. 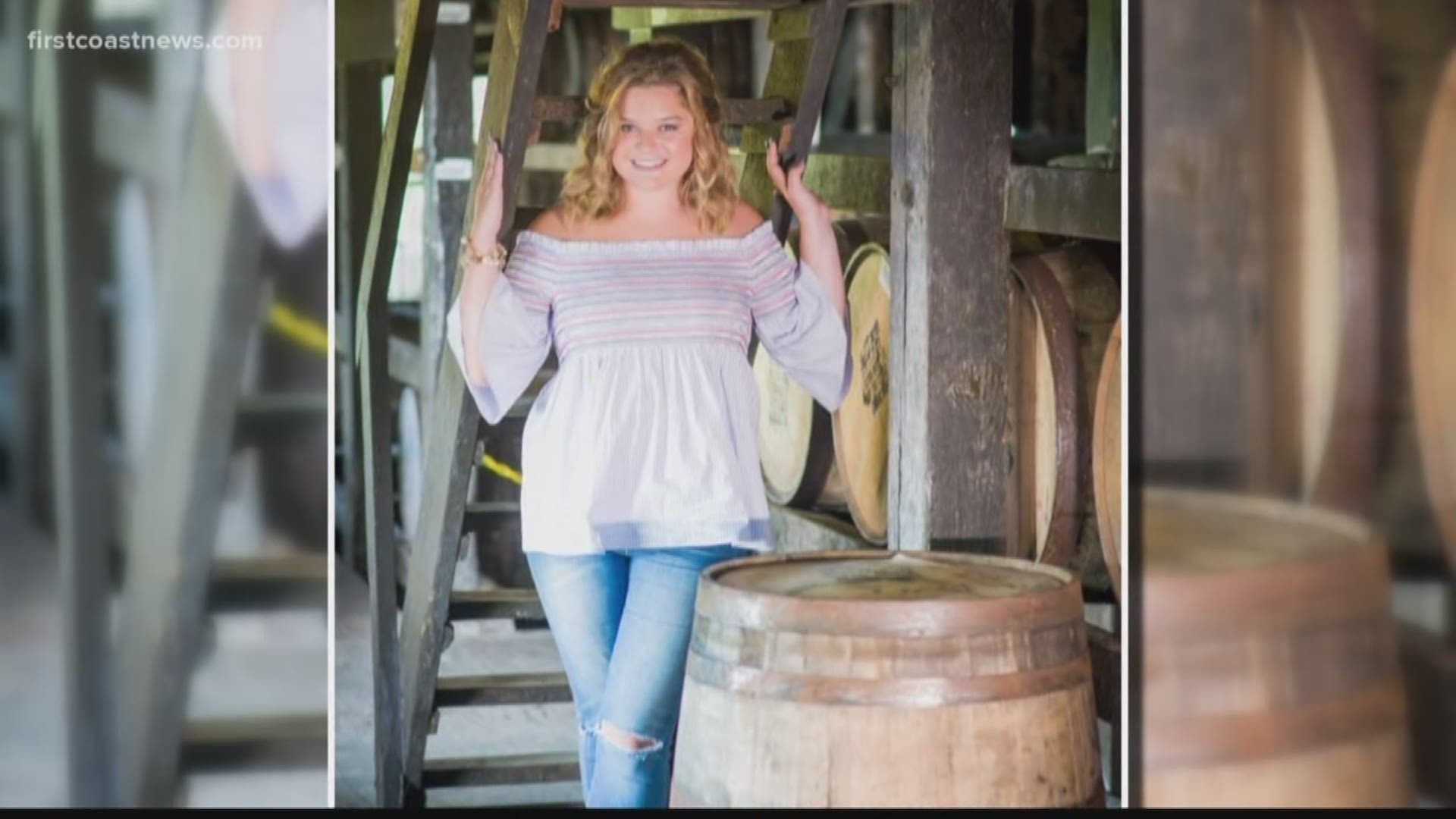 JACKSONVILLE, Fla — A fateful day in September would change the lives of two families across the country forever, eventually bringing them together in a bittersweet reunion at the Mayo Clinic over the weekend.

The family of Jill Hurst describes the 18-year-old as someone who cared deeply about everyone around her.

"She would have done anything for anybody," said Jill Hurst's mother Christy Hurst. "Jill was a good friend. You could always count on her."

A suspect fleeing from police crashed his car into Jill Hurst's car as the teen was leaving a high school football game on Sept. 6. The Kentucky teen succumbed to her injuries on Sept. 14.

The teen's parents said five of her major organs were donated, including her leg bones, skin and corneas.

"For the past few months we have sent letters to [Jill's] organ recipients," Christy Hurst said. "We heard back very quickly from the Sougrim family."

"I just wanted to meet them and say thank you for following through with their daughter's wish," Sougrim said.

Sougrim was diagnosed with congenital heart failure due to a birth defect at 42, receiving treatment for six-and-a-half years until doctors determined he would need a heart transplant.

On the afternoon of Sept. 14, the day Jill Hurst passed, Sougrim was told there was a match.

"Everything is controlled up to that point," Sougrim said. "Once you get into the surgery, there's a lot of variables you don't have control over."

Staff at Mayo Clinic successfully completed the transplant, and by that Saturday morning, Sougrim had Jill Hurst's heart.

"Before, you never thought about the simple things," Sougrim said. "That's the biggest thing. Don't sweat the big stuff. Just worry about now and deal with now."

In an emotional reunion Saturday afternoon, the two families met in person.

"I just prayed that her heart would go to somebody who would represent the heart that she had and the goodness," said Christy Hurst. "And all of her gifts that she shared in life. And I believe that her heart went to the right person."

Hurst's family said the teen had signed up to be an organ donor when she got her driver's license and had talked about wanting to donate her organs if something ever happened.

Now, Christy Hurst hopes to continue to spread the message that being an organ donor can save a number of lives.

"You can never have enough organ donors," she said. "It's important that everybody that can, does."

Click here for information from Mayo Clinic on organ transplants. You can also track how many people need organs in the United States.