'I hate to feel like he was sacrificed, but that’s how I feel': Ahmaud Arbery's sister thanks crowd of hundreds who marched through Brunswick

Hundreds of people marched through Brunswick Saturday demanding justice for Ahmaud Arbery. The march followed a rally organized by the Just Georgia Coalition. 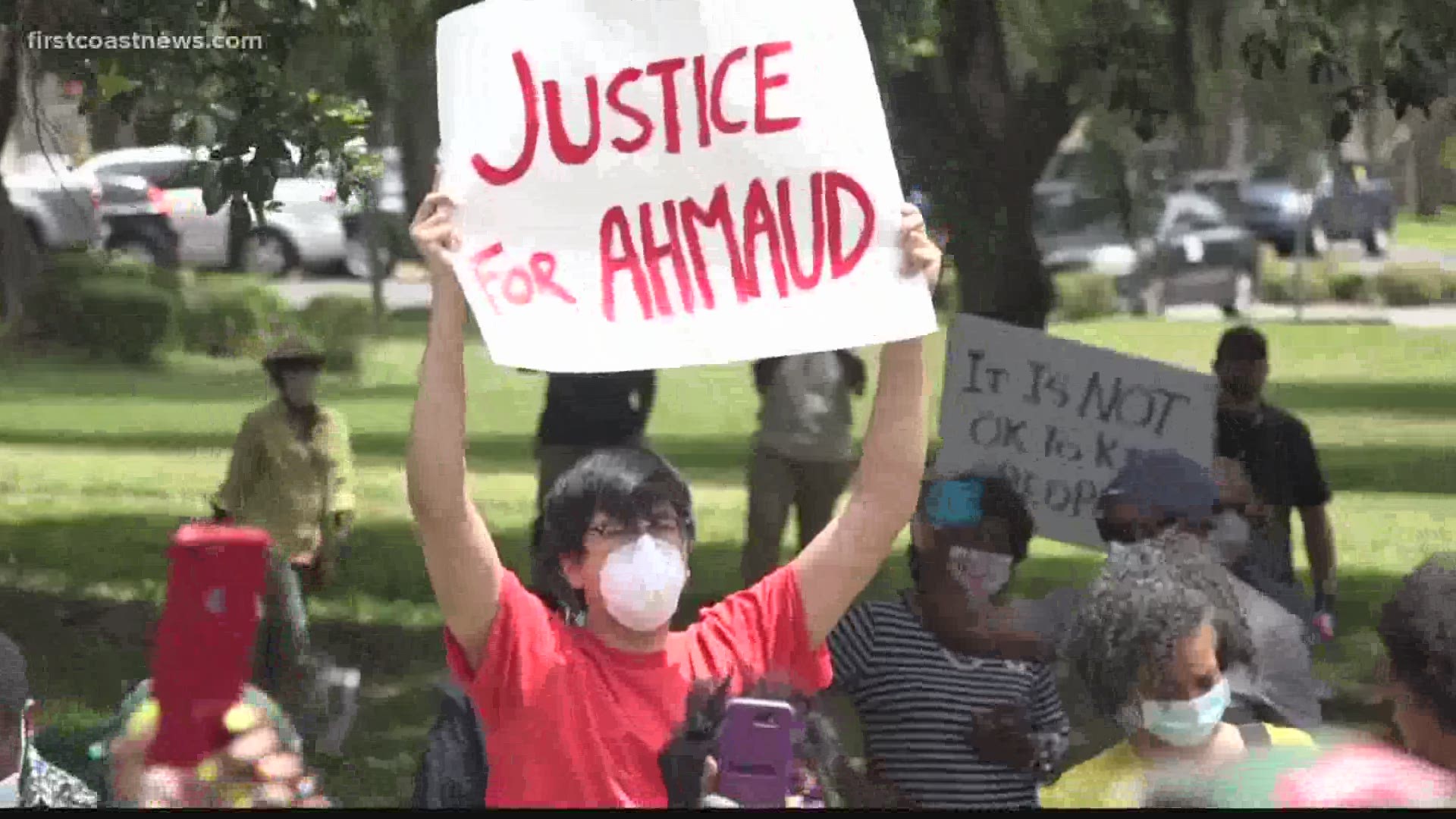 BRUNSWICK, Ga. — Chants for change were heard through the streets of Brunswick Saturday afternoon -- change in the legal system and justice for Ahmaud Arbery. Hundreds from across the state gathered at a rally organized by the Just Georgia Coalition in front of the Glynn County Courthouse.

“This represents everything that advocacy should be,” Christopher Bruce, the political director of the ACLU of Georgia said. “It doesn’t matter if you’re from Brunswick, Atlanta, Columbus. We have people from all across the state coming here to root out injustice."

About 45 cars caravanned from Atlanta, leaving Saturday morning, according to Bruce.

“This is a fight you will have to continue until justice rolls down like water,” one speaker told the crowd.

The crowd called for District Attorneys Jackie Johnson and George Barnhill, who have recused themselves from the case due to conflicts of interest, to resign. The hundreds of people in attendance chanted several times “they’ve got to go.”

“The justice community has once again failed the black community and that’s why people from all creeds from all walks and religions, from all races come together to say we will not accept this type of behavior,” Bruce said.

They then marched through the streets of Brunswick from the courthouse to City Hall, through downtown, and back to the courthouse. The crowd kneeled at the start of the march and took 74 seconds of silence to mark the 74 days from Arbery’s death to when there was an arrest.

“What it represents is that they’re saying we see you,” John Perry, president of the Brunswick NAACP chapter, said about the crowd.

“We hear you and we stand beside you to support you. All throughout the nation in our recent history, there have been incidents like this happening repeatedly, and I believe this is a cry of people saying enough is enough our justice system has to be fair for all people,” Perry said.

Neighbors chanted along with the crowd as they walked by. Arbery’s sister led the march they called the 1,000 Man Stand. She spoke to the crowd on the steps of the courthouse. She thanked the crowd for their continued support for her family.

“He was chosen to be a part of all of our lives and my family members’ standing beside me and that life was chosen for him. I hate to feel like he was sacrificed, but that’s how I feel,” she told the crowd.

Glynn County Sheriff E. Neal Jump walked with the community. He said, “If they want to march, I’ll march right along with them.”

The march ended at Mary Ross Park across the street from the courthouse. Some community members stayed and continued the talk about injustice and misrepresentation in the court system.