Jacksonville City Council members Matt Carlucci and Garrett Dennis said they see the festival as an opportunity for the city. 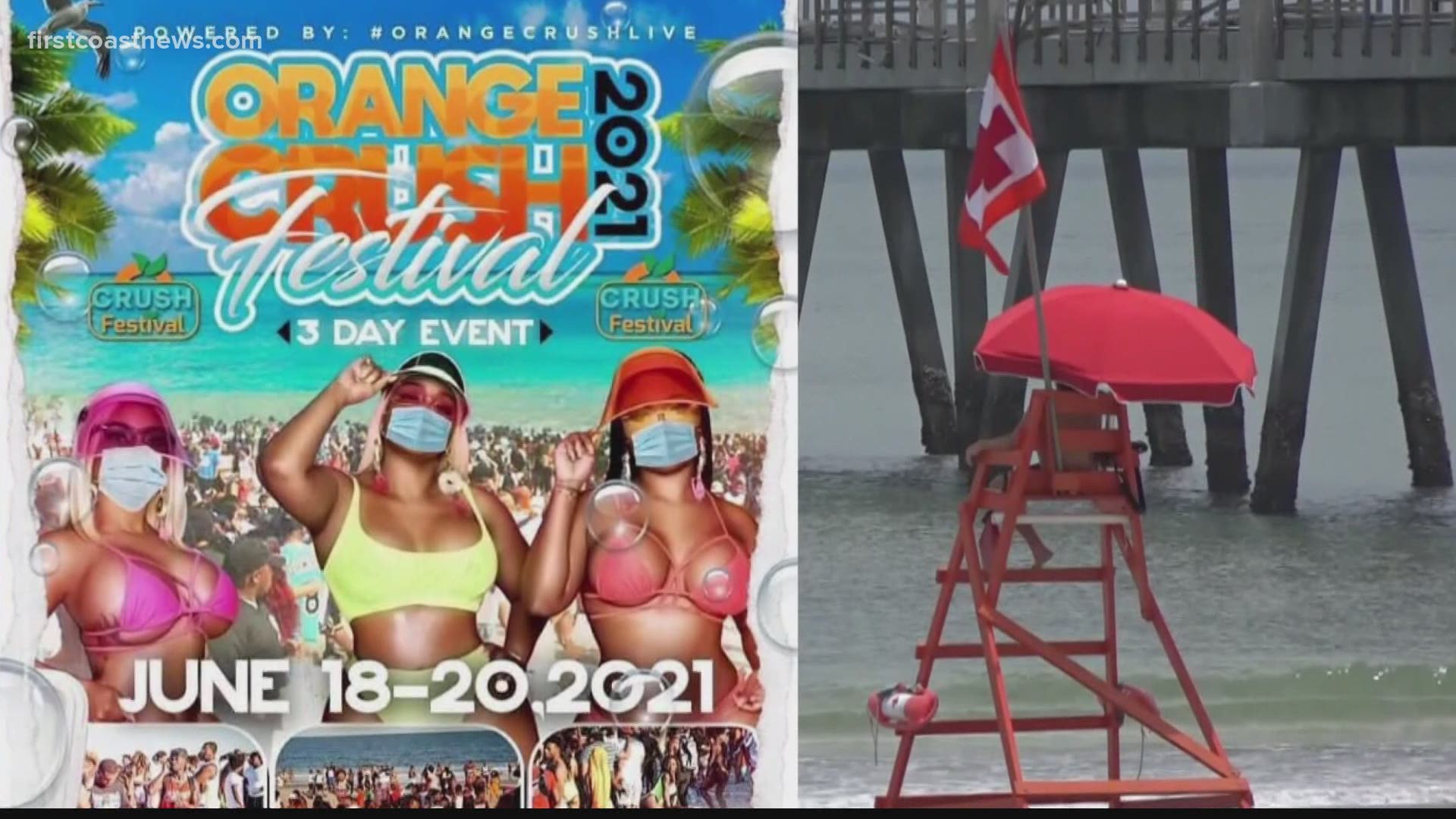 JACKSONVILLE BEACH, Fla. — In less than 10 days, police say anywhere from 5,000 to 13,000 people will make their way to Jacksonville Beach and other parts of the city for the Orange Crush Festival.

The already controversial festival is causing some new controversy after some businesses said they're closing out of safety concerns. It has some people on social media asking whether race was a factor in that decision since the festival draws a largely Black audience of young adults.

Others online say they agree with business owners' decisions to close.

Several leaders in Jacksonville said they welcome the festival, and said no matter the color of your skin, everyone needs to follow the law.

“I think you’re better to welcome people if they're willing to spend money, and if they want to have a party," Jacksonville City Council member Matt Carlucci said.

"Heck, I was that age one time. I liked to party. I still like the party occasionally. So, yeah, let's let's give people the benefit of the doubt," he said.

Carlucci said he sees Orange Crush as an opportunity for the Bold City.

“I know that big numbers of any young people coming to a city can be somewhat concerning, but I prefer to look at this as an opportunity where everybody shows their best sides, and some merchants make some money," he said.

Dennis said he's disappointed to see spots close for the weekend, but said it's the right the owners have.

"I don't want to criticize them as much because that's a business decision. But, I do want to give kudos to those businesses that have decided to stay open, and to reap the windfall of dollars that will be coming through the doors," Dennis said.

According to our news partners at the Florida Times-Union, at the last Orange Crush in 2018 on Tybee Island, police arrested 36 people, including one for discharging a firearm while under the influence. Police also confiscated several guns and drugs.

"I think that with our sheriff's office, and how spread out our city is, I think that we're not going to have any more crime than we already have," Dennis said.

"Regardless of skin color, regardless of ethnic background, you're going to come to our city and enjoy yourself and conduct yourself accordingly," Dennis said.

“I don't look at this as a big threat," Carlucci said. "I think when you start looking at it as big threat, that's when it kind of turns into a big threat. It's an opportunity for everybody to show that they can be responsible and in those kinds of conditions," he said.

Jacksonville Mayor Lenny Curry said Tuesday that he too welcomes the crowds.

"I'm grateful people want to host events in Jacksonville, Florida, and we ought to celebrate all people and work together to have a good time," Curry said.

Curry is working with leaders at the beach to make sure the event is safe as well.

The last time a predominantly Black event was planned for the beaches, Jam Splash, also known as Black College Reunion in 1996, the Jacksonville Human Rights Commission said the city was perceived as inhospitable.