The Jacksonville Fire Rescue Department said the patient had to be extricated from the vehicle. 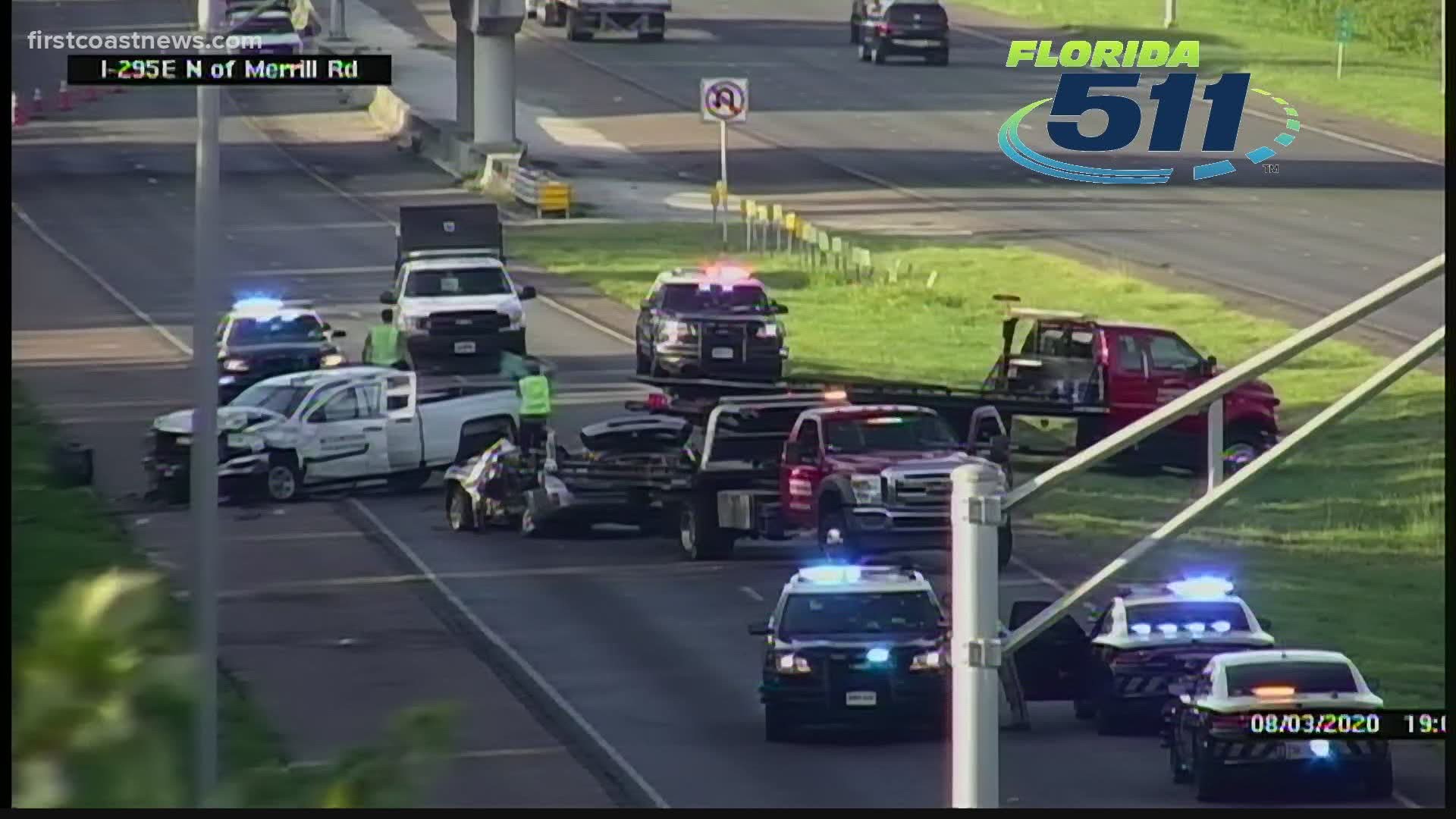 JACKSONVILLE, Fla — The Jacksonville Fire Rescue Department and Florida Highway Patrol were on the scene of a deadly crash that blocked all lanes of I-295 South just before the Merrill Road exit Monday afternoon.

JFRD crews had to extricate a patient who was trapped in a vehicle just before 4 p.m. The patient was taken to the hospital with critical injuries.

Florida Highway Patrol says a white pickup truck was driving south on I-295 when a 31-year-old Jacksonville man driving a silver SUV north on I-295 south of Southside Connector Boulevard drove through the median and into oncoming traffic, colliding with the truck. The driver of the SUV was taken to UF Health, where he was pronounced dead.

All lanes of I-295 South were blocked as crews work to clear the scene. It took several hours for the scene to be fully cleared.

Crews responding to I 295 south just before the Merrill Road exit to motor vehicle accident… Ladder 30 is on scene advising one person is trapped...More crews are in route

RELATED: Lanes open after crash with with 'multiple cars and injuries' on I-10