Wind shear and its affect on hurricanes

Wind shear can make or break a tropical storm or hurricane. Oftentimes, it helps rip these storms apart. 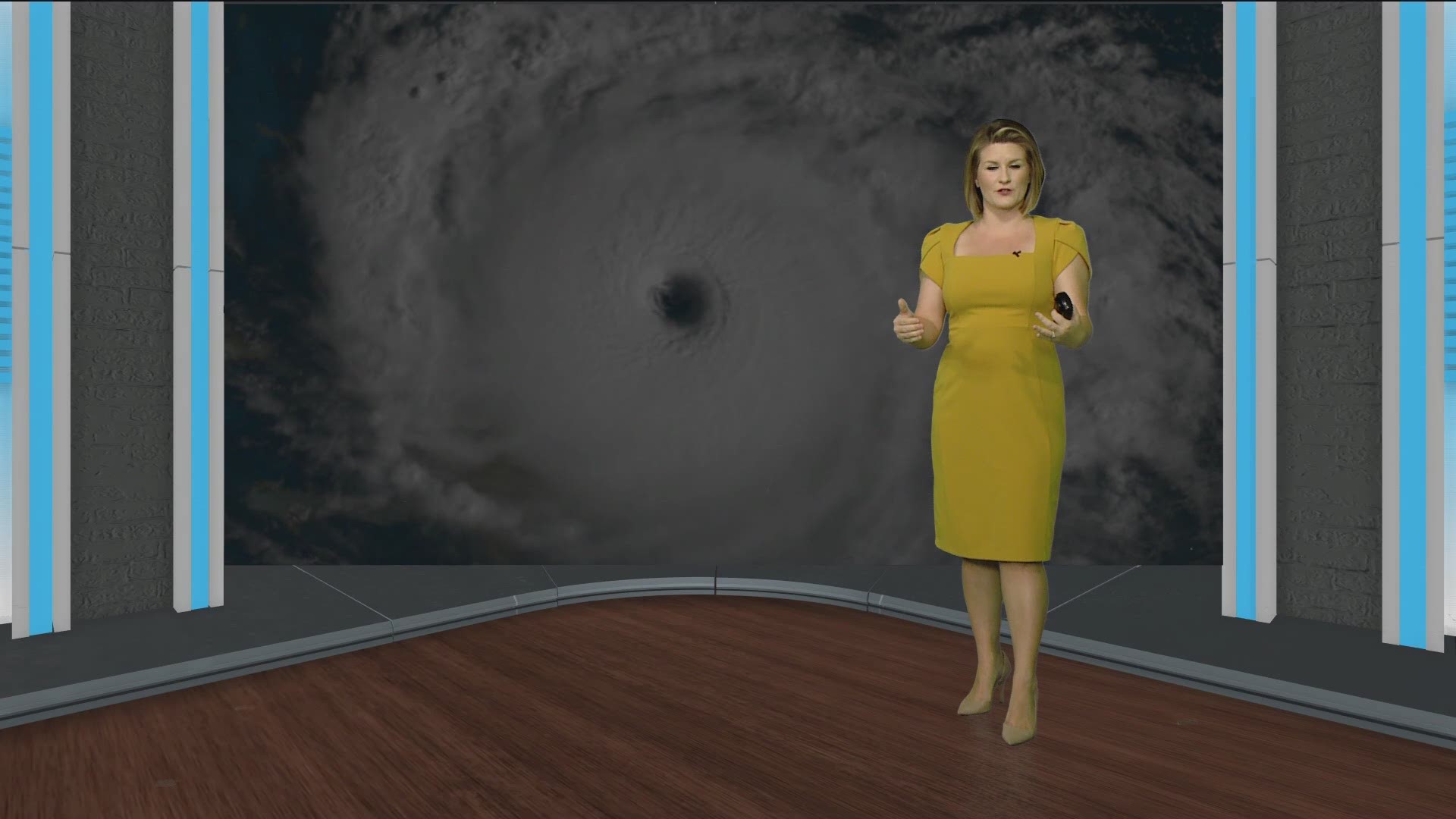 JACKSONVILLE, Fla. — Wind shear is brought up often during tropical forecasting because it can make or break a storm. It's one of the most critical factors when talking about the formation or destruction of a cyclone.

Wind shear simply put is this - a change in wind speed or direction, typically as you go up into the atmosphere. This is known as vertical wind shear.

Strong wind shear usually occurs when the jet stream extends over tropical waters and creates a zone of rapidly increasing wind speed as you go up into the atmosphere.

When a tropical system encounters strong vertical wind shear, the top of the tropical storm or hurricane can be blown hundreds of miles downstream.

This can cause the storm to become lopsided, pull in drier air, and eventually weaken dramatically.

There are, on the other hand, occasional cases where a little wind shear causes a tropical cyclone to strengthen.

Low-to-moderate wind shear can push a tropical cyclone into warmer waters, which are more favorable for development.

It’s even possible that low to moderate wind shear blowing from the same direction as the rotation of the storm could cause the storm to spin faster and strengthen.

As you track storms this hurricane season with First Coast News, remember this general rule of thumb.

The shear typically must be 20 knots or less for intensification to occur.

Most instances of rapid intensification of hurricanes occur when the wind shear is 10 knots or less.

However, large hurricanes can handle shear values as high as 40 knots.

Here's an example of wind shear impacting a storm moving just off Florida's coast in late July, early August of 2020: