Where to expect tropical systems to form month by month

During the Atlantic hurricane season, tropical systems will originate in different parts of the basin depending on what time of year it is. 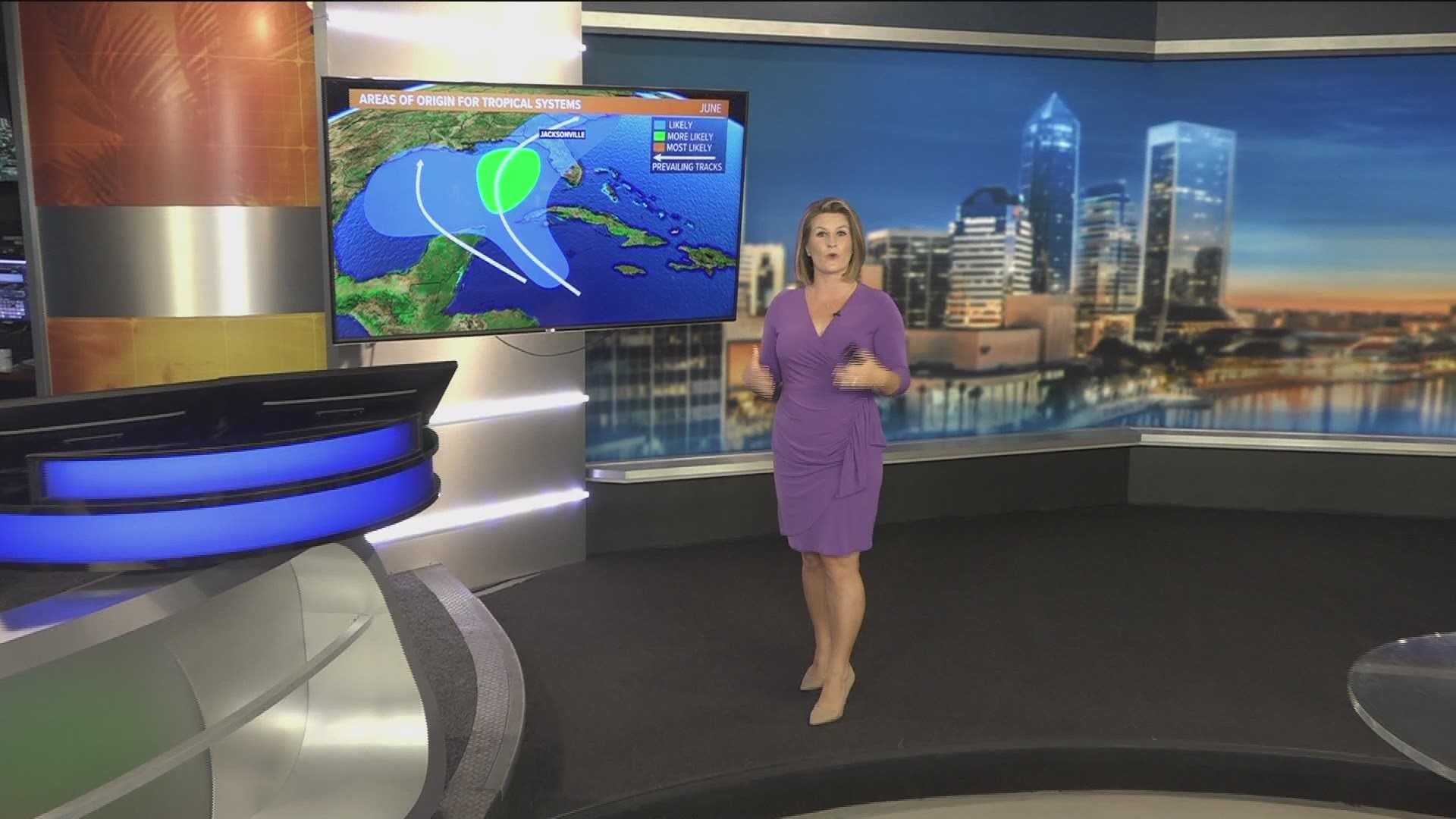 JACKSONVILLE, Fla. — The Atlantic hurricane season runs officially from June 1 through November 30. The season gets busier as we head into August, September, and October with the climatological peak occurring around September 10.

There is a secondary peak around the middle of October that is mainly for the Caribbean Sea and the Gulf of Mexico region. After this second peak, the number of storms drops off quickly through the end of the season.

But where do storms form and when? Climate data can tell us a lot about this. The next few graphics show the areas of origin and prevailing tracks for the big turning points of the Atlantic hurricane season.

From June through August, the areas of origin shift from the Caribbean Sea and Gulf of Mexico into the Atlantic Ocean as water temperatures become warmer. By August, we also watch as more disturbances come off the African coast more and more often.

Credit: WTLV
June climatology for where tropical systems originate. Similar set up this week! We'll keep an eye on the southern Caribbean, but it looks like the energy would stay west of the First Coast.

As the season progresses into October, the water temperatures in the Atlantic Ocean start to cool and wind shear increases. This means the majority of tropical development and activity shift back into the Caribbean Sea and Gulf of Mexico. This is also where water temperatures are usually still very warm.

Most storms that do form in the Caribbean Sea or Gulf of Mexico and move north and then northeastward as the storm usually gets carried away by an eastward-moving trough. Depending on the exact circumstances, this setup can often bring storms close to the Florida peninsula.

Credit: WTLV
From June through August, the areas of origin shift from the Caribbean Sea and Gulf of Mexico into the Atlantic Ocean as water temperatures become warmer and disturbances coming off the African coast can form more readily.

A similar situation occurs for any storms that form during the last month of the season, although the number of storms is significantly less by then.

Credit: WTLV
As the season progresses into October, the water temperatures in the Atlantic Ocean start to cool and wind shear increases, so the majority of the tropical activity shifts back into the Caribbean Sea and Gulf of Mexico.